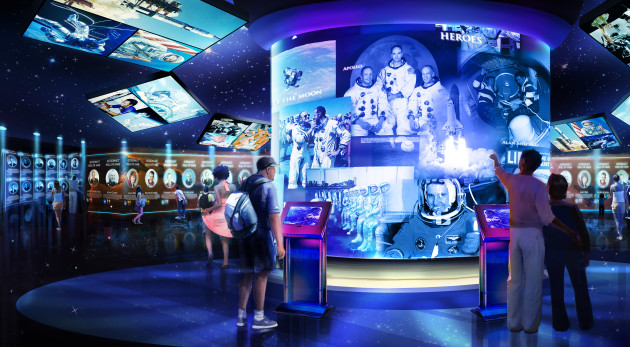 Cape Canaveral, FL, USA (May 29, 2015) – KENNEDY SPACE CENTER – Kennedy Space Center Visitor Complex today broke ground on a next-generation attraction designed to touch the hearts and minds of the next generation of space explorers – Heroes and Legends, featuring the U.S. Astronaut Hall of Fame, scheduled to open in 2016.

Held on the eve of this year’s U.S. Astronaut Hall of Fame Induction, the groundbreaking ceremony featured a large gathering of astronauts, including many hall of fame members. This year also marks the 25th anniversary of the hall of fame.

Also speaking at the groundbreaking celebration was Cecil Magpuri, president and chief creative officer of Falcon’s Treehouse in Orlando, the firm designing Heroes and Legends. 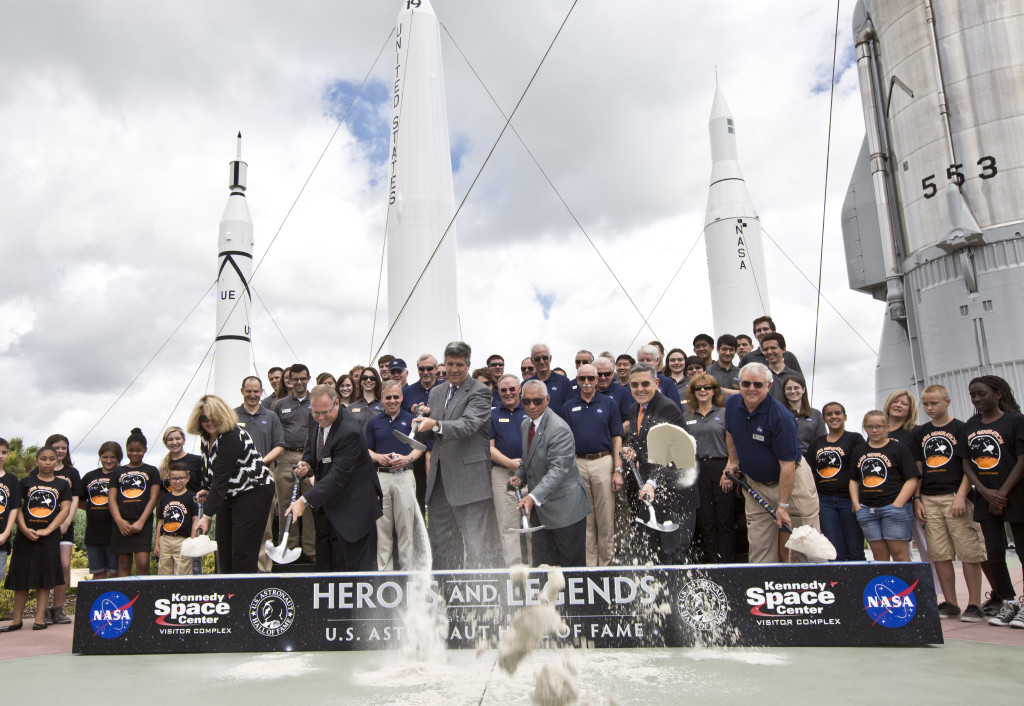 Heroes and Legends will not only bring to life the enthralling stories of America’s pioneering astronauts, but also invite guests to vicariously experience the thrills and dangers of America’s earliest missions through high-tech elements and special effects, including simulated holograms and augmented reality.

The highlight of Heroes and Legends is a 3D omnidirectional theater, designed to make guests feel as though they are floating in the vastness of space. Stunning images will envelope them as legendary astronauts, including Alan Shepard, John Glenn, Jim Lovell and Neil Armstrong, invite them to join in their epic journeys into the vast unknown. 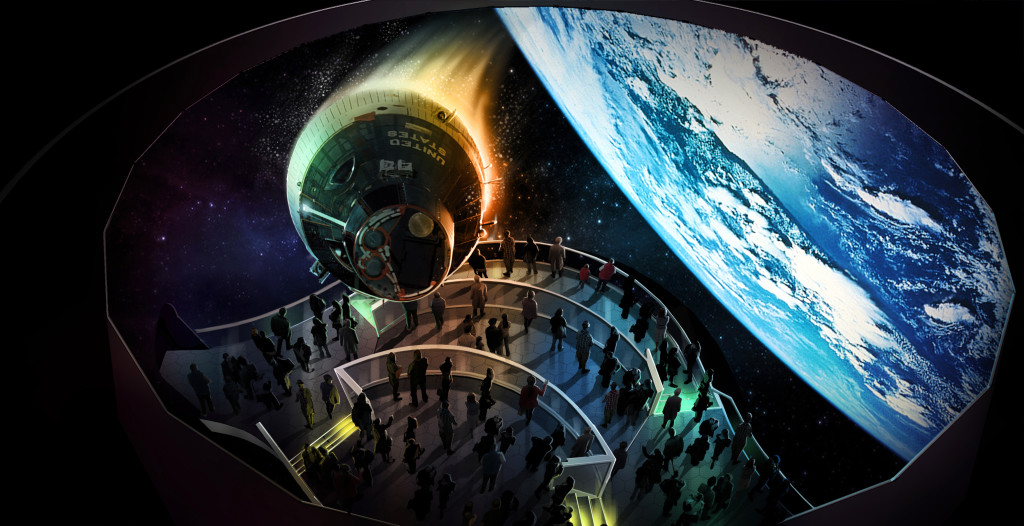 “Heroes and Legends promises to speak to the hearts and minds of all generations, from those who bore witness to some of America’s first space launches, to those who dream of someday being among the first to set foot on Mars,” Cabana said.

Located just inside the Ticket Plaza and adjacent to the Rocket Garden, Heroes and Legends will be the first stop for guests as they make their way into Kennedy Space Center Visitor Complex, setting the tone for their entire experience.

During the ceremony, Protze explained the significance of holding the groundbreaking on the 25th anniversary of the U.S. Astronaut Hall of Fame, with many hall of fame astronauts in attendance.

“Today, we take the dream that was first conceived by America’s space pioneers, and give it a new life, a new incarnation, befitting the service and sacrifice of all those who dared to follow in their footsteps – many of whom are in the room with us today,” he said. “I know I speak for all of those involved when I say, we could not be more proud to create this attraction in your honor.”

Partners in the design and construction of Heroes and Legends also were present for the groundbreaking ceremony, including BRPH, Electrosonic, Falcon’s Treehouse, HW Davis, and The Nassal Company.

Joe Kleimanhttp://wwww.themedreality.com
Raised in San Diego on theme parks, zoos, and IMAX films, Joe Kleiman would expand his childhood loves into two decades as a projectionist and theater director within the giant screen industry. In addition to his work in commercial and museum operations, Joe has volunteered his time to animal husbandry at leading facilities in California and Texas and has played a leading management role for a number of performing arts companies. Joe has been News Editor and contributing author to InPark Magazine since 2011. HIs writing has also appeared in Sound & Communications, LF Examiner, Jim Hill Media, and MiceChat. His blog, ThemedReality.com takes an unconventional look at the attractions industry. Follow on twitter @ThemesRenewed Joe lives in Sacramento, California with his fiancé, two dogs, and a ghost.
Share
Facebook
Twitter
Linkedin
Email
Print
WhatsApp
Pinterest
ReddIt
Tumblr
Previous articleEXHIBITOR Magazine Accepting Entries for EXPO Milano 2015 Awards
Next articleJustice League Fights Evil in New 4D Dark Ride Shooter at Six Flags St Louis