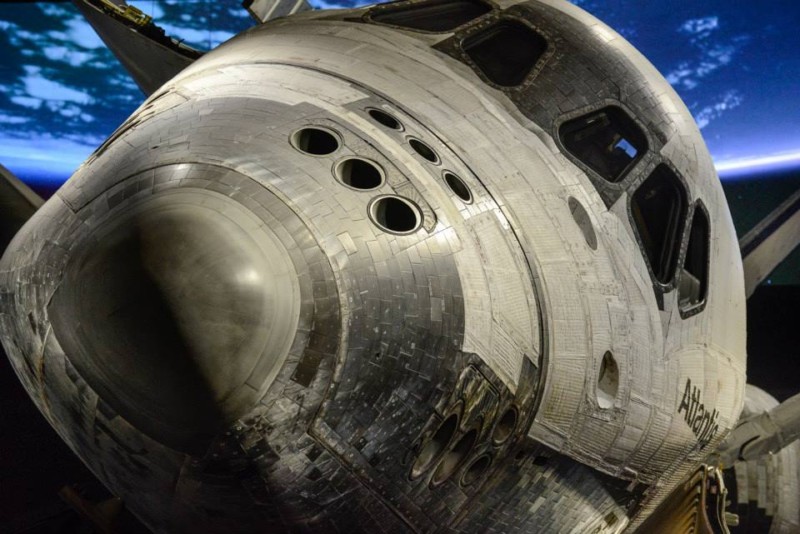 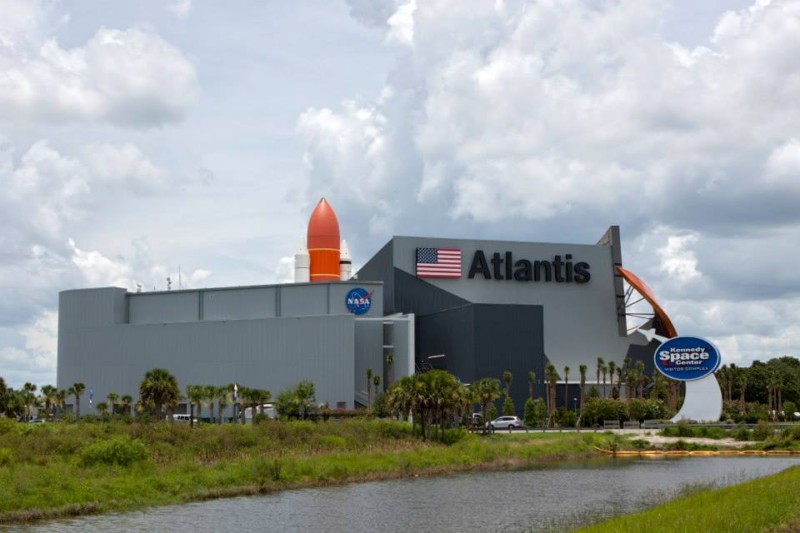 Of the three space-flown orbiters distributed by NASA to science centers and museums throughout the country, only Atlantis is the focal point of a $100 million, 90,000-square-foot attraction containing four multimedia and cinematic productions and more than 60 interactive experiences that invite guests to “be the astronaut” and to celebrate the people, passion and patriotism behind the shuttle program. 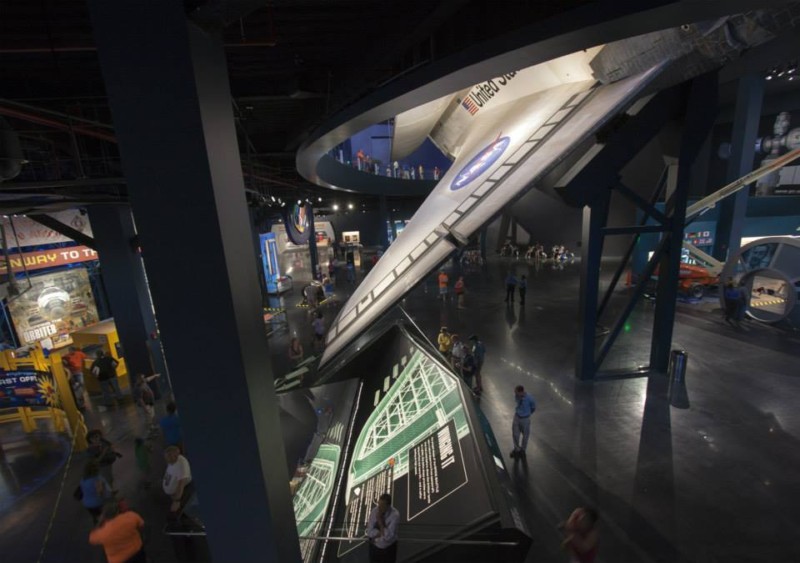 At Space Shuttle Atlantis can guests come literally nose to nose with an actual space shuttle orbiter that flew in space 33 times and still bears the scars, scorch marks and space dust of its last mission. Only at Space Shuttle Atlantis can guests get a nearly 360-degree view of Atlantis as only astronauts have seen it before, tilted on its side at a 43.21-degree angle, seeming to float in space with its payload bay doors open and its robotic arm extended, as if it has just undocked from the International Space Station (ISS). And only at Kennedy Space Center can guests say they saw a shuttle at the home of human spaceflight, where all 135 space shuttle missions from 1981 to 2011 were launched and processed. 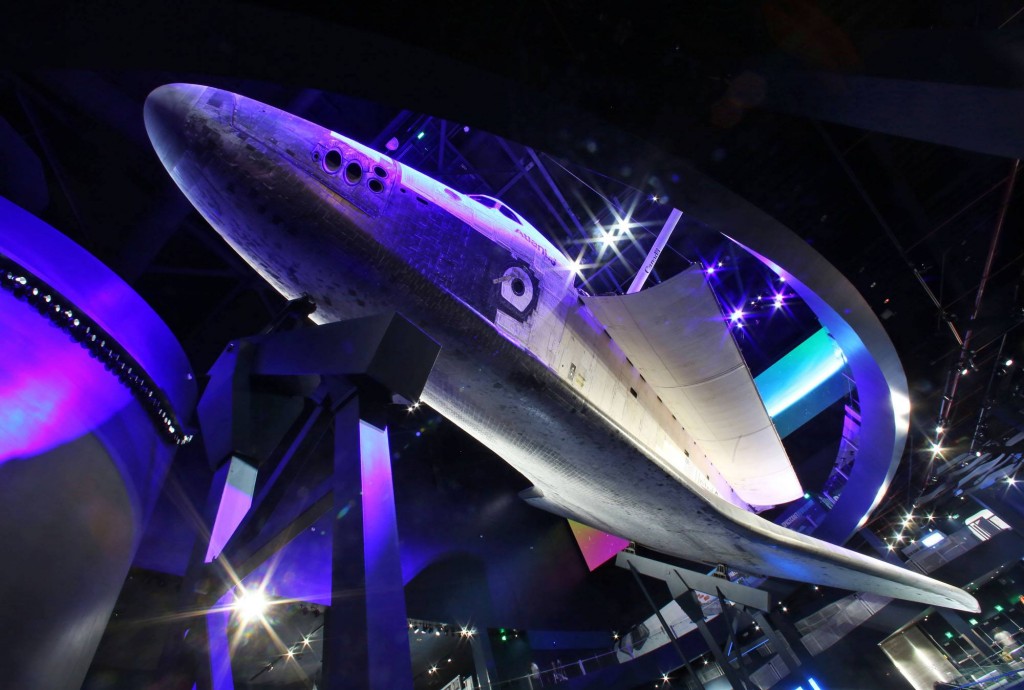 “It’s true that there is more than one space shuttle orbiter out there, but there is nowhere else on Earth like Space Shuttle Atlantis,” said Bill Moore, chief operating officer of Kennedy Space Center Visitor Complex. “This completely immersive experience is about much more than seeing Atlantis close up. With hi-fi replicas, simulators and interactive activities touching on all aspects of the shuttle program and its accomplishments, including the Hubble Space Telescope and the International Space Station,  it’s the closest guests can get to living and working in space – short of applying to the astronaut corps.”

Other highlights and thematic areas include: 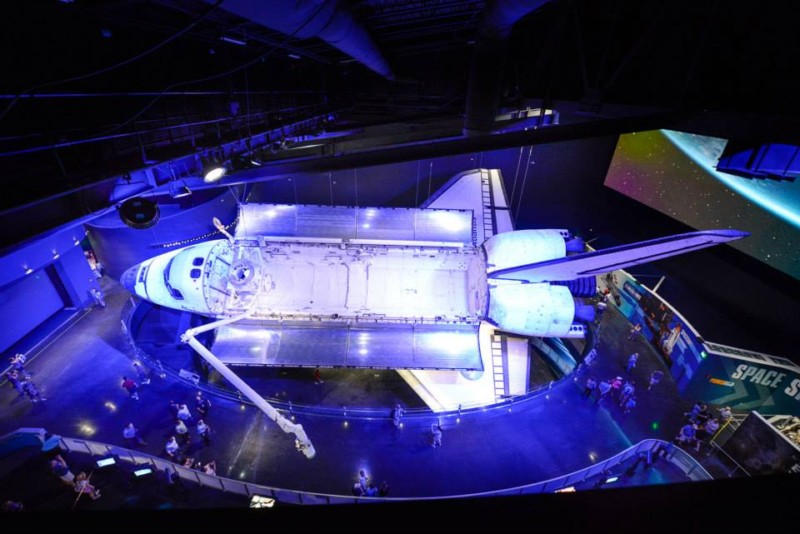 Joe Kleimanhttp://wwww.themedreality.com
Raised in San Diego on theme parks, zoos, and IMAX films, InPark's Senior Correspondent Joe Kleiman would expand his childhood loves into two decades as a projectionist and theater director within the giant screen industry. In addition to his work in commercial and museum operations, Joe has volunteered his time to animal husbandry at leading facilities in California and Texas and has played a leading management role for a number of performing arts companies. Joe previously served as News Editor and has remained a contributing author to InPark Magazine since 2011. HIs writing has also appeared in Sound & Communications, LF Examiner, Jim Hill Media, The Planetarian, Behind the Thrills, and MiceChat His blog, ThemedReality.com takes an unconventional look at the attractions industry. Follow on twitter @ThemesRenewed Joe lives in Sacramento, California with his wife, dog, and a ghost.
Share
Facebook
Twitter
Linkedin
Email
Print
WhatsApp
Pinterest
ReddIt
Tumblr
Previous articleSaint Louis, USA: Haley Sharpe Design plays key role on Gateway Arch grounds rejuvenation project
Next articleThe Woods at Universal Studios Florida Hold a Cabin with a Frightening Secret