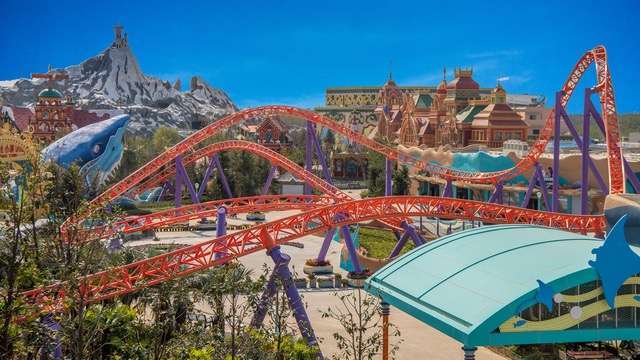 Signaling the start of a measured return to business as usual, Legacy Entertainment has announced that Shanghai Haichang Ocean Park resumed limited operations Friday, March 20 after a short-term closure. The park had ceased operations on January 24 as a preventative safety measure in response to the COVID-19 outbreak. This phased roll-out will feature a number of new safety precautions, including limited capacities in both indoor and outdoor areas and temperature checks, as well as a suspension of cash transactions.

“These last two months have been among the most challenging our industry has ever encountered,” said Barry Kemper, Legacy’s Chief Operating Officer. “We deeply admire the leadership shown by our Shanghai Haichang Ocean Park partners and clients in the face of this great adversity. Their thoughtful and carefully considered actions are setting a model for the rest of the world to follow. We are confident that other theme park and themed entertainment owners and operators will soon be looking to Haichang and others as they cautiously take the first steps back towards normalcy.”

The positive news about the re-opening of the Haichang Ocean Park follows the recent announcement that Legacy had been selected by Shenzhen, China-based Overseas Chinese Town Enterprises Co.(OCT), the country’s largest Theme Park owner and operator, to design its upcoming Happy Valley theme park in Zhengzhou, China.

Elsewhere across Asia, Legacy is reporting several other significant project milestones, each signaling a vote of confidence in the future of Location Based Entertainment across the region. Lotte’s Magic Forest theme park, currently under-construction in Busan, South Korea, recently affirmed its commitment to a Summer 2021 opening, while on the Vietnamese island of Phu Quoc, The Sea Shell Aquarium at the upcoming VinWonders theme park remains on-track for a Summer 2020 debut.

Joe Kleimanhttp://wwww.themedreality.com
Raised in San Diego on theme parks, zoos, and IMAX films, InPark's Senior Correspondent Joe Kleiman would expand his childhood loves into two decades as a projectionist and theater director within the giant screen industry. In addition to his work in commercial and museum operations, Joe has volunteered his time to animal husbandry at leading facilities in California and Texas and has played a leading management role for a number of performing arts companies. Joe previously served as News Editor and has remained a contributing author to InPark Magazine since 2011. HIs writing has also appeared in Sound & Communications, LF Examiner, Jim Hill Media, The Planetarian, Behind the Thrills, and MiceChat His blog, ThemedReality.com takes an unconventional look at the attractions industry. Follow on twitter @ThemesRenewed Joe lives in Sacramento, California with his wife, dog, and a ghost.
Share
Facebook
Twitter
Linkedin
Email
Print
WhatsApp
Pinterest
ReddIt
Tumblr
Previous articleSCAD closing Hong Kong campus June 2020
Next articlePandemic inspires fabricator Daniels Wood Land to quickly shift gears to PPE production