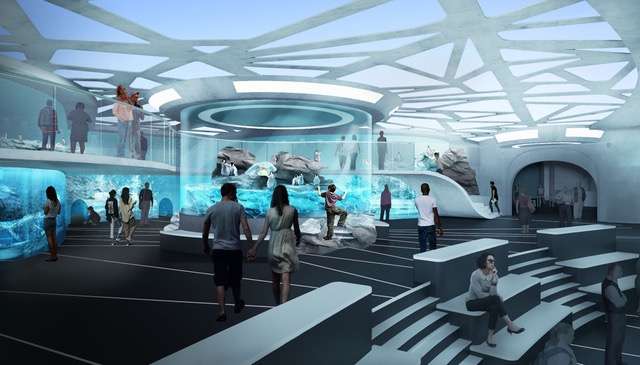 Vietnam’s island resort destination of Phú Quốc newest attraction, “The Sea Shell,” will make its debut in early 2020. Developed by Vinpearl, the leisure division of Vietnam’s Vingroup real estate company as part of an all-new theme park development, The Sea Shell will be one of the most unique and technologically advanced aquarium facilities in the world.

Hollywood-based Legacy Entertainment helped to develop the project’s iconic turtle-inspired architectural statement. “With every project we take on, we like to be inspired by local stories,” said Taylor Jeffs, the firm’s President and Chief Creative Officer. “In Vietnam, even before working on this project, we had been fascinated by Vietnamese mythology relating to turtles. So when this project began, it was one of the first ideas we honed in on.”

To make the dream a reality, Australia’s Advanced Aquariums Technologies (AAT) was also engaged, ensuring that The Sea Shell would be among the most modern and humane aquarium facilities on the planet. Jason Vanhinnisdael, AAT’s Business Development Manager, says, “From the ample tank design, to the state-of-the-art Life Support Systems, Vinpearl’s Sea Shell will be a model for all other aquarium developers moving forward.”

The Sea Shell is one component of the Vinpearl Land master plan which is set to greatly expand the range of tourism offerings on Phú Quốc Island. Other elements currently under-construction include expansive Theme Park and Water Park offerings, as well as an expansion of their existing Resort facilities. Additional details will be made available in the coming months.

Joe Kleimanhttp://wwww.themedreality.com
Raised in San Diego on theme parks, zoos, and IMAX films, InPark's Senior Correspondent Joe Kleiman would expand his childhood loves into two decades as a projectionist and theater director within the giant screen industry. In addition to his work in commercial and museum operations, Joe has volunteered his time to animal husbandry at leading facilities in California and Texas and has played a leading management role for a number of performing arts companies. Joe previously served as News Editor and has remained a contributing author to InPark Magazine since 2011. HIs writing has also appeared in Sound & Communications, LF Examiner, Jim Hill Media, The Planetarian, Behind the Thrills, and MiceChat His blog, ThemedReality.com takes an unconventional look at the attractions industry. Follow on twitter @ThemesRenewed Joe lives in Sacramento, California with his wife, dog, and a ghost.
Share
Facebook
Twitter
Linkedin
Email
Print
WhatsApp
Pinterest
ReddIt
Tumblr
Previous articleScruffy Dog designing Colormotion FEC in Riyadh
Next articleWhiteWater projects win WWA Leading Edge Awards; Andrew Mowatt inducted into WWA Hall of Fame