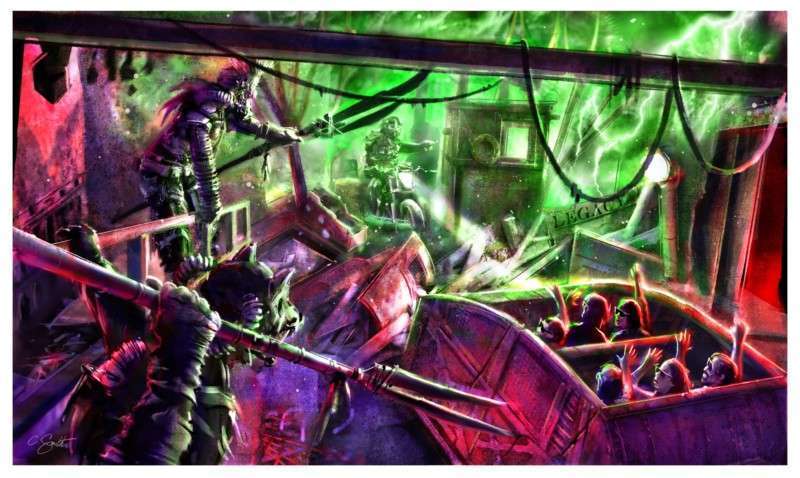 Following the November 2018 announcement of two all-new theme parks coming to Indonesia later this year, Trans Studio has revealed details on the first of several signature attractions in the works. ROAD RAGE, the signature dark ride that will serve as an anchor attraction at Trans Studio Bali, is being billed as the world’s first “Stunt Show Dark Ride,” in that it will break new ground with its integration of live performers and high-octane stunts  .

The attraction features design and production by Legacy Entertainment, a dynamic ride system from Oceaneering, and is capped with an original musical score by Benoit Jutras, known for his compositions for Cirque du Soleil and Dragone.

“For the first time ever, visitors to an Indonesian theme park will experience a dark ride that exceeds those in many of the world’s top international theme parks” says Lee Roe, Legacy’s Creative Director for the project. He adds “We love working with Trans Studio because they’re pioneers. They have no interest in rehashing what’s been done elsewhere. Our teams are united by a singular creative challenge- to create the best regional park dark rides ever imagined.”

More details will be released soon, including additional details about Road Rage and the other signature attractions under-development for Trans Studio Bali and Trans Studio Cibubur.

Joe Kleimanhttp://wwww.themedreality.com
Raised in San Diego on theme parks, zoos, and IMAX films, InPark's Senior Correspondent Joe Kleiman would expand his childhood loves into two decades as a projectionist and theater director within the giant screen industry. In addition to his work in commercial and museum operations, Joe has volunteered his time to animal husbandry at leading facilities in California and Texas and has played a leading management role for a number of performing arts companies. Joe previously served as News Editor and has remained a contributing author to InPark Magazine since 2011. HIs writing has also appeared in Sound & Communications, LF Examiner, Jim Hill Media, The Planetarian, Behind the Thrills, and MiceChat His blog, ThemedReality.com takes an unconventional look at the attractions industry. Follow on twitter @ThemesRenewed Joe lives in Sacramento, California with his wife, dog, and a ghost.
Share
Facebook
Twitter
Linkedin
Email
Print
WhatsApp
Pinterest
ReddIt
Tumblr
Previous article
Josh Powers joins IAAPA as Executive Vice President and Chief Financial Officer
Next article
Barco introduces Medialon Showmaster version 2.7