Legendary Partnership at Universal to Include Theme Park Attractions 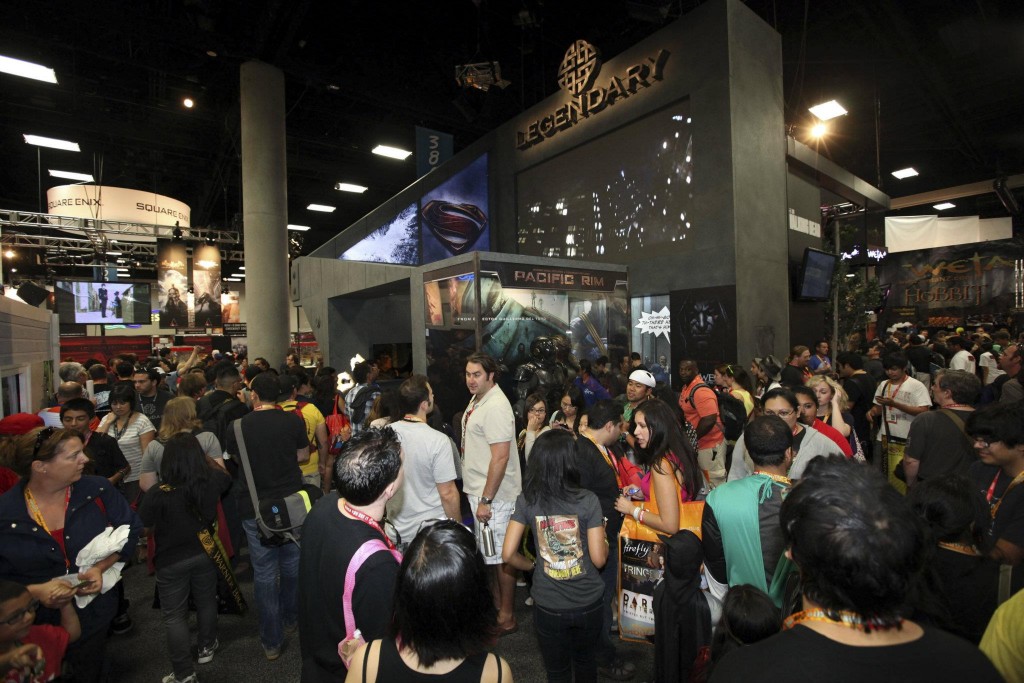 EDITOR’S NOTE: Under its previous partnership with Warner Bros, Legendary Entertainment has produced some of the studio’s most successful films of the last decade, including: The Dark Knight trilogy, Superman Returns and Man of Steel, Where the Wild Things Are, Clash of the Titans, The Hangover trilogy, and this weekend’s Pacific Rim.  – JK

Universal City, CA, USA (July 10, 2013) — Universal Pictures and Legendary Entertainment will enter into a multi-year film partnership in which the two companies will produce and co-finance Legendary and Universal films with Universal distributing Legendary films worldwide. Making Universal its new home enables Legendary to not only leverage the power and success of Universal’s film business and theme parks, but also the cross promotional support from NBCUniversal and Comcast assets through the company’s “Symphony” program. The announcement was made today by Universal Pictures Chairman Adam Fogelson and Co-Chairman Donna Langley and Legendary Entertainment Chairman and CEO Thomas Tull.

“Comcast and NBCUniversal’s global assets in film, television and theme parks offer Legendary unmatched breadth and opportunity to grow our business. We are delighted to be in business with this exceptional team and look forward to a successful partnership,” said Tull.

Universal and Legendary’s film partnership is a complementary arrangement for both companies. Legendary, which is known for producing and financing successful large scale films, will continue to create and finance tent pole films based on intellectual property that is uniquely appealing to the coveted fanboy audience. And Universal, which has a proven track record of turning films of all shapes and sizes into hits with special skills in growing and nourishing original franchises, will market, co-finance and distribute Legendary films for five years beginning in 2014.

“Legendary has demonstrated a keen ability to identify and acquire powerful fresh intellectual property based ideas, match them with strong filmmakers and turn them into blockbuster hits,” said Fogelson and Langley. “The Universal team is thrilled to have the opportunity to partner with Legendary in turning those ideas into the best and most successful versions of themselves around the world.”

Under the terms of the deal Universal and Legendary will jointly identify opportunities to expand Legendary’s franchises and intellectual property into Universal’s theme parks, and Universal will have an opportunity to collaborate with Legendary on projects in China following Legendary’s historic deal with China Film Group.

“Legendary continues to prove that big ideas are relevant and profitable with our global movie-going audience. We couldn’t be more thrilled to embrace the challenges and changing marketplace with Thomas and his team and we are also excited about what opportunities this will bring to our Theme Parks around the world,” said Ron Meyer, President and COO, Universal Studios.

“We are very excited to be in business with Thomas and Legendary,” said Steve Burke, CEO of NBCUniversal. “The partnership is a perfect fit for both companies and I am confident that together we will be in an even better position to deliver compelling, profitable entertainment content to a global audience for years to come.”

Joe Kleimanhttp://wwww.themedreality.com
Raised in San Diego on theme parks, zoos, and IMAX films, InPark's Senior Correspondent Joe Kleiman would expand his childhood loves into two decades as a projectionist and theater director within the giant screen industry. In addition to his work in commercial and museum operations, Joe has volunteered his time to animal husbandry at leading facilities in California and Texas and has played a leading management role for a number of performing arts companies. Joe previously served as News Editor and has remained a contributing author to InPark Magazine since 2011. HIs writing has also appeared in Sound & Communications, LF Examiner, Jim Hill Media, The Planetarian, Behind the Thrills, and MiceChat His blog, ThemedReality.com takes an unconventional look at the attractions industry. Follow on twitter @ThemesRenewed Joe lives in Sacramento, California with his wife, dog, and a ghost.
Share
Facebook
Twitter
Linkedin
Email
Print
WhatsApp
Pinterest
ReddIt
Tumblr
Previous article
Grand Texas Theme Park Acquires 600 Acres of Land Near Houston
Next article
Become One with a Farting Cow