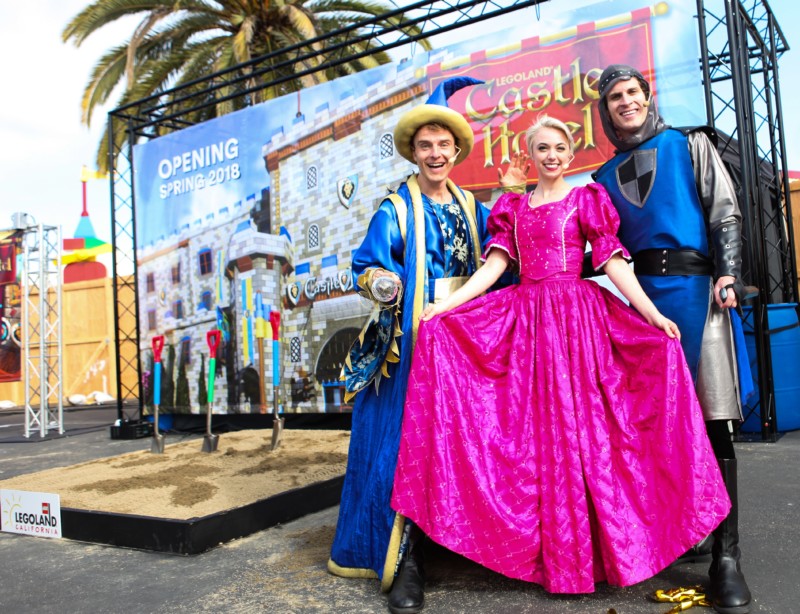 LEGOLAND® California Resort broke ground January 18 on North America’s first LEGOLAND®Castle Hotel. General Manager Peter Ronchetti and the City of Carlsbad Mayor Matt Hall were joined by a knight, a princess, a wizard, and two young apprentices as they shoveled dirt for the new premium themed hotel opening in spring of 2018. 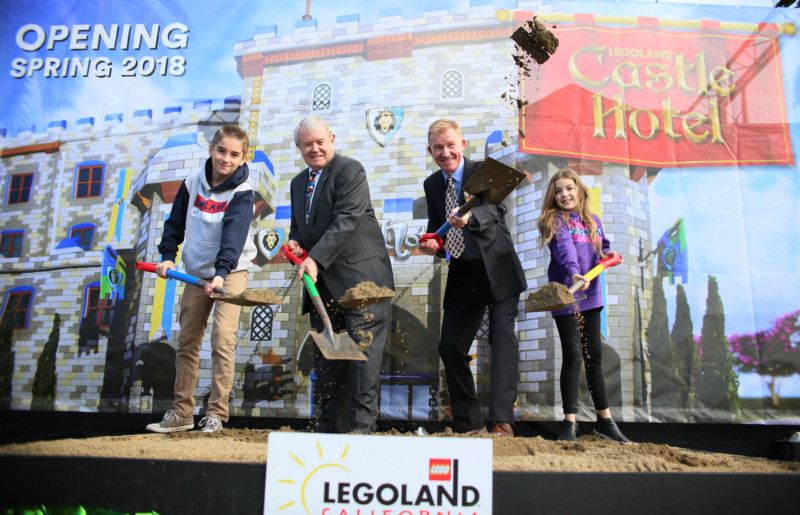 “I am excited to say that next year, LEGOLAND Castle Hotel will be opening right where we stand today,” said Ronchetti. “This hotel will have 250 premium themed rooms, including 20 suites, completely immersing guests into a castle experience from the minute they enter the grand hall, to dining in an amazing sit down royal restaurant to engaging in courtyard entertainment by the pool. I am excited to continue our growth here at LEGOLAND California Resort as we carry on our tradition of providing guests memorable family experiences and new adventures!“

“The success of the first LEGOLAND Hotel has helped propel Carlsbad’s tourism economy to record setting levels,” said Mayor Hall. “Now with a second one on the way, our residents can look forward to even greater tax revenues, which go to fund day to day city services like parks, libraries and police.” 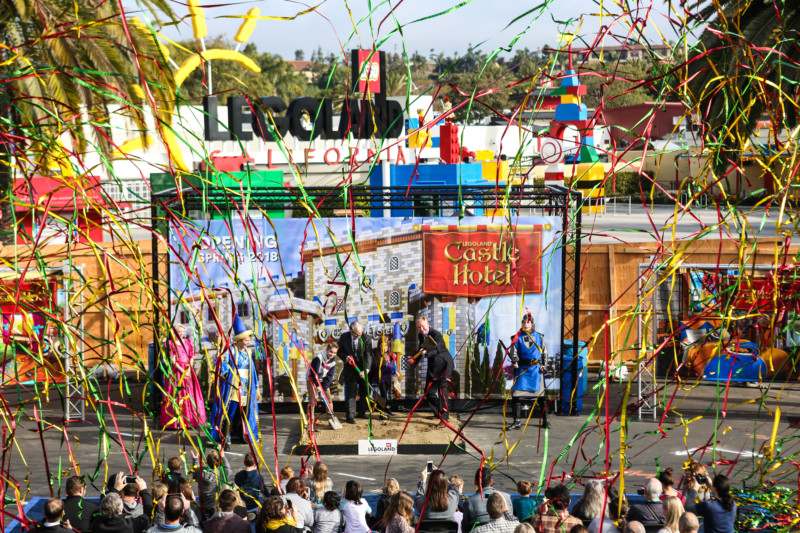 Upon entering LEGOLAND Castle Hotel, guests will first step into a grand hall where they are met by a LEGO wizard before taking a magical levitating lift (elevator) that will take them to one of three different floors where adventures await. In the Knight rooms, guests are surrounded by dragons and knights as they prepare to go into battle to defend the king’s castle and protect the king’s treasure. In the Princess rooms, woodland animals such as butterflies, squirrels, owls and song birds all made of LEGO, of course, are found. In the Wizard rooms, guests discover how magic is used to protect the king’s treasure with the use of giggling potions and spells. 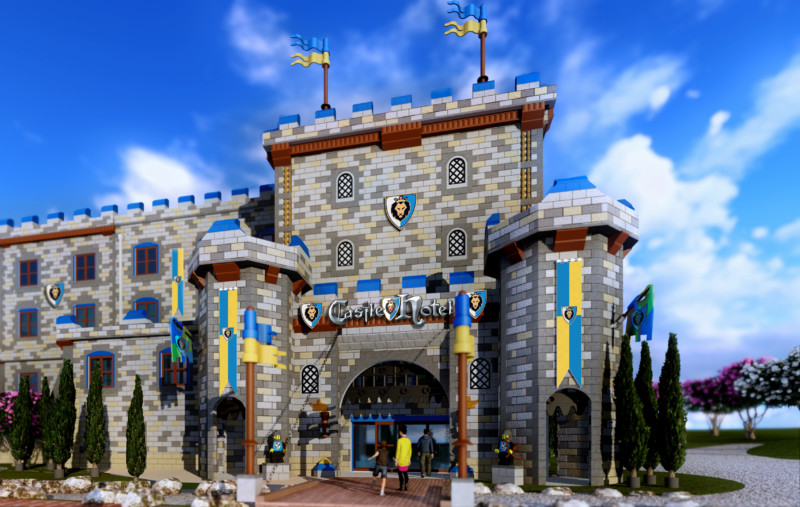 Other unique features to LEGOLAND Castle Hotel include a slide in the lobby for kids, LEGO building stations in each children’s sleeping area, interactive play elements in the expansive courtyard, interactive water play features by the pool, premium entertainment from LEGOLAND characters, a LEGOLAND retail store, a separate Park entrance just for hotel guests and LEGO models themed specifically to each room type.

Joe Kleimanhttp://wwww.themedreality.com
Raised in San Diego on theme parks, zoos, and IMAX films, Joe Kleiman would expand his childhood loves into two decades as a projectionist and theater director within the giant screen industry. In addition to his work in commercial and museum operations, Joe has volunteered his time to animal husbandry at leading facilities in California and Texas and has played a leading management role for a number of performing arts companies. Joe has been News Editor and contributing author to InPark Magazine since 2011. HIs writing has also appeared in Sound & Communications, LF Examiner, Jim Hill Media, and MiceChat. His blog, ThemedReality.com takes an unconventional look at the attractions industry. Follow on twitter @ThemesRenewed Joe lives in Sacramento, California with his fiancé, two dogs, and a ghost.
Share
Facebook
Twitter
Linkedin
Email
Print
WhatsApp
Pinterest
ReddIt
Tumblr
Previous articleElectrosonic Launches Immersive Multimedia Experience at KSC’s Heroes & Legends
Next articleBradley Caruk Joins ITEC as Creative Director