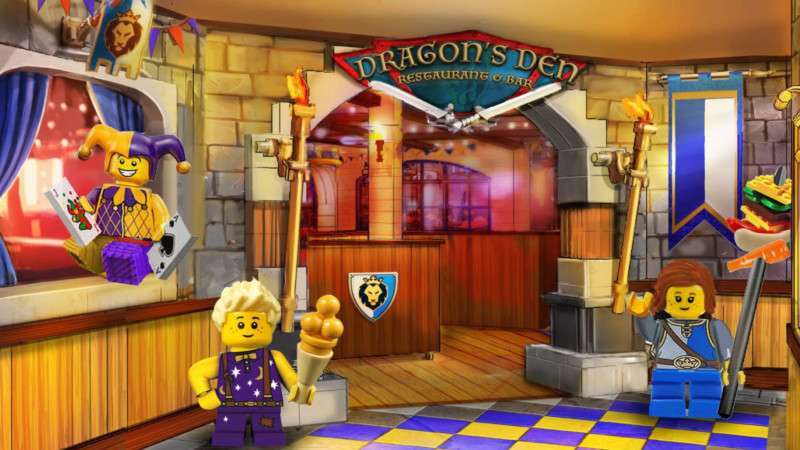 “It’s hard to imagine that just five years ago we were standing on a construction site just like this announcing North America’s first LEGOLAND Hotel which has proven to be extremely popular with our guests,” said Idris. “In fact, it was just named one of Trip Advisor’s top 25 Hotels for families in the United States! And, we achieved our goal of becoming the first hotel in Carlsbad to achieve the Environmentalist level from the California Green Lodging Association thanks to all of the additional conservation efforts that were implemented this past year.“

During the hard hat tour, guests received a first look at the 250-deluxe-themed room Hotel as they walked through the Grand Hall, Dragon’s Den Restaurant, Royal Courtyard and got a sneak peek at the three room themes: Knights and Dragons, Royal Princess and Magic Wizard. While in the Grand Hall, Idris and Ronchetti provided an overview of the Hotel, described key features and discussed the economic impact created by the 200 new job openings for LEGOLAND Castle Hotel. Details were also shared about the large LEGO Wizard model that will greet guests as they enter the Grand Hall, a slide that will connect the lobby to the first floor and a knock knock door created to entertain guests.

Inside Dragon’s Den, the head chef shared insight to the dining options available at LEGOLAND California Resort’s only full-service sit down restaurant. Dragon’s Den will include an open kitchen for guests to watch chefs preparing their food, LEGO models, entertainers and locally-sourced food creating a unique dining experience. Breakfast will be included with each guest’s stay and includes made-to-order items along with a buffet. 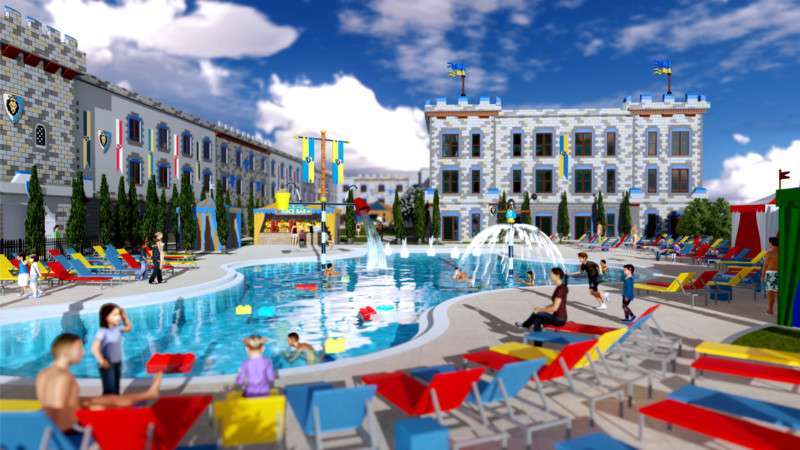 The Royal Courtyard outside is designed to immerse children in a fairy tale of their own creation with a DUPLO play area for the younger kids, larger play structures for the older kids, giant movie screen for nighttime movies, a stage for live plays and shows, a gradual incline pool and hot tub. The pool bar and grill will offer smoothies, sandwiches and salads prepared fresh to order.

Guests also explored each room theme and had a chance to view one of the 20 suites available. A Resort Master Model Builder greeted guests in the Magic Wizard theme room and treated them to a sneak peek of a few of the 2,100 LEGO models made out of more than three million LEGO bricks that will be featured inside the rooms and throughout the Hotel.

Joe Kleimanhttp://wwww.themedreality.com
Raised in San Diego on theme parks, zoos, and IMAX films, InPark's Senior Correspondent Joe Kleiman would expand his childhood loves into two decades as a projectionist and theater director within the giant screen industry. In addition to his work in commercial and museum operations, Joe has volunteered his time to animal husbandry at leading facilities in California and Texas and has played a leading management role for a number of performing arts companies. Joe previously served as News Editor and has remained a contributing author to InPark Magazine since 2011. HIs writing has also appeared in Sound & Communications, LF Examiner, Jim Hill Media, The Planetarian, Behind the Thrills, and MiceChat His blog, ThemedReality.com takes an unconventional look at the attractions industry. Follow on twitter @ThemesRenewed Joe lives in Sacramento, California with his wife, dog, and a ghost.
Share
Facebook
Twitter
Linkedin
Email
Print
WhatsApp
Pinterest
ReddIt
Tumblr
Previous articleIAAPA Offers Full Schedule of Global Industry Events in 2018
Next articlePicsolve Partners with National National Geographic Encounter and MARVEL Experience