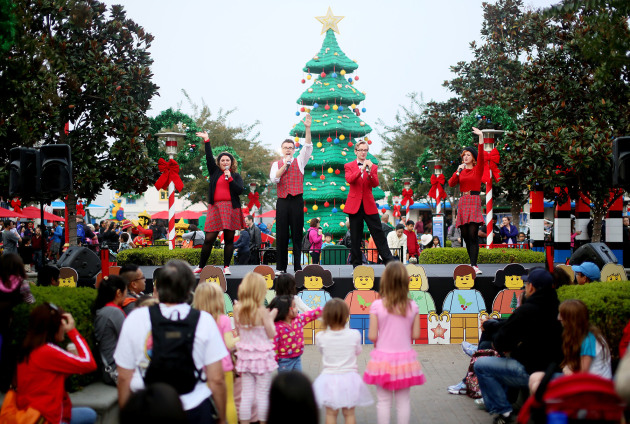 Gellar, a mother of two and married to actor Freddie Prinze Jr., recently starred in the TV series, “The Crazy Ones” with Robin Williams and is popularly known for her lead role in “Buffy the Vampire Slayer” and as Daphne, in “Scooby-Doo” and “Scooby-Doo 2: Monsters Unleashed”.

Harper, a father of four, recently starred in the documentary, “A House is a Home”, this November. The documentary gives viewers a glimpse of the making of his acoustic collaborative album, Childhood Home, with his mother, Ellen. Harper is set to hit the stage in March 2015 for his “Ben Harper & The Innocent Criminals Tour”.

Created out of more than 245,000 green DUPLO bricks, the 30-foot tall Christmas tree is adorned with 400 LEGO ornaments and will be illuminated with more than 11,000 LED lights while towering over the theme park’s Fun Town winter wonderland. 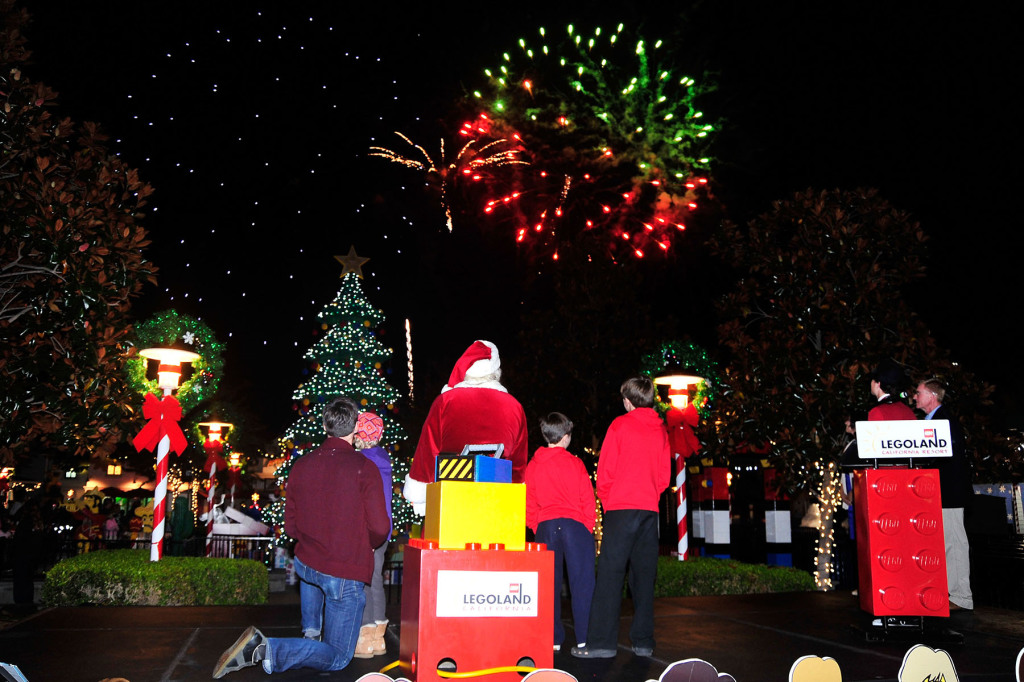 At the ceremony, LEGOLAND California Resort is donating a total of $20,000. On behalf of Gellar, the Resort is donating $10,000 to Baby Buggy, Inc., a charity which works with a network of more than 100 community-based organizations to distribute new and gently-used essentials such as cribs, baby bottles, cribs and clothing, to families. Furthermore, $10,000 will be donated to the Tony Hawk Foundation, an organization dedicated to providing safe, legal skate parks for youth in low-income communities across the United States, on behalf of Harper, who is a board member of the Foundation.

The tree lighting ceremony is part of LEGOLAND California Resort’s coolest holiday celebration ever, Holiday Snow Days and Winter Nights. The Park has been transformed into a winter wonderland featuring more real snow than ever before with a tubing area for kids to slide down and, new this year, guests are invited to ice skate as an upgrade. Guests can enjoy festive entertainment plus nightly fireworks Dec. 26 through 31 and ring in 2015 with San Diego’s biggest Kids’ New Year’s Eve Party on Dec. 31. All Holiday Snow Days and Winter Nights activities located inside the Park are included with regular Park admission. Tickets for the ice rink, located between the ticket booths and LEGOLAND Hotel, are sold separately.

Joe Kleimanhttp://wwww.themedreality.com
Raised in San Diego on theme parks, zoos, and IMAX films, InPark's Senior Correspondent Joe Kleiman would expand his childhood loves into two decades as a projectionist and theater director within the giant screen industry. In addition to his work in commercial and museum operations, Joe has volunteered his time to animal husbandry at leading facilities in California and Texas and has played a leading management role for a number of performing arts companies. Joe previously served as News Editor and has remained a contributing author to InPark Magazine since 2011. HIs writing has also appeared in Sound & Communications, LF Examiner, Jim Hill Media, The Planetarian, Behind the Thrills, and MiceChat His blog, ThemedReality.com takes an unconventional look at the attractions industry. Follow on twitter @ThemesRenewed Joe lives in Sacramento, California with his wife, dog, and a ghost.
Share
Facebook
Twitter
Linkedin
Email
Print
WhatsApp
Pinterest
ReddIt
Tumblr
Previous articlePhotos of the 2014 IAAPA Attractions Expo From InPark Contributor Rebecca Lam
Next articleWhiteWater Awarded IAAPA Best New Product Brass Ring Award for AquaPlay RainFortress at Columbus Zoo