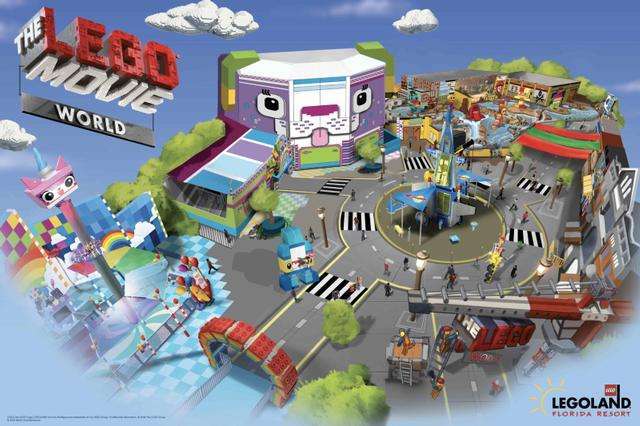 Guests to LEGOLAND® Florida Resort will take flight aboard a Triple Decker Couch, ascend the heights of Cloud Cuckoo Land, and fight against a DUPLO® alien invasion at THE LEGO® MOVIE WORLD, the new land where guests can step into THE LEGO MOVIE universe and onto the streets of Bricksburg.

Opening early spring 2019, THE LEGO MOVIE WORLD, created in partnership with Warner Bros. Consumer Products, will feature three family-friendly marquee attractions, inspired by the characters and themes of the worldwide blockbuster THE LEGO MOVIE and THE LEGO MOVIE 2: The Second Part. 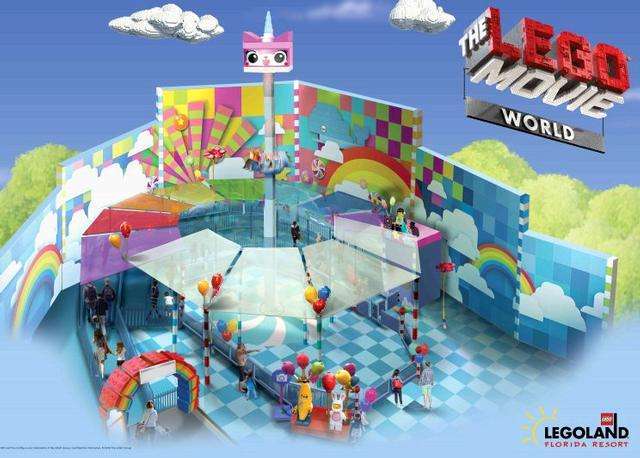 THE LEGO MOVIE Masters of Flight: Hop aboard Emmet’s Triple Decker Flying Couch. This flying theater attraction whisks guests away on an action-packed adventure on a suspended ride with a full-dome virtual screen, giving the sensational feeling of flying alongside some familiar and some new faces like Sweet Mayhem, a character set to debut in the upcoming feature THE LEGO MOVIE 2: The Second Part. The one-of-a-kind experience is the first attraction at a major theme park in the United States that embeds a 180-degree turn in the ride experience.

Unikitty’s Disco Drop: Enter through the rainbow portal to join the fun with Unikitty and her many personalities. This ride swoops guests to the tiptop of Cloud Cuckoo Land, then drops, spins and bounces them back down to earth, creating a thrilling and fun experience.

Battle of Bricksburg: DUPLO® aliens have invaded Bricksburg to come and play. Riders are challenged to stop DUPLO® aliens from invading and stealing LEGO bricks by spraying water at targets. 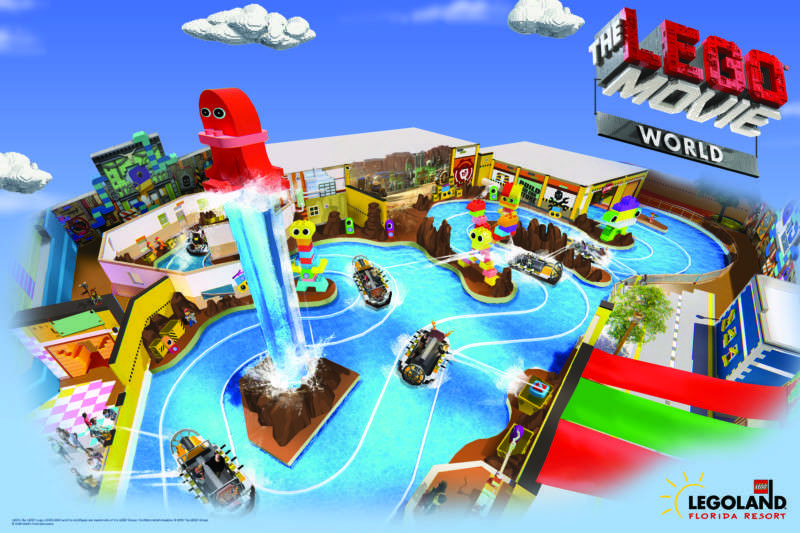 Finish off the day in downtown Bricksburg, the home of Emmet’s Super Suite, a character meet-and-greet experience where guests can hang out with Emmet and all of his friends inside his apartment, the Taco Tuesday Everyday eatery, and The Awesome Shop, filled with take home memories. The downtown area will also include a space-themed playground structure inspired by Benny’s spaceship, plus special photo opportunities.

The fun doesn’t stop in the park. The adventure continues just steps away at LEGOLAND Hotel in a new THE LEGO MOVIE WORLD themed room.  Designed with familiar scenery and beloved characters from the movie, no detail is left untouched. Adults can relax in a room inspired by Emmet’s bedroom, while kids dream of spaceship adventures in the children’s room, modeled after Benny’s Spaceship.

Joe Kleimanhttp://wwww.themedreality.com
Raised in San Diego on theme parks, zoos, and IMAX films, InPark's Senior Correspondent Joe Kleiman would expand his childhood loves into two decades as a projectionist and theater director within the giant screen industry. In addition to his work in commercial and museum operations, Joe has volunteered his time to animal husbandry at leading facilities in California and Texas and has played a leading management role for a number of performing arts companies. Joe previously served as News Editor and has remained a contributing author to InPark Magazine since 2011. HIs writing has also appeared in Sound & Communications, LF Examiner, Jim Hill Media, The Planetarian, Behind the Thrills, and MiceChat His blog, ThemedReality.com takes an unconventional look at the attractions industry. Follow on twitter @ThemesRenewed Joe lives in Sacramento, California with his wife, dog, and a ghost.
Share
Facebook
Twitter
Linkedin
Email
Print
WhatsApp
Pinterest
ReddIt
Tumblr
Previous articleIMERSA issues call for fulldome and 3D audio submissions for 2019 Summit
Next articleGateway Ticketing exhibiting latest park operations solutions at WWA 2018