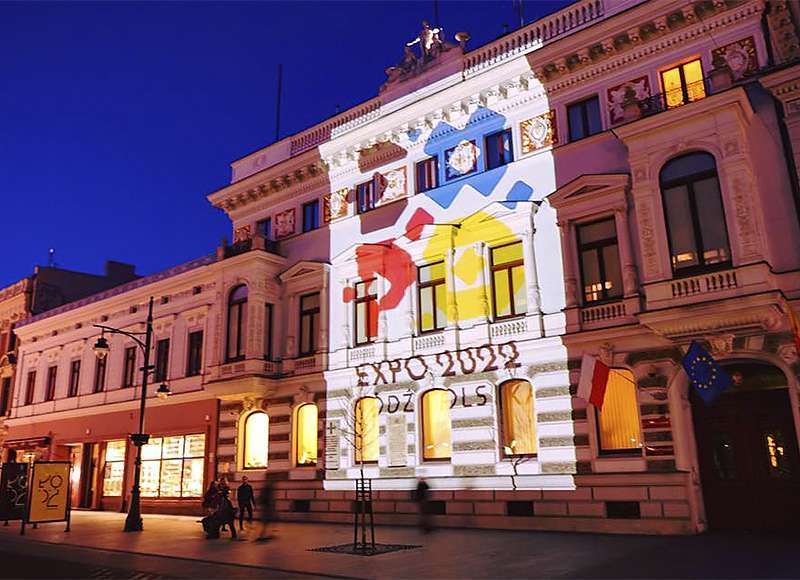 The potential bid would be based around the theme ‘the reinvention of the city’, as local authorities see Expo 2022/23 as being part of a long-term project to develop the New Centre of Łódź. The Expo would make use of existing venues in the area including the city’s Grand Theatre, the EC1 cultural centre and the campus of the University of Łódź.The proposed Expo theme reflects the city’s own journey: having historically been an industrial centre, Łódź faced an economic decline in the 1990s and embarked on an urban renewal policy, with a notable focus on the quality of life of its residents. Former textile factories have been transformed into offices and leisure facilities, and the city’s mayor, Hanna Zdanowska, has emphasised the development of infrastructure for the ‘free-time industry’.

In early 2016, Łódź launched a campaign to encourage support for the bid project, with images of the Expo project being displayed around the city since 1 April.

In accordance with BIE regulations, the government of a country wishing to organise an International Specialised Expo can only submit its candidature a maximum of six years and a minimum of five years before the opening date of that Expo, but once a candidate files its bid to the BIE for an Expo, the other candidates have a maximum of six months to state their intention to compete for the same Expo.

Poland was a founding member of the BIE in 1928, although it left the organisation between 1950 and 1960. The country has never hosted an Expo, but it has participated in many World and International Expos. Łódź is Poland’s third largest city with a population of over 700,000.

More information on the bid project can be found on its Facebook page: www.facebook.com/LodzExpo2022/

Joe Kleimanhttp://wwww.themedreality.com
Raised in San Diego on theme parks, zoos, and IMAX films, InPark's Senior Correspondent Joe Kleiman would expand his childhood loves into two decades as a projectionist and theater director within the giant screen industry. In addition to his work in commercial and museum operations, Joe has volunteered his time to animal husbandry at leading facilities in California and Texas and has played a leading management role for a number of performing arts companies. Joe previously served as News Editor and has remained a contributing author to InPark Magazine since 2011. HIs writing has also appeared in Sound & Communications, LF Examiner, Jim Hill Media, The Planetarian, Behind the Thrills, and MiceChat His blog, ThemedReality.com takes an unconventional look at the attractions industry. Follow on twitter @ThemesRenewed Joe lives in Sacramento, California with his wife, dog, and a ghost.
Share
Facebook
Twitter
Linkedin
Email
Print
WhatsApp
Pinterest
ReddIt
Tumblr
Previous articleBIE Completes Enquiry Mission to Buenos Aires for Expo 2022/23
Next articleTwenty Countries Confirmed for Participation in 2019 Beijing International Horticultural Exhibition