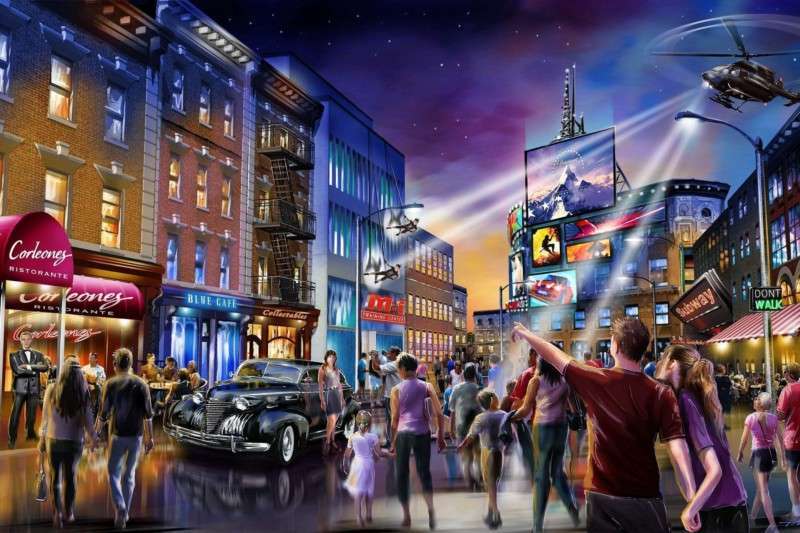 June 27, 2019 — The London Resort, a global destination theme park, due to open in 2024, announced today that it has entered into a new partnership with Paramount Pictures. The studio joins BBC Studios and ITV Studios, contributing from among their breadth of Intellectual Property. The movie studio – home to such iconic film properties as The Godfather, The Italian Job, the Mission: Impossible franchise and post-apocalyptic hit, A Quiet Place – will be working with The London Resort to create a range of awe-inspiring experiences.

PY Gerbeau, newly appointed Chief Executive of London Resort Company Holdings (LRCH) said: “The new partnership with Paramount is fantastic news for everyone. Now the best of Hollywood will be joining the best of British from BBC Studios and ITV Studios, to create amazing and unique experiences for the whole family.

“I am delighted to join The London Resort and to play my part in helping to create a world-class destination to rival all others. Central to that strategy is to partner with the best brands from across TV, film, music and entertainment. Having Paramount on board is a major step towards realizing that ambition.”

Kevin Suh, President of Themed Entertainment and Consumer Products for Paramount Pictures said: “The London Resort represents a truly global resort opportunity and we’re delighted to be playing our part in bringing iconic movies to life in truly immersive experiences and rides. We’re also delighted, as the most iconic studio in Hollywood, to be sharing our unparalleled catalogue of instantly recognisable films and characters.”

The London Resort has pursued a strategy of working with individual partners to create a range of world leading experiences – all under one roof. The new deal will see Paramount join BBC Studios and ITV Studios, which has licensed its kids brands, in being part of what’s anticipated to be one of the most visited tourist attractions in Europe.

The London Resort is set over 535 acres. The master plan is described as 200 acres dedicated to rides and experiences and a bespoke entertainment district devoted to a full-suite of hospitality experiences including the provision of thousands of hotel rooms.

Reportedly, millions of pounds have already been invested in The London Resort which it is said will be one of the largest construction projects across Europe. Situated just 17 minutes from London, on the Swanscombe Peninsula, Kent, it is said that the resort will create thousands of jobs and once open will be a major regional contributor to the UK economy.

International entrepreneur and leisure industry executive PY Gerbeau joined The London Resort as Chief Executive in June 2019. He brings experience from across the tourism, retail, sport, entertainment and real estate industries, including roles as co-founder and CEO of X-Leisure, and roles with Euro Disney and the Millennium Dome.

Joe Kleimanhttp://wwww.themedreality.com
Raised in San Diego on theme parks, zoos, and IMAX films, InPark's Senior Correspondent Joe Kleiman would expand his childhood loves into two decades as a projectionist and theater director within the giant screen industry. In addition to his work in commercial and museum operations, Joe has volunteered his time to animal husbandry at leading facilities in California and Texas and has played a leading management role for a number of performing arts companies. Joe previously served as News Editor and has remained a contributing author to InPark Magazine since 2011. HIs writing has also appeared in Sound & Communications, LF Examiner, Jim Hill Media, The Planetarian, Behind the Thrills, and MiceChat His blog, ThemedReality.com takes an unconventional look at the attractions industry. Follow on twitter @ThemesRenewed Joe lives in Sacramento, California with his wife, dog, and a ghost.
Share
Facebook
Twitter
Linkedin
Email
Print
WhatsApp
Pinterest
ReddIt
Tumblr
Previous article
The Abyss – VR Space Voyage combines space education and thrills in Ocean Park’s newest VR attraction
Next article
John Miceli and the new DE-ŹYN Studios