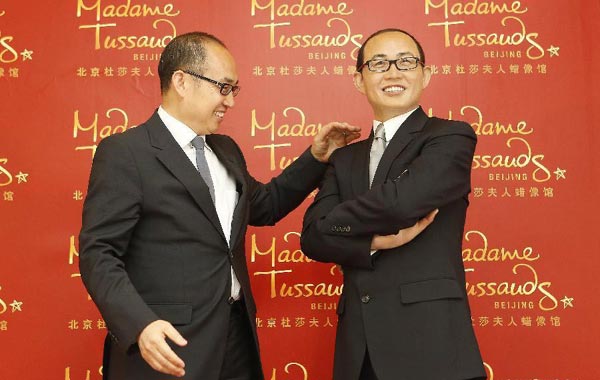 [quote]They will also be able to test their football skills with Messi in our new sports zone, and meet their favourite local and international music stars including Madonna and Lady Gaga, and so much more… My own personal favourite however is the David Beckham figure, he is so life-like!” — Madame Tussauds Beijing General Manager Rain Wang[/quote]

Beijing, China — Beijing residents and the millions of Chinese and international visitors which visit the City can now enjoy the ultimate fame experience with the opening of Merlin Entertainments plc’s 102nd attraction, and the first in China’s amazing capital city – Madame Tussauds Beijing.

Located on the historic ‘blood line’ that runs through the heart of Beijing, next door to Tiananmen Square and the Forbidden City, Beijing is Merlin’s 16th Madame Tussauds global attraction, and 4th in China – joining those in Shanghai, Hong Kong and Wuhan – where it is already an established ‘must do’ for locals and tourists alike. Beijing’s continued economic growth and overwhelming hunger for western brands also makes this a key strategic step for Merlin, and the attraction has generated a lot of excitement and anticipation in the City since it’s arrival was first announced last year, generating thousands of pre-bookings, well beyond our anticipated targets.

Madame Tussauds Beijing was opened by Chinese actress Carina Lau who also posed with her figure on the day; together with Pan Shi Yi, a Chinese business magnate who has played a key role in supporting Merlin in bringing the attraction to the City. Not only did over 100 media attended the opening event but the attraction also has become an instant hit on social media, not least with Pan Shi’s 6 million-plus Weibo followers (Chinese Twitter). This has really helped drive the buzz for the new attraction which welcomed well over 3500 visitors on the first day alone.

Chinese celebrities have also been queuing up to be featured in Madame Tussauds Beijing, and share their side by side moments with the world, including most recently Olympic Swimmer Ye Shi Wen, rockstar Cui Jian and TV presenter Yang Lan.

Madame Tussauds Beijing’s General Manager Rain Wang was particularly delighted to open in her own home town; commenting she said, “My team and I are all delighted and excited to be opening Madame Tussauds in the heart of Beijing. We have no doubt it will be a great success and we have so much for our visitors to see, whether it is the chance to relive history in the Spirit of Beijing – a celebration of China’s rich and diverse history, and featuring Olympic volley ball coach Lang Ping – or to see our amazingly life-like figures of world leaders like US President Obama. They will also be able to test their football skills with Messi in our new sports zone, and meet their favourite local and international music stars including Madonna and Lady Gaga, and so much more… My own personal favourite however is the David Beckham figure, he is so life-like!”

PHOTO: Real estate tycoon Pan Shiyi poses with the waxwork model of himself during an unveiling ceremony at Madame Tussauds Beijing, China, April 16, 2014.

Joe Kleimanhttp://wwww.themedreality.com
Raised in San Diego on theme parks, zoos, and IMAX films, InPark's Senior Correspondent Joe Kleiman would expand his childhood loves into two decades as a projectionist and theater director within the giant screen industry. In addition to his work in commercial and museum operations, Joe has volunteered his time to animal husbandry at leading facilities in California and Texas and has played a leading management role for a number of performing arts companies. Joe previously served as News Editor and has remained a contributing author to InPark Magazine since 2011. HIs writing has also appeared in Sound & Communications, LF Examiner, Jim Hill Media, The Planetarian, Behind the Thrills, and MiceChat His blog, ThemedReality.com takes an unconventional look at the attractions industry. Follow on twitter @ThemesRenewed Joe lives in Sacramento, California with his wife, dog, and a ghost.
Share
Facebook
Twitter
Linkedin
Email
Print
WhatsApp
Pinterest
ReddIt
Tumblr
Previous articleSt Louis’ CityArchRiver Project Ready to Demolish Bridges to Construct New Park Over Highway
Next articleNewest Hershey’s Chocolate World Opens at Sweet Spot on Vegas Strip