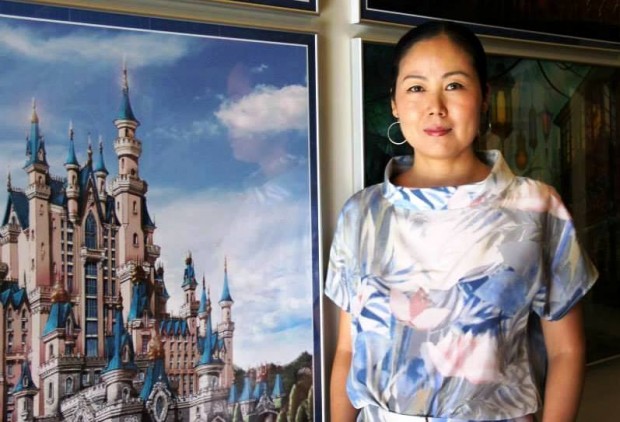 [quote]Beyond her expertise as a Sales and Marketing Executive for us, I, as a director and writer myself, have seen Mardy’s natural abilities when it comes to acting. She distinguishes herself in this arena as well.” — Gary Goddard[/quote]

Los Angeles, CA, USA (October 1, 2014) – Mardy Ma, a Chinese born/current American resident, and a Sales and Marketing executive with the Goddard Group, has landed a major acting role in the upcoming SundanceTV/BBC dramatic mini-series presentation: “One Child.” The series, comprised of two,

“One Child” was filmed in London and Hong Kong earlier in 2014 and was penned by Guy Hibbert (“Complicit,” “Five Minutes of Heaven.”) Along with Mardy Ma, the movie stars Katie Leung (“Harry Potter”) and features Emmy nominated actress Elizabeth Perkins (“Weeds”) and Donald Sumpter (“Game of Thrones,” “The Girl with the Dragon Tattoo.”) The show follows the journey of a Chinese-born young woman adopted by British parents as she struggles in the face of crisis to determine her family loyalties, true identity and the meaning of family.

In the early 2000s, Mardy, who had been working in the real estate industry in China, made a career change and became an international Sales and Marketing Executive for the Hollywood, CA-based Goddard Group & Gary Goddard Entertainment, and its founder Gary Goddard. The Goddard Group/GGE desired to establish a stronger foothold for itself within the burgeoning Chinese marketplace. Honing an affable, ‘never-say-die’ approach to her representation of the Goddard Group/GGE, Mardy has for, the past ten years, brought into the company close to $100-million in Chinese contracts for concept design and architectural fees for a variety of both past and future projects.

Goddard Group/GGE Founder and CEO Gary Goddard said, “Mardy Ma is very talented, intelligent and consistently professional in everything she does. She brings a strong understanding of both Western and Eastern thinking to her work with us, offering us very good counsel in upcoming new projects being undertaken throughout China. She provides us a very good ‘bridge’ to our clients there. She also has a great sense of humor, and a passion for everything she does, which is very much in keeping with the approach to our work at GGE.”

PHOTO: Mardy Ma is seen at the Goddard Group offices in Hollywood, CA, in front of a poster of a Chinese project in which she was involved. The Castle seen in the poster is from Shenyang Fushun named “Dream World.” Dream World is a comprehensive resort that contains a large theme park, a water park, an indoor entertainment center, hotels, a retail street, a golf course, and residential housing. Dream World is located in the same town as the now famous Fushun, China, “Circle of Life” monument, also created by the Goddard Group.

Joe Kleimanhttp://wwww.themedreality.com
Raised in San Diego on theme parks, zoos, and IMAX films, InPark's Senior Correspondent Joe Kleiman would expand his childhood loves into two decades as a projectionist and theater director within the giant screen industry. In addition to his work in commercial and museum operations, Joe has volunteered his time to animal husbandry at leading facilities in California and Texas and has played a leading management role for a number of performing arts companies. Joe previously served as News Editor and has remained a contributing author to InPark Magazine since 2011. HIs writing has also appeared in Sound & Communications, LF Examiner, Jim Hill Media, The Planetarian, Behind the Thrills, and MiceChat His blog, ThemedReality.com takes an unconventional look at the attractions industry. Follow on twitter @ThemesRenewed Joe lives in Sacramento, California with his wife, dog, and a ghost.
Share
Facebook
Twitter
Linkedin
Email
Print
WhatsApp
Pinterest
ReddIt
Tumblr
Previous article2014 Euro Attractions Show Sees Record Numbers
Next articleElectrosonic Keeps the Birthplace of Country Music Museum in Tune

JRA: “The One with the Pop-Up”