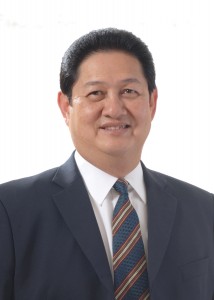 Alexandria, VA, USA —  The International Association of Amusement Parks and Attractions (IAAPA) has announced that Mario O. Mamon, chairman and president of Enchanted Kingdom (EK) in the Philippines, will chair the worldwide trade association’s board of directors in 2014. He is the first member from the Asia-Pacific region to chair the association in its 95-year history. IAAPA member companies operate amusement parks and attractions in 100 countries around the globe.

Mamon has been involved in the attractions industry since 1992 when he conceptualized and managed the construction of the Enchanted Kingdom theme park. In 1999, Mamon, Enchanted Kingdom’s chairman of the board, was also named president and CEO.

Mamon is the president of PhilAAPA, immediate past president of the Laguna Chamber of Commerce & Industry (LCCI), and is the vice president for membership of the Employers’ Confederation of the Philippines (ECOP). He is a member of the Management Association of the Philippines (MAP) (the leading association of CEOs in the country), and of the influential Makati Business Club (MBC). He is also a founding trustee of various business associations in the area around Enchanted Kingdom including the Calamba City Business Club, Santa Rosa City Business Club, Laguna Tourism Federation, and the LINK-IT Foundation.

Mamon is a trustee of his alma mater’s alumni foundation at the University of the Philippines at Los Banos (UPLB) College of Economics and Management. He also received the university’s Distinguished Alumnus Award for Entrepreneurship in 2008. In 2006, Mamon received the award for excellence in business communication from the International Association of Business Communicators (IABC) in the Philippines. In April 2012, Mamon was also chosen as one of the outstanding alumni for business by his high school alma mater, De La Salle Lipa. Mamon was a finalist in the Ernst & Young Entrepreneur of the Year awards program in 2013; the prestigious honor recognizes outstanding Filipino entrepreneurs and showcases their successes to inspire other business leaders in the Philippines.

2014 IAAPA Officers
The IAAPA Board of Directors elected the following officers for the organization for 2014:

New Board Members
The following IAAPA members were elected to the board of directors at the association’s annual business meeting on Nov. 18:

Elected for a Three-Year Term:

Elected for a Two-Year Term:

Joe Kleimanhttp://wwww.themedreality.com
Raised in San Diego on theme parks, zoos, and IMAX films, Joe Kleiman would expand his childhood loves into two decades as a projectionist and theater director within the giant screen industry. In addition to his work in commercial and museum operations, Joe has volunteered his time to animal husbandry at leading facilities in California and Texas and has played a leading management role for a number of performing arts companies. Joe has been News Editor and contributing author to InPark Magazine since 2011. HIs writing has also appeared in Sound & Communications, LF Examiner, Jim Hill Media, and MiceChat. His blog, ThemedReality.com takes an unconventional look at the attractions industry. Follow on twitter @ThemesRenewed Joe lives in Sacramento, California with his fiancé, two dogs, and a ghost.
Share
Facebook
Twitter
Linkedin
Email
Print
WhatsApp
Pinterest
ReddIt
Tumblr
Previous articleMerlin Expands US Presence with Dungeon, Marvel Heroes, and New Hotel
Next articleIAAPA Service Awards Presented to Jim Seay, Julio Vanegas, and Doug Stagner