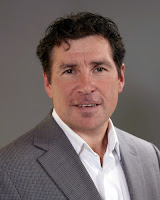 In his new role, Welton will direct IMAX’s Theatre Sales and Operations worldwide, developing and executing strategies to further the Company’s growth and extend its leadership position in the entertainment technology industry. In addition, he will oversee IMAX’s technology efforts in projection technology and serve as the executive in charge of the Company’s Canadian headquarters in Mississauga, Ontario.

Welton joined IMAX in 1997 as Director of Business Affairs and has held several senior roles within the Company since, including Senior Vice President of Business Affairs; Senior Vice President, Theatre Operations; and Executive Vice President, Corporate and Digital Development & Theatre Operations. Recently, Welton led the successful development of the IMAX’s revenue share business model and digital transition, which has accelerated the Company’s network growth. He also played an integral role in solidifying the Company’s partnership with its two largest North American exhibitors – AMC and Regal Cinemas.

“Mark has a proven track record of achievement within IMAX,” said IMAX CEO Richard L. Gelfond. “His in-depth knowledge of our business, coupled with his operational and industry expertise, has helped us expand our business in key markets. I look forward to continuing to work closely with Mark to accelerate our network expansion and build upon our positive marketplace momentum.”

Prior to joining the Company, Welton was an associate lawyer at the law firm Stikeman, Elliot and was a chartered accountant with Ernst & Young. He resides in the Toronto area with his wife and two children.

ABOUT IMAX CORPORATION
IMAX Corporation is one of the world’s leading entertainment and technology companies, specializing in the creation and delivery of premium, awe-inspiring entertainment experiences. With a growing suite of cutting-edge motion picture and sound technologies, and a globally recognized entertainment brand, IMAX is singularly situated at the convergence of the entertainment industry, innovation and the digital media world. The industry’s top filmmakers and studios are utilizing IMAX theatres to connect with audiences in extraordinary ways, and as such, the IMAX network is among the most important and successful theatrical distribution platforms for major event films around the globe. The Company’s new digital projection and sound systems – combined with a growing blockbuster film slate – are fueling the rapid expansion of the IMAX network in established markets such as North America, Western Europe, and Japan, as well as emerging markets such as China and Russia. IMAX delivers the world’s best cinematic presentations using proprietary IMAX®, IMAX 3D®, and IMAX DMR® (Digital Re-Mastering) technologies. IMAX DMR enables virtually any motion picture to be transformed into the unparalleled image and sound quality of The IMAX Experience®.

IMAX is headquartered in New York, Toronto and Los Angeles, with offices in London, Tokyo, Shanghai and Beijing. As of December 31, 2011, there were 634 IMAX theatres (497 commercial multiplex, 20 commercial destination and 117 institutional) in 50 countries.

IMAX®, IMAX® 3D, IMAX DMR®, Experience It In IMAX®, An IMAX 3D Experience® and The IMAX Experience® are trademarks of IMAX Corporation. More information about the Company can be found at www.imax.com. You may also connect with IMAX on Facebook (www.facebook.com/imax), Twitter (www.twitter.com/imax) and YouTube (www.youtube.com/imaxmovies).

Joe Kleimanhttp://www.themedreality.com
Raised in San Diego on theme parks, zoos, and IMAX films, Joe Kleiman would expand his childhood loves into two decades as a projectionist and theater director within the giant screen industry. In addition to his work in commercial and museum operations, Joe has volunteered his time to animal husbandry at leading facilities in California and Texas and has played a leading management role for a number of performing arts companies. Joe has been News Editor and contributing author to InPark Magazine since 2011. HIs writing has also appeared in Sound & Communications, LF Examiner, Jim Hill Media, and MiceChat. His blog, ThemedReality.com takes an unconventional look at the attractions industry. Follow on twitter @themedreality Joe lives in Sacramento, California with his fiancé, two dogs, and a ghost.
Share
Facebook
Twitter
Linkedin
Email
Print
WhatsApp
Pinterest
ReddIt
Tumblr
Previous articleAccela to Provide Operations Software to Reedy Creek Improvement District
Next articleSix Flags Teams With The Three Stooges for "April Stooge Day" Event