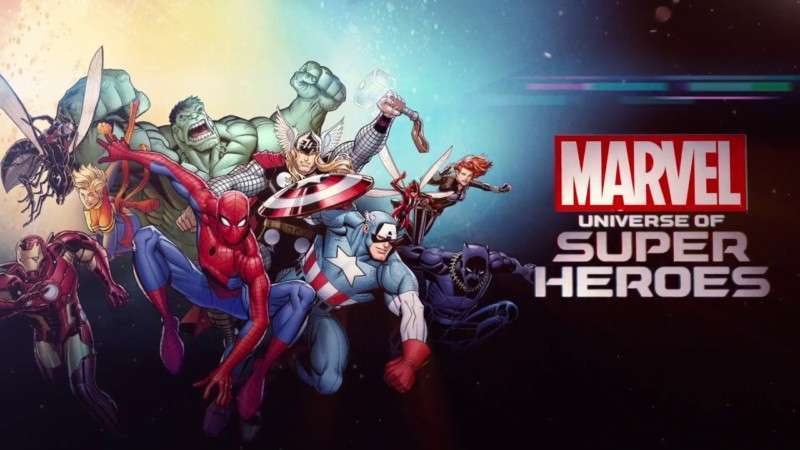 Beginning March 28, 2020, Marvel: Universe of Super Heroes, the world’s first and most extensive exhibition that brings to life the 80-year legacy and impact of the Marvel Universe, opens inside Henry Ford Museum of American Innovation. Making its Midwest debut, the exhibition features more than 300 original artifacts, including Marvel’s earliest comic book, iconic props and costumes from film favorites, rare, hand-drawn images of iconic heroes by the artists who first designed them and more. This exhibition has drawn widespread acclaim from audiences and press alike since its debut at MoPOP in 2018. Tickets are now on sale for the limited engagement exhibition and can be purchased at thehenryford.org.

“Marvel revolutionized storytelling by giving Super Heroes real struggles that audiences could identify with,” said Patricia Mooradian, president & CEO, The Henry Ford. “Their larger-than-life characters have impacted those young and old for the past 80 years and have proven to bring us together not just generationally, but globally. We are honored to host the Midwest premiere of this awe-inspiring exhibition and bring these iconic heroes to life.”

The exhibition traces the story of Marvel and its influence on visual culture, while also uncovering the narratives of individual characters such as Captain America, Spider-Man, Blank Panther, Captain Marvel and Doctor Strange. It gives insight on how Marvel has influenced and drawn inspiration from the ever-changing tides of popular culture, tracing how their stories have responded to historical events and addressed broader issues such as gender, race and mental illness. The exhibit also pays tribute to pioneering creators such as Stan Lee, Jack Kirby and Steve Ditko whose collective imagination made Marvel into the endlessly expansive fictional universe known today.

“Marvel transformed the idea of the Super Hero in the 1960s—and beyond—by ratcheting up the visual spectacle, emotional dynamism and philosophical sophistication of the action-adventure comics genre,” says Brian Crosby, head of Marvel Themed Entertainment. “Marvel has always been a reflection of the world outside your own window and one of its most compelling messages has always been, that anyone—regardless of race, religion or gender—can be a Super Hero.”

Breathtaking artifacts thrill collectors and casual fans alike, immersive set pieces and interactive installations bring the Marvel Universe to life, and the visual aspects of the exhibition are accompanied by an immersive soundscape created by acclaimed composer Lorne Balfe. Visitors will enjoy the opportunity to travel through the mysterious mirror dimension of Doctor Strange; get up-close glimpses at concept sketches, props, and costumes from Marvel Studios blockbusters; pose for selfies alongside life-size representations of Black Panther, Spider-Man, and other characters; see the original art from some of Marvel’s most notable comics; and even step into Tony Stark’s lab to test the capabilities of the Iron Man armor for themselves.

“Our show begins with the origins of the Marvel Universe and moves through to the present day, giving a chance to see some of the rarest and most precious objects from the past 80 years of pop culture history, and pointing toward the future with work from some of today’s foremost creators” says curator Ben Saunders about the exhibition.”

Marvel: Universe of Super Heroes is an exhibition by SC Exhibitions, Museum of Pop Culture (MoPOP) and Marvel Themed Entertainment

Joe Kleimanhttp://www.themedreality.com
Raised in San Diego on theme parks, zoos, and IMAX films, Joe Kleiman would expand his childhood loves into two decades as a projectionist and theater director within the giant screen industry. In addition to his work in commercial and museum operations, Joe has volunteered his time to animal husbandry at leading facilities in California and Texas and has played a leading management role for a number of performing arts companies. Joe has been News Editor and contributing author to InPark Magazine since 2011. HIs writing has also appeared in Sound & Communications, LF Examiner, Jim Hill Media, and MiceChat. His blog, ThemedReality.com takes an unconventional look at the attractions industry. Follow on twitter @themedreality Joe lives in Sacramento, California with his fiancé, two dogs, and a ghost.
Share
Facebook
Twitter
Linkedin
Email
Print
WhatsApp
Pinterest
ReddIt
Tumblr
Previous articleTracy Klein leading business development and marketing for The Attraction Services Company
Next articleDisneyland’s new “Magic Happens” parade premieres February 28