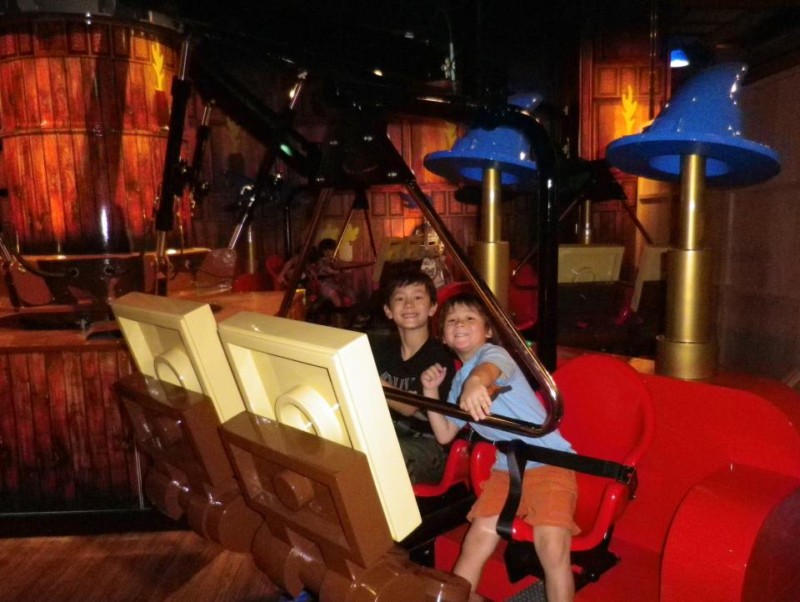 [quote]Today’s announcement is another major milestone in the development of the LEGOLAND brand. We are delighted to be working closely with the City of Nagoya and with KIRKBI on the project, both of whom appreciate the potential of the brand in the second biggest theme park market in the world.” — Nick Varney, Merlin Entertinments CEO[/quote]

Poole, UK — Merlin Entertainments plc (Merlin) today announces it will open its first LEGOLAND park in Japan, which is the second biggest theme park market in the world. The new park, to be located in the city of Nagoya, will cost c¥32 billion (c£185 million) in total and adds to Merlin’s existing portfolio of six LEGOLAND parks in five countries.

The park will be opened under Merlin’s ‘operated and leased’ model, with the infrastructure of the park being funded by a third party. Merlin will directly invest c¥9.2 billion (c£53 million) in the park over the next 3 years and lease the balance of the assets from a company owned by KIRKBI Invest A/S (which is a subsidiary of KIRKBI A/S (‘KIRKBI’) a privately held investment and holding company with a 75% ownership share in the LEGO Group and a 29.9% shareholding in Merlin). KIRKBI’s investment, which is separate to that of Merlin’s, will be funded through a combination of equity and external debt provided by Sumitomo Mitsui Banking Corporation (SMBC). Merlin’s investment is expected to deliver returns consistent with the Group’s stated pre-tax cash ROIC target of 20%.

Nick Varney, Merlin Entertainments Chief Executive Officer, commented: “The park will make a significant contribution to the growth of the Merlin group from opening in the second quarter of 2017, as well as supporting our continued geographic diversification. Long term, we continue to believe that there is significant opportunity for the LEGOLAND brand, with the potential for up to 20 parks across the world and we remain committed to our target of opening a new park every two to three years.”

The Japanese theme park market is the largest in Asia, with an estimated value of £4 billion, and already boasts some of the world’s most successful theme parks. Given the high level of LEGO brand awareness and the specific ‘young family’ target demographic, LEGOLAND Japan is expected to be complementary to the existing parks in the region.

Nagoya is ideally located in the centre of Japan and is approximately two hours from Tokyo and one hour from Osaka, with independent market research suggesting a potential catchment area in excess of 20 million people. The park will be located on a site close to the port, with excellent road and rail links. The initial development will focus on the theme park, with potential options available for further park expansion and the development of on-site, themed accommodation over future periods.

LEGOLAND Japan will be of similar scale to the recently opened LEGOLAND parks in Malaysia and Florida and is expected to employ up to 1,000 staff in a variety of roles. Project funding and financial impact The total initial investment in the park will be ¥32 billion (c£185 million) with Merlin directly investing ¥9.2 billion (£53 million), funded from cash reserves, into a wholly owned and controlled operating company. The balance of the assets, primarily the park infrastructure assets, will be funded and owned by a company owned by KIRKBI, through a combination of equity, and external debt provided by Sumitomo Mitsui Banking Corporation. Merlin will lease the park and associated assets from KIRKBI on arm’s length commercial terms, paying a turnover-based rent with a ¥879 million (c£5 million) annual floor on a 50 year fully repairing and insuring lease.

Furthermore, the City of Nagoya has agreed to support the park with the development of the required local travel infrastructure, including a 5,000 space multi-story car park and improved road connectivity to the park. Merlin will consolidate the revenues of the park and anticipates generating a pre-tax cash ROIC consistent with its stated 20% target on its c¥9.2 billion (c£53 million) investment, after payment of the rental charge.

The EBITDA margin is expected to be in the range of 15-20%, which is lower than the existing LEGOLAND operating group average due to the inclusion of the rental charge. The majority of the c¥9.2 billion (c£53 million) capex is expected to be incurred over 2015-17, and pre-opening expenses of around c¥1.4 billion (c£8 million) are also expected in this period. The park is expected to make a positive EBITDA contribution from the first full year of operation.

Merlin currently operates six LEGOLAND parks in five countries, including the most recent new openings in Florida (2011) and Malaysia (2012), and plans to open a seventh in Dubai in 2016. The LEGOLAND Park Operating Group enjoyed 14.2% revenue growth in 2013 delivering over £350 million in revenue with an EBITDA margin of 36.0%. Merlin sees the roll out of new LEGOLAND parks as one of the key growth drivers of the business. Merlin also operates LEGOLAND Discovery Centers, a smaller, indoor LEGOLAND experience, with an existing successful attraction in Tokyo.

Joe Kleimanhttp://wwww.themedreality.com
Raised in San Diego on theme parks, zoos, and IMAX films, InPark's Senior Correspondent Joe Kleiman would expand his childhood loves into two decades as a projectionist and theater director within the giant screen industry. In addition to his work in commercial and museum operations, Joe has volunteered his time to animal husbandry at leading facilities in California and Texas and has played a leading management role for a number of performing arts companies. Joe previously served as News Editor and has remained a contributing author to InPark Magazine since 2011. HIs writing has also appeared in Sound & Communications, LF Examiner, Jim Hill Media, The Planetarian, Behind the Thrills, and MiceChat His blog, ThemedReality.com takes an unconventional look at the attractions industry. Follow on twitter @ThemesRenewed Joe lives in Sacramento, California with his wife, dog, and a ghost.
Share
Facebook
Twitter
Linkedin
Email
Print
WhatsApp
Pinterest
ReddIt
Tumblr
Previous articleImagine Exhibitions, Jack Rouse Associates, and Rovio to World Premiere “Angry Birds Universe” Traveling Exhibition in Dubai
Next articlePicsolve’s GSX photo solution featured at Alton Towers Resort’s New CBeebies Land.