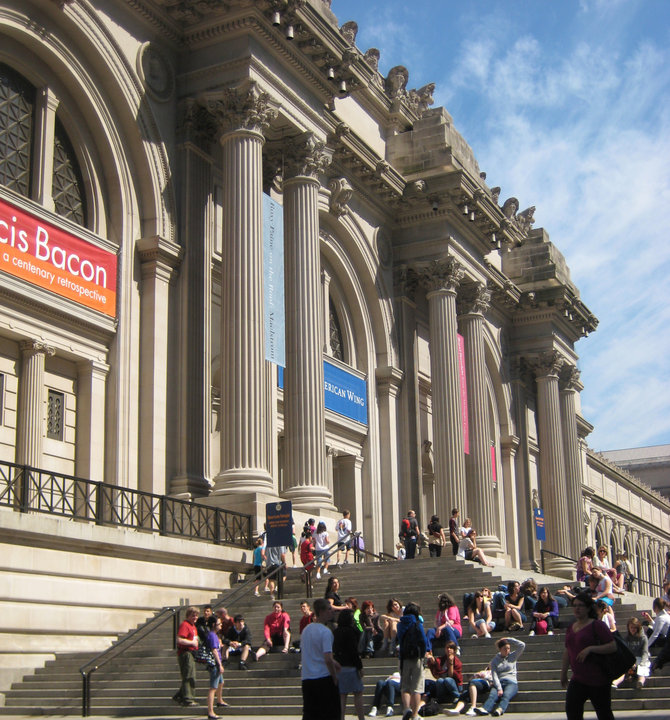 New York, NY, USA (October 30, 2013) — Today, Justice Shirley Werner Kornreich of the Commercial Division of the New York State Supreme Court ruled in favor of The Metropolitan Museum of Art by granting its motion to dismiss claims that the Museum’s longstanding pay-what-you-wish admissions policy violates both its 1878 lease with the City and a State appropriations act from 1893. The following is a statement from the Museum on this decision.

The Met is delighted with the ruling and trusts this decision once and for all validates its longtime pay-what-you wish admissions policy—which, as the judge has declared, guarantees fairness and access for visitors of all economic means.

In describing the Museum’s existing admissions policy, the judge said: “All members of the public can afford to visit the Museum under the present scheme.”

The court also made reference to the recent lease amendment executed by the Museum and the City of New York, noting that “not only does it not alter the analysis in this decision, if anything, it bolsters the court’s ruling.”

In addition to confirming the existing admission policy first introduced in 1971, and regularly modified with the approval of City administrations in the years since, the new amendment authorizes the museum, should the need arise, to consider a range of admission modifications in future years, subject as in the past to review and approval by the City.  Thomas P. Campbell, Director and CEO of the Metropolitan, made the following statement at the time of the lease amendment’s signing on October 21, 2013:

“It is important to make clear as we sign this amendment that we remain very much committed to maintaining—and further widening—public access to the Museum.  Toward this end, we recently expanded our hours by opening the Met seven days a week, and have enhanced programs designed to reach out to attract visitors from every community of the City. The effort to broaden and diversify audiences will continue. At the same time, however, faced with perennial uncertainties about future funding sources, the Met and the City concluded that it makes sense now to consecrate our longstanding and wholly legal admissions policies.

“The continued generosity of our visitors under pay-what-you-wish remains crucial to our ability to build and maintain the Met’s encyclopedic collections and magnificent galleries, and to present special exhibitions and public programs at no additional cost to visitors who enter the building.  When the policy was first introduced, the Met was a 750,000-foot-square museum attracting a million visitors a year. The building is now more than twice the size and commensurately more expensive to maintain and secure for its more than six million annual visitors. The quantity and quality of service provided by the Museum makes the preservation of its varied income streams more important than ever.

“We are extremely grateful that the City, which has long provided essential operating support to the Met, has moved now to reaffirm a policy that not only allows visitors to pay what they wish at the door, but has encouraged us to offer same-week entrance at no additional cost to the Cloisters museum and gardens in Fort Tryon Park, and has enabled us to provide free-with-admission access to all special exhibitions, as well as cost-free gallery tours, curatorial lectures, library access, and visits by New York City school groups. We expect and trust that the museum and the City will continue to work cooperatively into the future to preserve full access to the Met under the generous admissions policies so wisely created in the past.”

The new lease amendment acknowledges that by 1970, municipal funding, once the major source of revenue to operate the Metropolitan’s City-owned building, was “no longer sufficient to allow the Museum to operate without charging admission fees,” and formally reiterates that the Parks Department fully authorized the Museum to begin charging visitor fees in 1971, and that the City subsequently approved all modifications in writing.

The Museum may set the terms of admission to its permanent galleries to the general public, including admission fees and days and hours the Museum shall be open to the public, with the written consent of the Commissioner of the City of New York Department of Cultural Affairs, which consent shall not be unreasonably withheld. In granting such consent the Commissioner shall consider the fiscal needs of the Museum in light of the Museum’s commitment to serving the public and the City’s monetary support. Admissions for special exhibitions, group tours, educational programs, performances, lectures, conferences, symposia, classes, and shows mounted in the Museum’s theater and event spaces may be charged such amounts as the Museum shall from time to time prescribe.

Joe Kleimanhttp://wwww.themedreality.com
Raised in San Diego on theme parks, zoos, and IMAX films, InPark's Senior Correspondent Joe Kleiman would expand his childhood loves into two decades as a projectionist and theater director within the giant screen industry. In addition to his work in commercial and museum operations, Joe has volunteered his time to animal husbandry at leading facilities in California and Texas and has played a leading management role for a number of performing arts companies. Joe previously served as News Editor and has remained a contributing author to InPark Magazine since 2011. HIs writing has also appeared in Sound & Communications, LF Examiner, Jim Hill Media, The Planetarian, Behind the Thrills, and MiceChat His blog, ThemedReality.com takes an unconventional look at the attractions industry. Follow on twitter @ThemesRenewed Joe lives in Sacramento, California with his wife, dog, and a ghost.
Share
Facebook
Twitter
Linkedin
Email
Print
WhatsApp
Pinterest
ReddIt
Tumblr
Previous articleZamperla Unveils Plans to Build $110 Million Leisure and Cultural Park in Venice
Next articleGoddard Group Announces Upcoming Projects to Be Presented at IAAPA Attractions Expo