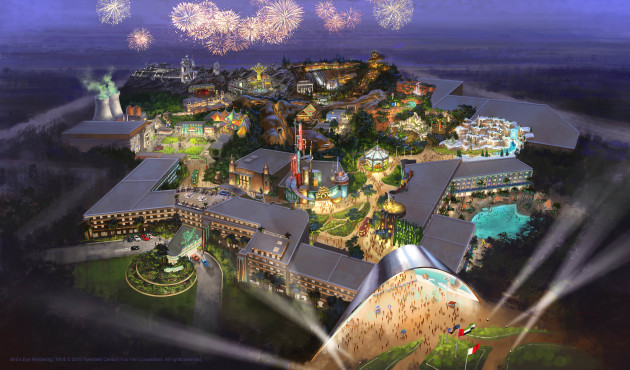 Burbank, CA, USA (November 10, 2015) – Rethink Leisure & Entertainment announced that Michael Pharr has joined the organization as Chief Operating Officer, a new position at Rethink. Previously, Pharr was the Director of ACM Services at The Nassal Company in Orlando, Florida. He will report to Scott Ault, President & CEO of Rethink.

“Michael has worked in themed entertainment management for over 30 years,” said Scott Ault. “In previous roles, he has worked on some of the most demanding international projects imaginable, and he will invoke that expertise here at Rethink for our clients. With his expertise in operations and years of practical boots-on-the-ground experience, Michael will be a strong guiding force on all of our many projects.” 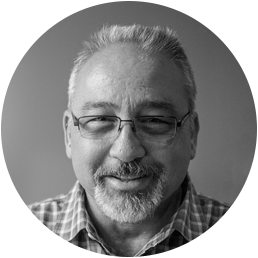 Michael arrives at a critical time in Rethink’s history, as the company is currently in development on multiple international theme parks and attractions. Effective immediately, he will assume responsibility for the daily operations of the company, including internal project cost and budget management, and scheduling. Mike will be working closely with the Chief Creative Officer, the Executive Show Producer and the President across every aspect of the production process.

Prior to joining Rethink, Michael Pharr led the estimating team at McGillivray Consulting (now a Nassal Company), where he helped cement their reputation for accurate and reliable cost plans. While with MCG, Michael worked on themed entertainment projects around the globe. His worldwide reputation for solid cost planning also extends to the realm of zoo and aquariums.

As Estimating Project Manager for Walt Disney Resorts Integrated Facility Plan, Pharr designed and implemented a process to estimate approximately 3,500 individual jobs at twelve resort properties. As a Project Manager, Michael led a team of internal specialists and external consultants / vendors in the re-branding of Hard Rock Park in Myrtle Beach. This task was completed in 90 days. More recently, he was the Team Leader for a Rethink task force to open the ComicCave themed retail store in Dubai.
Prior to service at MCG, Michael worked for Universal Islands of Adventure, where he served as the Land Estimator for Toon Lagoon. Mike began his themed entertainment career at Walt Disney World working in operations, retail, the tooling warehouse and Central Shops before moving to Buena Vista Construction Company and Facility Asset Management.

The Rethink team will be at the IAAPA Attractions Expo in Orlando. To set up a business meeting or press interview, telephone +1 818 276 9600.

Joe Kleimanhttp://wwww.themedreality.com
Raised in San Diego on theme parks, zoos, and IMAX films, Joe Kleiman would expand his childhood loves into two decades as a projectionist and theater director within the giant screen industry. In addition to his work in commercial and museum operations, Joe has volunteered his time to animal husbandry at leading facilities in California and Texas and has played a leading management role for a number of performing arts companies. Joe has been News Editor and contributing author to InPark Magazine since 2011. HIs writing has also appeared in Sound & Communications, LF Examiner, Jim Hill Media, and MiceChat. His blog, ThemedReality.com takes an unconventional look at the attractions industry. Follow on twitter @ThemesRenewed Joe lives in Sacramento, California with his fiancé, two dogs, and a ghost.
Share
Facebook
Twitter
Linkedin
Email
Print
WhatsApp
Pinterest
ReddIt
Tumblr
Previous articleCharlotte Huggins Enters the Virtual Realm with Founding of AXYZ Studios
Next articlenWave’s Robinson Crusoe to be Distributed in US by Summit Entertainment