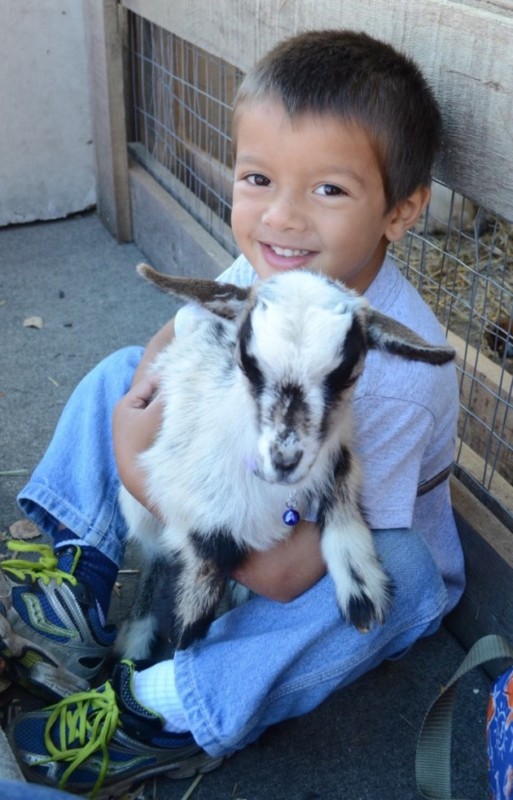 Muskegon, MI, USA — Michigan’s Adventure will be celebrating six decades of family fun, thrills and memories in 2016 with new events and a special attraction.

To commemorate the park’s 60th Anniversary, Michigan’s Adventure will be bringing back a petting farm. Funland Farm will be the name of the new area with “Funland” being reminiscent of the Deer Park Funland days.

Funland Farm will feature a variety of animals, including llamas, alpacas, a mini horse and a miniature donkey. Families will have the opportunity to interact with the animals and create new photos and memories to last a lifetime. With the return of furry friends in 2016, guests will be able to learn about the animals with their children and grandchildren. Park guests will be able to feed and interact with the animals in a clean, barnyard style environment located near the Mad Mouse.

Deer Park was established in 1956 as a small animal park featuring deer, Freddie the llama, Storybook Lane and a variety of barnyard animals. Eventually, the park grew and added amusement park attractions and a waterpark. Michigan’s Adventure has been helping families build memories for generations in a safe, family-friendly environment.

contest encouraging guests to share their memories on Instagram. The events calendar has also been expanded to include a special celebration on Grandparents Day. Michigan’s Adventure and WildWater Adventure will celebrate opening weekend on Memorial Day Weekend, May 28. Season passes are available to guests at a discounted rate through May 30. Daily admission specials are available at www.miadventure.com.

Michigan’s Adventure is owned and operated by Cedar Fair Entertainment Company, a publicly traded partnership that is listed for trading on The New York Stock Exchange under the symbol “FUN.” In addition to Michigan’s Adventure, Cedar Fair owns and operates ten other amusement parks, three water parks, one indoor water park, and five hotels. Cedar Fair also operates the Gilroy Gardens Family Theme Park in California under a management contract.

Joe Kleimanhttp://wwww.themedreality.com
Raised in San Diego on theme parks, zoos, and IMAX films, InPark's Senior Correspondent Joe Kleiman would expand his childhood loves into two decades as a projectionist and theater director within the giant screen industry. In addition to his work in commercial and museum operations, Joe has volunteered his time to animal husbandry at leading facilities in California and Texas and has played a leading management role for a number of performing arts companies. Joe previously served as News Editor and has remained a contributing author to InPark Magazine since 2011. HIs writing has also appeared in Sound & Communications, LF Examiner, Jim Hill Media, The Planetarian, Behind the Thrills, and MiceChat His blog, ThemedReality.com takes an unconventional look at the attractions industry. Follow on twitter @ThemesRenewed Joe lives in Sacramento, California with his wife, dog, and a ghost.
Share
Facebook
Twitter
Linkedin
Email
Print
WhatsApp
Pinterest
ReddIt
Tumblr
Previous articleIAAPA Europe Expands Scope to Include Middle East and Europe
Next articleNational Blues Museum Announces Festivities for Opening Day