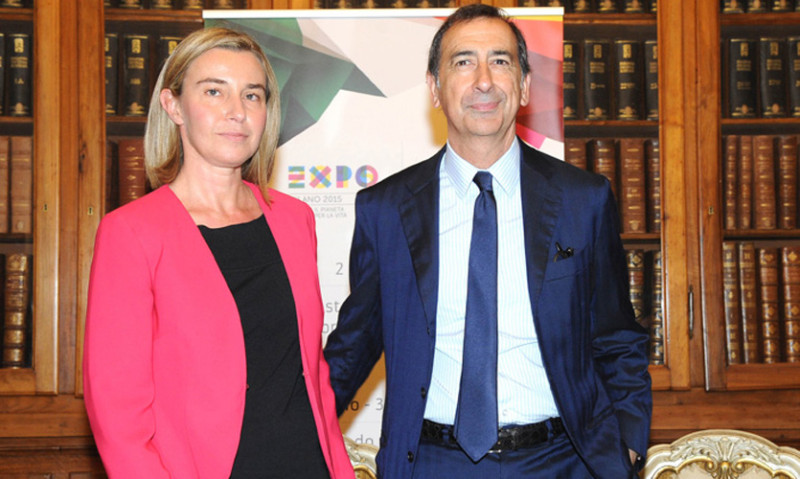 Milan, Italy — Italy pulled together its network to promote Expo Milano 2015 around the world on Italy’s National Day, June 2, 2014.

In 180 of Italy’s diplomatic offices, the Italian Government and the management team of Expo Milano 2015 acted as ambassadors for the Theme: “Feeding the Planet, Energy for Life,” that will place Milan and Italy at the center of global attention.

In 123 Embassies, 48 Consulates General and nine Permanent Representations, materials were distributed, translated into ten languages including Arabic and Korean.

Taking part in these meetings – besides the representatives of the Italian Government, Institutions and the world of culture – were communities of Italians living abroad and the Commissioners General of Participating Countries.

From May 1 to October 31, 2015, Expo Milano 2015 will bring to Milan 147 Official Participants. With 60 Pavillions – a record number, exceeding 2010 Shanghai – and for the first time in the history of Universal Expositions, the participation of all United Nations agencies.

Milan Expo 2015 has already collected important confirmation of the value and importance of the theme Feeding the Planet, Energy for Life and the approach proposed that aim to enhance the intangible legacy of the event, leaving behind trails real and tangible solutions to build a sustainable future for all.

There are 20 million visitors whom Expo Milano 2015 seeks to attract during the six months of the Exposition, offering them an extraordinarily rich and multi-sensory experience. The Exposition Site of over 1 million square meters will be structured as a Digital Smart City , an urban model of technological and sustainable development where every visitor can learn, see and try foods from around the world, a full program of events, day and night, the extraordinary architecture and technological innovations in the national Pavilions and practical solutions to reduce the current food imbalances in the world, in a context of sustainable development and promotion of new dietary and lifestyle habits.

Joe Kleimanhttp://wwww.themedreality.com
Raised in San Diego on theme parks, zoos, and IMAX films, InPark's Senior Correspondent Joe Kleiman would expand his childhood loves into two decades as a projectionist and theater director within the giant screen industry. In addition to his work in commercial and museum operations, Joe has volunteered his time to animal husbandry at leading facilities in California and Texas and has played a leading management role for a number of performing arts companies. Joe previously served as News Editor and has remained a contributing author to InPark Magazine since 2011. HIs writing has also appeared in Sound & Communications, LF Examiner, Jim Hill Media, The Planetarian, Behind the Thrills, and MiceChat His blog, ThemedReality.com takes an unconventional look at the attractions industry. Follow on twitter @ThemesRenewed Joe lives in Sacramento, California with his wife, dog, and a ghost.
Share
Facebook
Twitter
Linkedin
Email
Print
WhatsApp
Pinterest
ReddIt
Tumblr
Previous articleTEA/AECOM 2013 Theme Index & Museum Index released
Next articleIAAPA Names Pablo Moragrega as Senior Manager of European Operations

The lighter side of world expos: Pavilion pin collecting

The partnership between USA Pavilions and corporate America at world expos