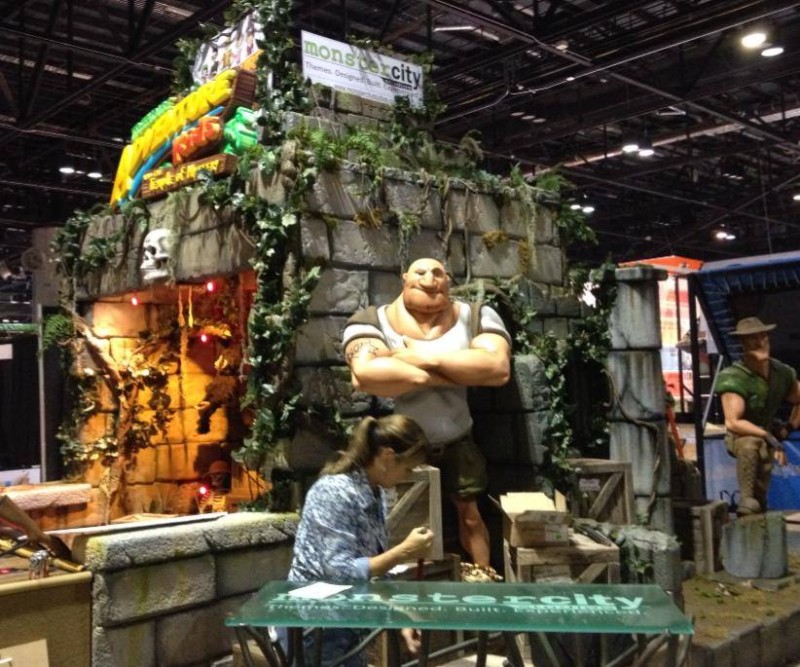 Orlando, FL, USA (November 18, 2013) — Monster City Studios, a full service themed environment design and fabrication company based in Central California, and Amusement Electronics, which specializes in custom electronic shooting galleries, have teamed up to develop new interactive games and themed shooting galleries to be rolled out at the International Association of Amusement Parks and Attractions (IAAPA) expo at the Orange County Convention Center in Orlando, Florida beginning Tuesday, November 19-22.

The shooting galleries are themed to original stories developed by Monster City Studios. One shooting gallery is branded to the stories of the Tree House Adventure Kids™. The premise of these stories is based on using ones imagination to explore exciting new worlds. The first story is called the “Temple of Mystery” and is designed to introduce the characters through a 3 minute “motion comic-style” animated video that will premiere at the expo. 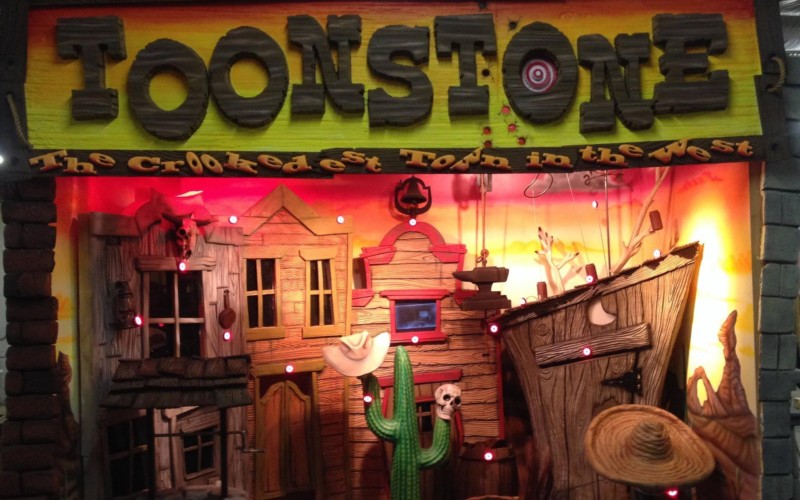 The second shooting gallery is also based on the original story of Toonstone™, The Crookedest Town in the West. The stars in this story are a bunch of gophers that get into all types of trouble and constantly have to be “roped in” by the sheriff.

“We’re excited about this new relationship with Amusement Electronics and how we are able to integrate our original stories and themes into these new interactive games,” said Richard Deaver, president of Monster City Studios.

Over 26,000 professionals in the leisure and attractions industry will network with the more than 1,000 exhibitors at the expo over the course of the next several days.

Joe Kleimanhttp://wwww.themedreality.com
Raised in San Diego on theme parks, zoos, and IMAX films, InPark's Senior Correspondent Joe Kleiman would expand his childhood loves into two decades as a projectionist and theater director within the giant screen industry. In addition to his work in commercial and museum operations, Joe has volunteered his time to animal husbandry at leading facilities in California and Texas and has played a leading management role for a number of performing arts companies. Joe previously served as News Editor and has remained a contributing author to InPark Magazine since 2011. HIs writing has also appeared in Sound & Communications, LF Examiner, Jim Hill Media, The Planetarian, Behind the Thrills, and MiceChat His blog, ThemedReality.com takes an unconventional look at the attractions industry. Follow on twitter @ThemesRenewed Joe lives in Sacramento, California with his wife, dog, and a ghost.
Share
Facebook
Twitter
Linkedin
Email
Print
WhatsApp
Pinterest
ReddIt
Tumblr
Previous article
Chance Rides Showcases Car for Kentucky Kingdom’s New Lightning Run Hyper GT-X Coaster at IAAPA Expo
Next article
Van Gogh Comes Alive for Limited Time at Discovery Place

Hanging with Ryan Reynolds at IAAPA