Montreal Science Centre’s Theater to Convert to IMAX with Laser 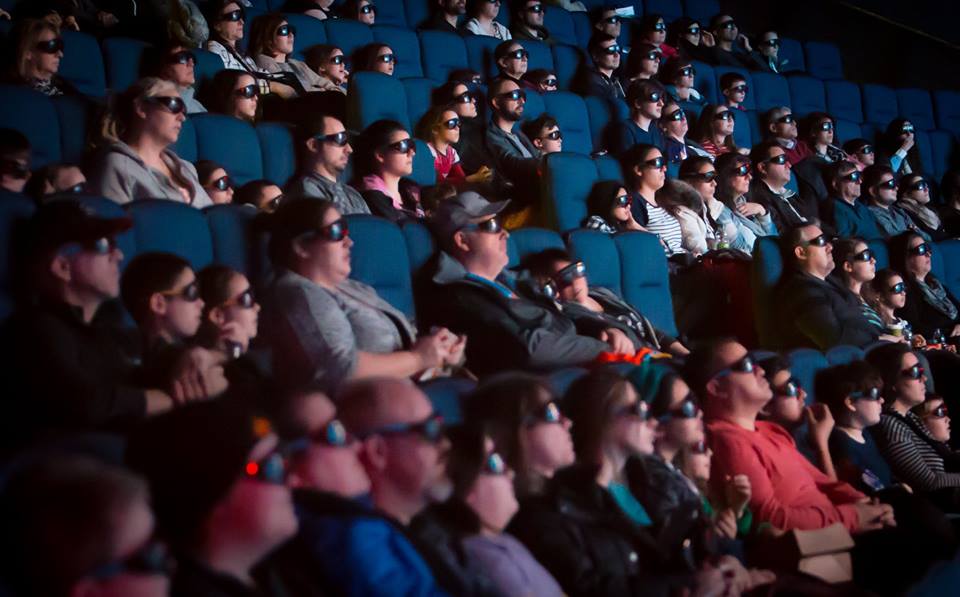 IMAX and the Montreal Science Centre have announced an agreement to install IMAX’s next-generation digital laser projection system—IMAX® with Laser —at its IMAX® TELUS theater. The new laser technology will replace the current IMAX film projection system and further enhance The IMAX Experience® for visitors.

IMAX with Laser represents a leap forward in cinema technology—providing audiences with some of the sharpest, brightest, clearest and most vivid digital images, combined with a whole new level of immersive audio. The technology will enable the Montreal Science Centre to deliver the full array of the highest-quality IMAX digital content available.

“The IMAX TELUS Theater at the Montreal Science Center is a leader on the international scene and we are proud to consolidate this position with major investments in technology,” says Julie La Roche, Director of Business Development at the Science Center and the Old Port of Montreal. “As of February 23, we will have the chance to offer our visitors the latest generation of laser projection as well as a new sound system that will offer even more power and precision. These new systems will enhance the cinematic experience and allow an even more immersive experience with this advanced IMAX technology.”

“We are extremely pleased to continue our 28-year partnership with the Old Port of Montreal,” said Don Savant, IMAX President of Global Sales, Development & Exhibitor Relations. “We are proud that this prestigious institution looks to IMAX to deliver the world’s best giant screen cinematic experience and together we will introduce a new chapter of immersive movie going in Montreal.”

Designed from the ground up for IMAX’s largest screens, the dual 4K laser projection system is equipped with a new optical engine and suite of proprietary IMAX technologies capable of projecting an image with up to a 1.43:1 aspect ratio with maximum resolution and sharpness, unparalleled 2D and 3D brightness, industry-leading contrast and an expanded color gamut that will allow filmmakers to present more vivid and exotic colors than ever before.

The new system also includes IMAX’s next-generation sound technology that delivers even greater power and precision for ultimate audio immersion. lt has been upgraded to 12 discrete channels plus sub-bass, and includes additional side channels as well as new overhead channels that will improve the system’s ability to position sounds around the audience and further ensure every seat  is the best  in the house.

Some of the world’s most iconic venues have installed IMAX with Laser, including the Smithsonian’s Air and Space museums (Washington, DC, and Chantilly, VA), the Pacific Science Center’s Boeing® IMAX Theatre (Seattle), the Auto & Technik Museum Sinsheim (Germany) and the Museum Victoria IMAX Theatre (Australia).

For more information on IMAX with laser, please visit: http://www.imax.com/news/imax-laser-here

Joe Kleimanhttp://wwww.themedreality.com
Raised in San Diego on theme parks, zoos, and IMAX films, InPark's Senior Correspondent Joe Kleiman would expand his childhood loves into two decades as a projectionist and theater director within the giant screen industry. In addition to his work in commercial and museum operations, Joe has volunteered his time to animal husbandry at leading facilities in California and Texas and has played a leading management role for a number of performing arts companies. Joe previously served as News Editor and has remained a contributing author to InPark Magazine since 2011. HIs writing has also appeared in Sound & Communications, LF Examiner, Jim Hill Media, The Planetarian, Behind the Thrills, and MiceChat His blog, ThemedReality.com takes an unconventional look at the attractions industry. Follow on twitter @ThemesRenewed Joe lives in Sacramento, California with his wife, dog, and a ghost.
Share
Facebook
Twitter
Linkedin
Email
Print
WhatsApp
Pinterest
ReddIt
Tumblr
Previous articleNew Exhibits and IMAX Films Bring New Ways to Explore Ontario Science Centre During Canada’s Sesquicentennial
Next articleOman Developing 1.5 Million Square Meter Entertainment and Leisure Resort; Orlando Company to Operate Theme and Wildlife Parks