Tampa, FL, USA /PRWEB/ — Sea Monsters Revealed, the most comprehensive and interactive exhibition on the deep sea, has added human anatomy specimens to the experience. The exhibit, which features the largest collection of plastinated deep sea creatures, has added human anatomy specimens, including a head, heart and lungs, to offer visitors a side-by-side comparison between humans and specific marine specimens to further deepen their connection to life in the sea and to better understand their own bodies.

The human anatomy specimens were added to the exhibition on Thursday, July 25.

“Adding human anatomy specimens to Sea Monsters Revealed furthers the exhibition’s goal of bringing the life of the deep sea into clearer focus,” said John Zaller, the exhibition’s creator and the mind behind the Bodies exhibit. “By seeing the human form presented in this context, visitors will develop a more profound connection to the majestic and mysterious creatures of the deep and realize that we are not so different from them.” 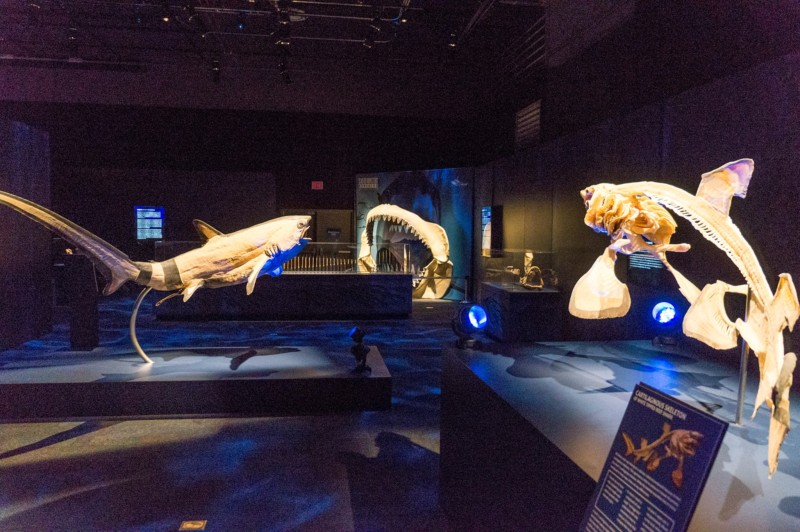 The human anatomy specimens being added to the exhibition include a head, brain, heart, hand, stomach, intestines, a liver with gallbladder, and lungs. The lungs, for example, perfectly illustrate the similarities and differences between humans and marine life. Like fish, humans require oxygen to survive. Fish extract oxygen from water through their gills, while humans draw oxygen from the air we breathe. Given our different mediums containing oxygen, humans and fish have developed different methods for extracting it. A total of nine comparisons like this one are being added to the exhibition.

“Sea Monsters Revealed continues to unveil the mysteries of the deep,” said Wit Ostrenko, President of MOSI. “The addition of human specimens adds the educational element of comparative anatomy to the exhibit, and allows visitors an opportunity to better understand their own bodies.”

Sea Monsters Revealed, an exhibition of the world’s largest plastinated sea creatures, is now open at the Museum of Science & Industry (MOSI). Like the human anatomy exhibits that now circle the globe, Sea Monsters Revealed uses the revolutionary polymer preservation technique commonly known as plastination to bring real sea animals onto dry land for an up-close and personal look at the most mysterious creatures the deep sea has to offer. In addition to the newly added pregnant silky shark, visitors will see a 6-foot-wide manta ray, a 15-foot-long mako shark, a giant squid, an 18-foot-long, 3,000 pound whale shark, and more.

Joe Kleimanhttp://wwww.themedreality.com
Raised in San Diego on theme parks, zoos, and IMAX films, InPark's Senior Correspondent Joe Kleiman would expand his childhood loves into two decades as a projectionist and theater director within the giant screen industry. In addition to his work in commercial and museum operations, Joe has volunteered his time to animal husbandry at leading facilities in California and Texas and has played a leading management role for a number of performing arts companies. Joe previously served as News Editor and has remained a contributing author to InPark Magazine since 2011. HIs writing has also appeared in Sound & Communications, LF Examiner, Jim Hill Media, The Planetarian, Behind the Thrills, and MiceChat His blog, ThemedReality.com takes an unconventional look at the attractions industry. Follow on twitter @ThemesRenewed Joe lives in Sacramento, California with his wife, dog, and a ghost.
Share
Facebook
Twitter
Linkedin
Email
Print
WhatsApp
Pinterest
ReddIt
Tumblr
Previous article
Walt Disney Imagineering to Recreate Glendale Headquarters at D23 Expo
Next article
Disney Imagineering Legend Marty Sklar on The Five Spot