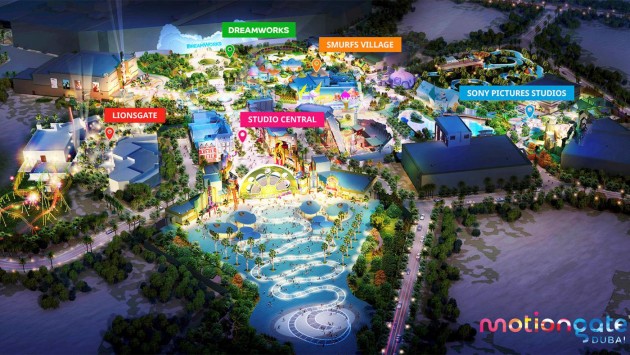 Dubai, UAE (March 22, 2016) — Imagine riding a dragon and soaring high above, embarking on a river expedition through a mythical land, blasting up a 58m tower to escape from a horde of zombies, finding yourself aboard a hovercraft playing the hero.

At motiongate™ Dubai – part of the Dubai Parks and Resorts destination -guests choose their roles. With a starting line-up of 27 action-packed rides and attractions inspired by some of Hollywood’s most cherished movies from DreamWorks Animation, Sony Pictures Studios – including The Smurfs – and Lionsgate, guests can take the lead in their own cinematic adventure.  With a handful of live entertainment experiences such as an encounter with a big green ogre, a ghost-busting singing boy band, a vampire heroine, a kung fu fighting panda or a colony of little blue friends, guests will be entertained at every turn with a stellar supporting cast. 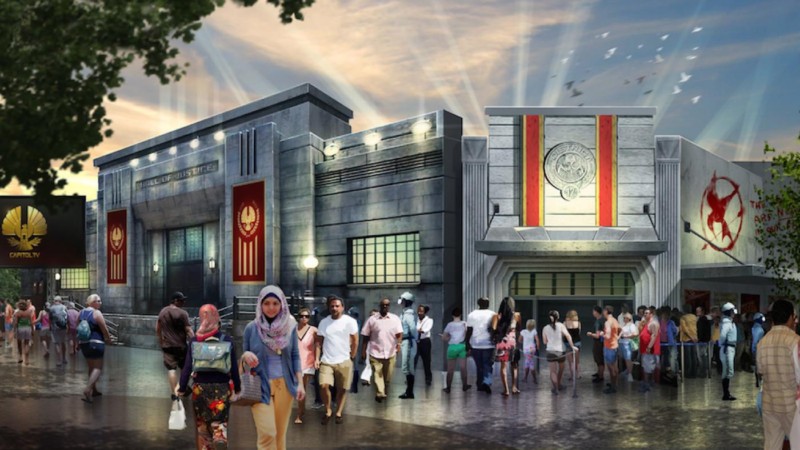 “We are taking guests beyond the screen, into a world of cinematic adventure at motiongate™ Dubai. With an action-packed line-up of Hollywood-inspired rides and attractions from fast-paced roller coasters, multi-sensory theatre shows to imaginative play areas, plus a full line-up of live entertainment shows, there is something for everyone,” said Guido Zucchi, General Manager of motiongate™ Dubai.

Those looking for some extreme action will find it here. Adrenaline seekers of all ages can experience five roller coasters scripted around some major film favorites. The Sony Pictures Studios Zone will feature The Green Hornet: High Speed Chase, a high action roller coaster, which follows the masked crusader and his sidekick Kato on a white knuckle pursuit through dizzying drops and sharp turns. Fans of The Hunger Games can hop onto the speedy Capitol Bullet Train, an adrenaline pumping roller coaster, which launches guests through 360 degrees of thrill inside the Lionsgate Zone. Two roller coasters can be found inside the DreamWorks Zone: Madagascar Mad Pursuit, the fastest roller coaster in the park, which will take guests on a mad chase through the circus alongside the Zoosters; and Dragon Gliders, a one-of-a-kind suspended roller coaster inviting guests to soar high above the land of Berk, inspired by How To Train Your Dragon. Finally, a special adventure awaits aboard Smurfs Village Express where families can glide through the enchanting mushroom-capped town of the beloved Smurfs. 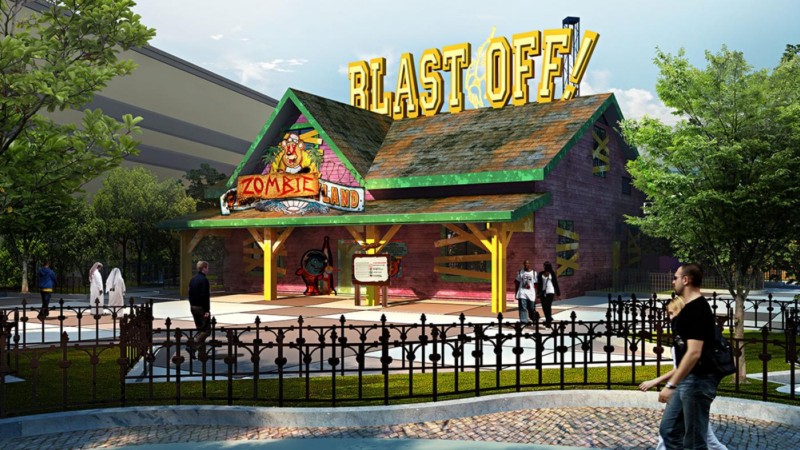 Those brave enough to face zombies, monsters and ghosts can go ‘supernatural,’ blasting off with Zombieland, in Underworld’s 4D theatre or by hopping aboard a zany dark ride with Hotel Transylvania or the Ghostbusters. Cloudy with a Chance of Meatballs will send guests sailing on a white water rapids voyage.

There’s plenty of action for family and little ones too, with exploratory and adventure play areas inspired by these animated hits: The Smurfs, Shrek, How to Train Your Dragon and Cloudy with a Chance of Meatballs. Guests can train under the masters at the Kung Fu Panda Academy, interact with Brainy Smurf on-stage or grab a front row seat to the ultimate hip hop dance competition with Step Up Dubai, All In!

Scheduled to open in October this year, motiongate™ Dubai is part of Dubai Parks and Resorts which will also feature the region’s first LEGOLAND® Park and a LEGOLAND® Water Park. Committed to bringing together the best of the East and West, Dubai Parks and Resorts will also feature Bollywood Parks™ Dubai, the first ever theme park based on the sights and sounds of Bollywood. The entire destination will be connected by Riverland™ Dubai – a retail, dining and entertainment walkway and guests can stay at the Lapita™ Hotel, Autograph Collection, a Polynesian-themed resort catering to families.

Joe Kleimanhttp://wwww.themedreality.com
Raised in San Diego on theme parks, zoos, and IMAX films, InPark's Senior Correspondent Joe Kleiman would expand his childhood loves into two decades as a projectionist and theater director within the giant screen industry. In addition to his work in commercial and museum operations, Joe has volunteered his time to animal husbandry at leading facilities in California and Texas and has played a leading management role for a number of performing arts companies. Joe previously served as News Editor and has remained a contributing author to InPark Magazine since 2011. HIs writing has also appeared in Sound & Communications, LF Examiner, Jim Hill Media, The Planetarian, Behind the Thrills, and MiceChat His blog, ThemedReality.com takes an unconventional look at the attractions industry. Follow on twitter @ThemesRenewed Joe lives in Sacramento, California with his wife, dog, and a ghost.
Share
Facebook
Twitter
Linkedin
Email
Print
WhatsApp
Pinterest
ReddIt
Tumblr
Previous articleSimEx-Iwerks Bring Angry Birds Experience to 4-D Theaters
Next articleBusch Gardens Williamsburg Crowdsourcing Name and Elements of First Wooden Coaster