Mountain Peaks to be Restored to Tivoli’s Famed Coaster 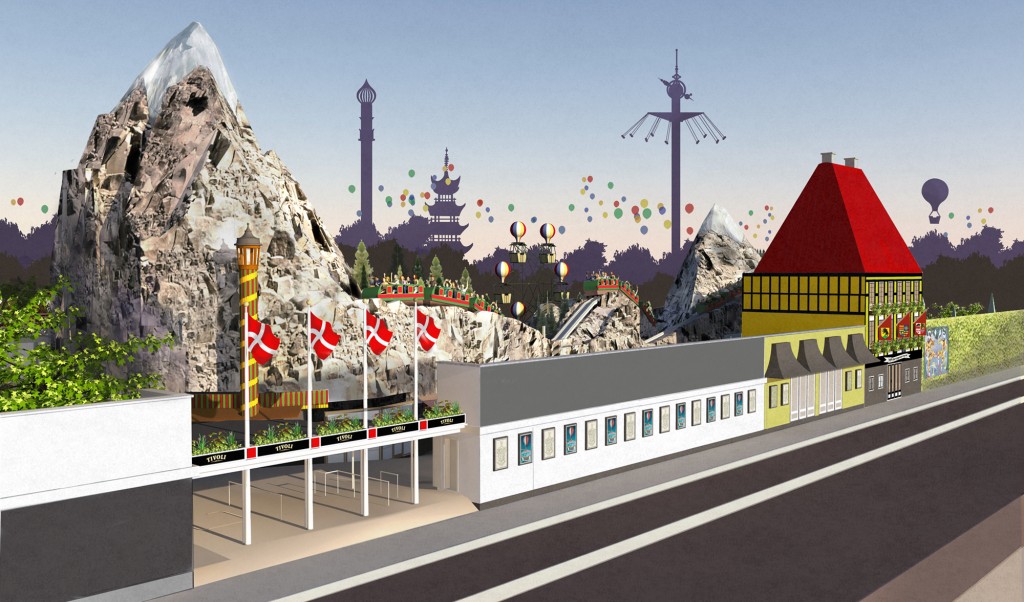 Copenhagen, Denmark — When Christmas in Tivoli is over and New Year’s celebrations ends, about 40 artisans who over a short period will grows to 85, will “reverse build” Roller Coaster at Tivoli to its original appearance . The iconic ride, which is one of the world’s oldest coasters, turns magical 100 years old next year.  In celebration, the runway between the original two mountain peaks that was previously the attraction landmark will be rebuilt.

The ride must be ready for the summer season 2014, but already Tivoli has released the first sketch of what it ‘s going to look like. The cost of reconstruction is almost 35 million Euros. The ride will run as it currently is during Christmas in Tivoli , but after New Year’s Eve it’s over.

The original peaks on Roller Coaster were removed back in 1920 at the request of the City of Copenhagen . Back then it was not considered appropriate that the first guests of the town so when they came out of the Central Station encountered a fun park like Tivoli . Not so anymore.

The future reconstruction will consist of two peaks , the largest of which is 26 meters high in relation to the garden . In addition, an artificial waterfall with a drop of over 20 meters up on Rutschebanens side. The waterfall will support the experience of driving in the mountains.

Vice President of Operations and Development , Mogens Carsten Ramsløv says:
” In 2014 Roller Coaster rounds 100 years and the idea of ​​returning the field to its original appearance as a forward-thinking architect wanted it to look like has long been a concern of ours. Passengers can still look forward to the familiar rumbling trip, but next year carriages will careen through the proud mountain peaks and through one of the mountains at high- speed where a little surprise” waits.

In the new year, craftsmen will restore two existing flat mountains, so both peaks will emerge revitalized and spiked with snow on the mountain top when Tivoli embarks on its summer season on 10 April 2014. 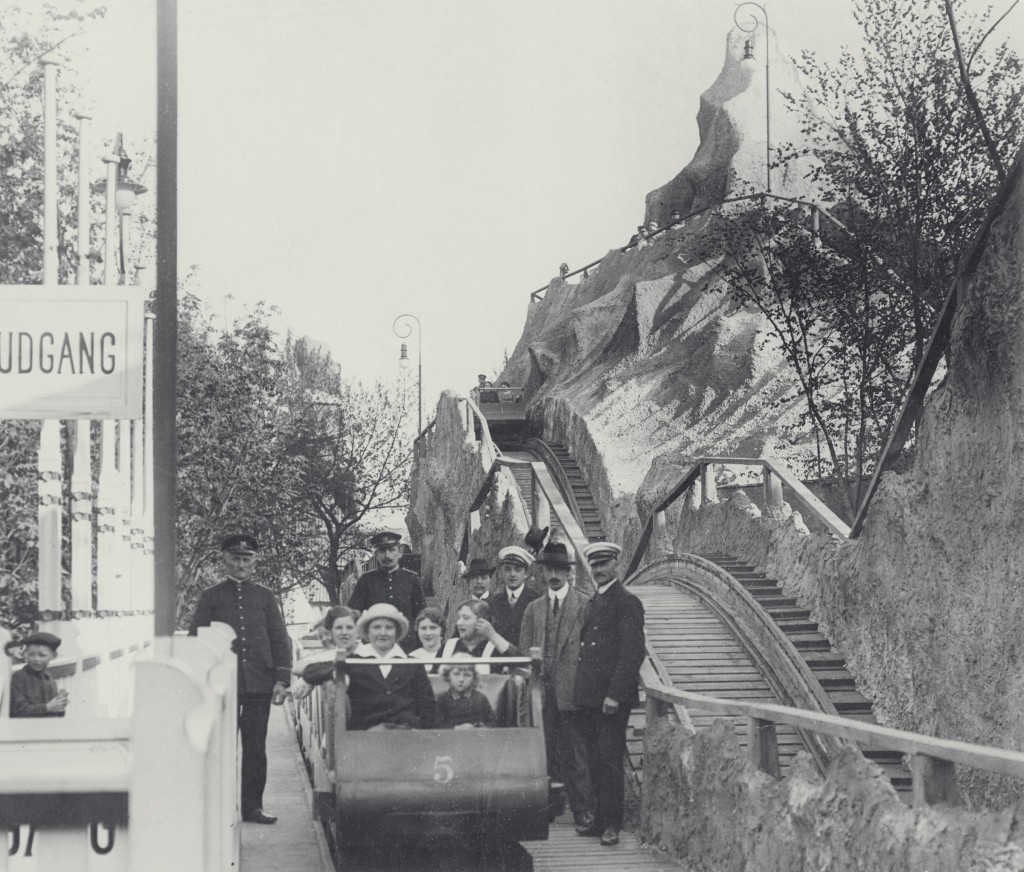 Facts
Roller coaster in Tivoli, which is 625 meters long, is one of the world’s oldest coasters still in operation. It is also one of the only seven courses in the world that has a driver on board , called a brake man . The ride is also the most popular attraction in Tivoli with 1.3 million guests in 2012.

It has been tried by royalty, presidents and Michael Jackson, and all Tivoli Guests have a relationship with the track, which with time has become an attraction within the attraction.

The upcoming construction will consist of two peaks , the largest of which is 26 meters high in relation to the garden . In addition, an artificial waterfall with a drop of over 20 meters up on Rutschebanens site . The waterfall will support the experience of driving in the mountains.

The course was built in 1914 by master carpenter Valdemar Lebech , whose descendants still operates some of Tivoli’s many stalls .

· The track is 625 meters long. In addition, 95 meters siding and workshop.

· Rutschebanens anti-roll bars were installed in 1990

Joe Kleimanhttp://wwww.themedreality.com
Raised in San Diego on theme parks, zoos, and IMAX films, InPark's Senior Correspondent Joe Kleiman would expand his childhood loves into two decades as a projectionist and theater director within the giant screen industry. In addition to his work in commercial and museum operations, Joe has volunteered his time to animal husbandry at leading facilities in California and Texas and has played a leading management role for a number of performing arts companies. Joe previously served as News Editor and has remained a contributing author to InPark Magazine since 2011. HIs writing has also appeared in Sound & Communications, LF Examiner, Jim Hill Media, The Planetarian, Behind the Thrills, and MiceChat His blog, ThemedReality.com takes an unconventional look at the attractions industry. Follow on twitter @ThemesRenewed Joe lives in Sacramento, California with his wife, dog, and a ghost.
Share
Facebook
Twitter
Linkedin
Email
Print
WhatsApp
Pinterest
ReddIt
Tumblr
Previous article
360 Degree Video Shot with GoPro of Shark Dive now Available
Next article
Alcorn McBride Technology Helps Choctaw Nation Share Their Codetalker History