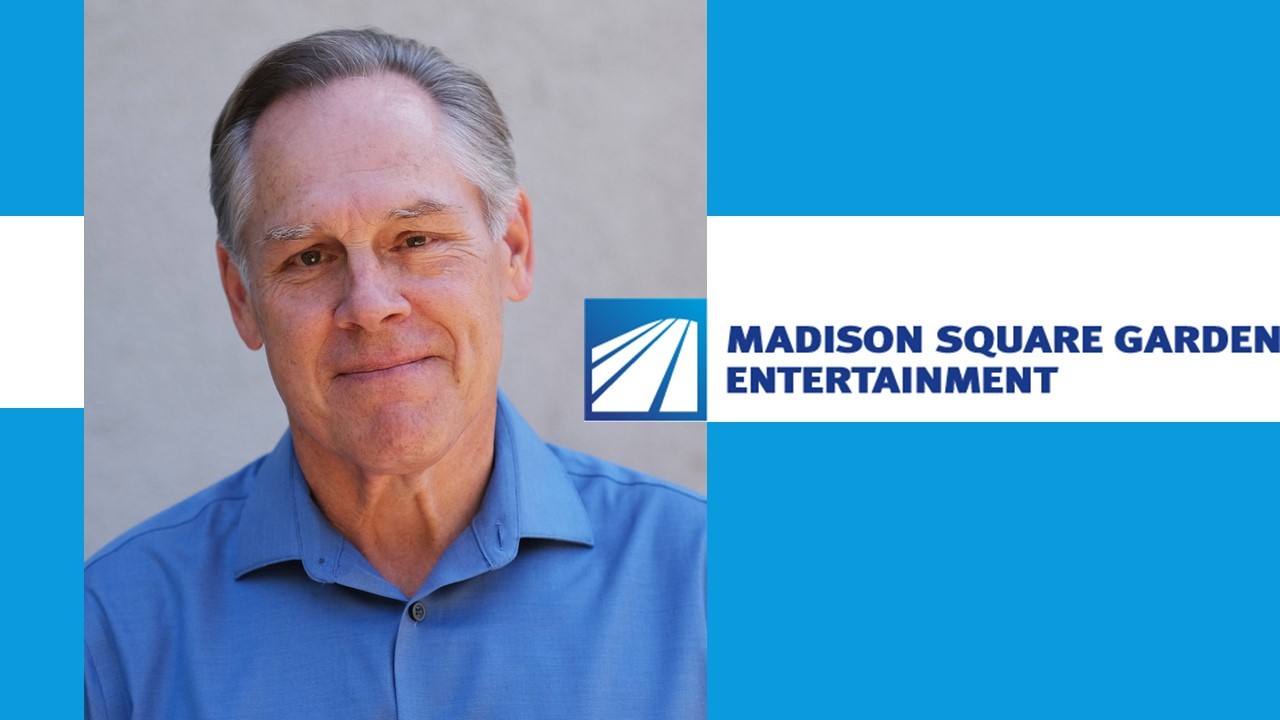 Specifically, Mr. King is responsible for overseeing the creation of a full slate of content for MSG Sphere, as well as other commercial clients. This includes managing all aspects of content strategy and development – from conception to execution. In addition, he will work with MSG Sphere construction and MSG Ventures, the team behind the venue’s state-of-the-art technologies, to develop tools that facilitate the creative process, helping artists, creators and educators maximize MSG Sphere’s immersive capabilities.

Mr. King will also be tasked with designing immersive experiences for MSG Sphere that impact other key areas within the venue, including its fully programmable LED exterior, as well as its main atrium, among others. The first MSG Sphere is being built in Las Vegas. MSG Entertainment has also announced plans to build its first international venue in London, pending necessary approvals. Mr. King will report to MSG Entertainment’s Executive Chairman and Chief Executive Officer, James Dolan.

Mr. Dolan said: “With MSG Sphere, we’re using cutting-edge technology to transform the entertainment venue and construct an entirely new platform. As an experiential storyteller, Ted understands how to build powerful environments, making him ideally suited to help us unlock MSG Sphere’s potential and create experiences that truly transport audiences. Ted has spent the last year as a consultant on this project, and we are thrilled to make him an official part of our MSG Entertainment family.”

Mr. King said, “This is a tremendous opportunity to be part of an exciting vision for the future of entertainment – fully immersive experiences on a grand scale. I am excited to be joining the team and look forward to building on the rich legacy of the Company.”

MSG Entertainment is also opening a new, 48,500 square-foot space in the legendary Burbank Studios that will be used by MSG Sphere Studios, MSG Ventures and other MSG Entertainment employees. The space will feature a 10,500 square-foot soundstage that was originally home to The Tonight Show with Johnny Carson, which is currently being transformed into a state-of-the-art, full-service studio that includes production, editing, camera testing, and recording space. The Burbank, California location also allows MSG Entertainment to take advantage of the depth of skills, talent and technology available on the West Coast.

During his distinguished career, Mr. King has worked on hundreds of ground-breaking projects, including the Warner Bros. World Theme Park in Abu Dhabi, where he recently supervised the development, production and installation of all music and soundtrack content for the billion-dollar park.

Mr. King composed and produced songs for the “EFX” live show at the MGM Grand in Las Vegas and also conceived, co-wrote and directed “Mistify,” SeaWorld Orlando’s multimillion-dollar fountain and fireworks spectacular, one of the most successful live entertainment offerings in the park’s history. Mr. King also developed and produced music and multi-media content for the Georgia Aquarium in Atlanta and Dollywood’s award winning, “Mystery Mine” themed roller coaster. In addition, Mr. King oversaw development of show and attraction content for the Studio City Casino Resort, in Macau.

Joe Kleimanhttp://wwww.themedreality.com
Raised in San Diego on theme parks, zoos, and IMAX films, InPark's Senior Correspondent Joe Kleiman would expand his childhood loves into two decades as a projectionist and theater director within the giant screen industry. In addition to his work in commercial and museum operations, Joe has volunteered his time to animal husbandry at leading facilities in California and Texas and has played a leading management role for a number of performing arts companies. Joe previously served as News Editor and has remained a contributing author to InPark Magazine since 2011. HIs writing has also appeared in Sound & Communications, LF Examiner, Jim Hill Media, The Planetarian, Behind the Thrills, and MiceChat His blog, ThemedReality.com takes an unconventional look at the attractions industry. Follow on twitter @ThemesRenewed Joe lives in Sacramento, California with his wife, dog, and a ghost.
Share
Facebook
Twitter
Linkedin
Email
Print
WhatsApp
Pinterest
ReddIt
Tumblr
Previous articleLive Design introduces Design Achievement Awards
Next articleMoreys’ Piers to reopen July 2