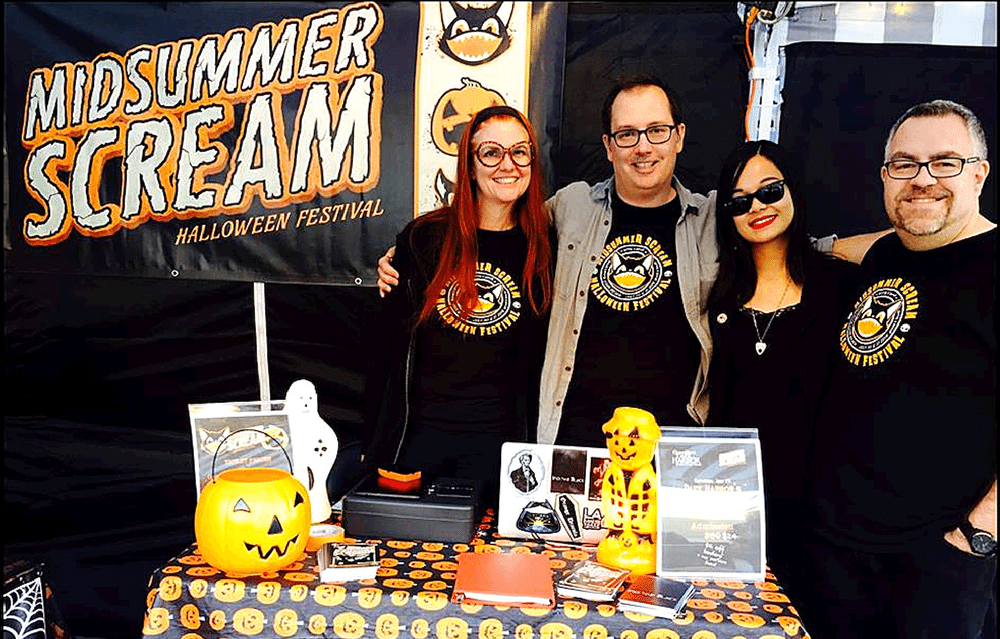 Thousands of people will gather for the second annual Midsummer Scream which takes place July 29-30, 2017 at the Long Beach Convention Center. The haunts business has its own unique culture in SoCal, due to the critical mass of entertainment talent there, and Midsummer Scream is something of a showcase for that. But this event is also significant for the themed entertainment industry as a whole in that it’s emblematic of how the haunts business is growing in size and importance worldwide. Opportunities exist on many levels to create spooky guest experiences of all kinds.

Some of the biggest themed entertainment operators are active leaders in the haunts business. Halloween represents a seasonal opportunity for theme parks and visitor attractions. Midsummer Scream provides a forum for those operators to connect directly with audiences and fans. It can be likened to D23 or Comic-Con in that way – and also in reminding us how close the connection often is between being a fan and being a professional of the industry.

What follows is an adaptation of an article Philip Hernandez wrote for the Haunted Attractions Network about the 2017 Midsummer Scream. Philip spoke to executive director David Markland, who co-founded the event with Rick West (Theme Park Adventure, Rethink Leisure & Entertainment) and Johanna Atilano (BRC Imagination Arts).

This year’s Midsummer Scream includes a massive show floor with 225 exhibitors, and 14 haunts in a dark zone area called the Hall of Shadows. The event features a robust education track with panels and presentation from local haunters, including major theme park haunt producers, along with special events to allow for networking and sharing of ideas.

According to Markland, it was the lack of seasons in Los Angeles that motivated him to become active in promoting Halloween events. “There’s no fall vibe,” said Markland. “I started Creepy LA to track all the different Halloweenish events around town for myself and to share with others, because there wasn’t a lot of stuff out there and I wanted a reason to go out and find everything.

“The Creepy LA blog was relatively popular. I was also working in an industry where I was producing events. I realized I could combine my love of Halloween and my Creepy LA experience to create events around Halloween and horror,” he said.

Along with Rick West and Johanna Atilano, the Midsummer Scream core founder team includes Claire Dunlap (Supervising Producer) and Gary Baker (Executive Producer). “For us, it’s a guilty pleasure,” said Markland. “It’s a chance for all of us in the Halloween world to show off and do something outside of the Halloween season. It keeps the community enthusiastic and provides a benchmark for the community each year to discuss what happened last year and plan for this year.”

“Everything went well last year, so we’re trying to magnify that and build off it,” said Markland. “We are adding in more panels and presentations, growing some of the rooms to allow more people, and packing more vendors in.”

Most attendees are from Southern California, but delegates also travel from San Francisco, Vegas, and even New York. Representatives of Knott’s Berry Farm, Six Flags, Halloween Horror Nights (Universal Studios), and Winchester Mystery House are among the presenters, previewing what they’ll be doing for their Halloween haunt events later this year.

Hall of Shadows, education and partying

A feature at the event is the Hall of Shadows, with 14 haunts in a dark zone. “We hang a giant curtain to block out the light on that side of the show floor,” said Markland. “It’s like building a haunted theme park just for the weekend. We have pro haunts right next to the home haunters.”

Markland is looking forward to the Tower of Terror opening presentation, about this classic Disney park thrill attraction, recently re-themed from a Twilight Zone storyline to one based on the Guardians of the Galaxy franchise. “It’s going to be really amazing. You don’t see this just anywhere – people are already nostalgic about it and they love to talk about it.”

The program includes a Saturday night party on board the Queen Mary. “This is being put together by the people who do Dark Harbor, the Queen Mary haunt, every year,” said Markland. “People will get to have a Halloween party in the middle of summer on the most haunted ship in the world!”

Saturday general admission is around $30 and Sunday admission is $25, but with some discount codes available, for many the cost of attending Midsummer Scream is less than $20/day. Front-of-line passes are also available in limited quantities (not discounted). This pass allows priority access to all haunts in the Hall of Shadows and front-of-line access to the panels and presentations.