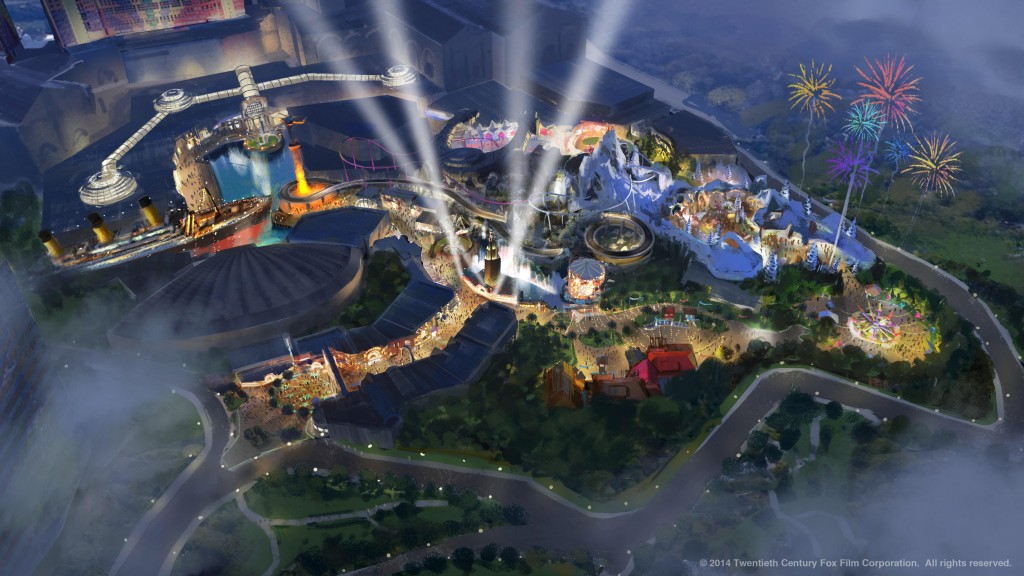 In addition, the theme park now has an official logo and a first-look at what visitors can expect from the park’s attractions was unveiled today at the launch of the TWENTIETH CENTURY FOX WORLD and Genting Integrated Tourism Plans that was attended by the Prime Minister of Malaysia, Dato’ Sri Mohd Najib Tun Razak and executives from both companies. The theme park, spanning 25 acres at the Resort, will create new jobs including cast members who will be trained to operate the rides and attractions, while representing the characters and stories from various FOX properties.

“The opening of the first Twentieth Century Fox Theme Park at Resorts World Genting takes our rich history of storytelling to a whole new level and will provide an exceptional entertainment experience,” said  Godsick. “People from around the world will gather here in Malaysia to become part of the story and to experience the magic and adventure of their favorite FOX properties.”

“We are investing over $300 million to develop the world’s first unique and compelling world-class Twentieth Century Fox Theme Park. Having the distinction of being the first of its kind in the world, TWENTIETH CENTURY FOX WORLD will be built on a grand scale that consists of unique and creative concepts featuring more than 25 rides and attractions of a cinematic nature. The theme park will definitely pave the way for continued growth of Resorts World Genting with a next-level family entertainment experience which will attract tourism dollars to Malaysia,” said Chairman & Chief Executive of Genting Malaysia Tan Sri Lim Kok Thay.

“Genting Malaysia, as a developer of the world’s top resort destinations, is a natural and valued partner for Twentieth Century Fox,” said Lombardo. “The creation of a world-class entertainment destination in a vital market like Asia is a landmark step in Fox’s global theme park strategy, extending our brand and engaging audiences in new and exciting ways.” 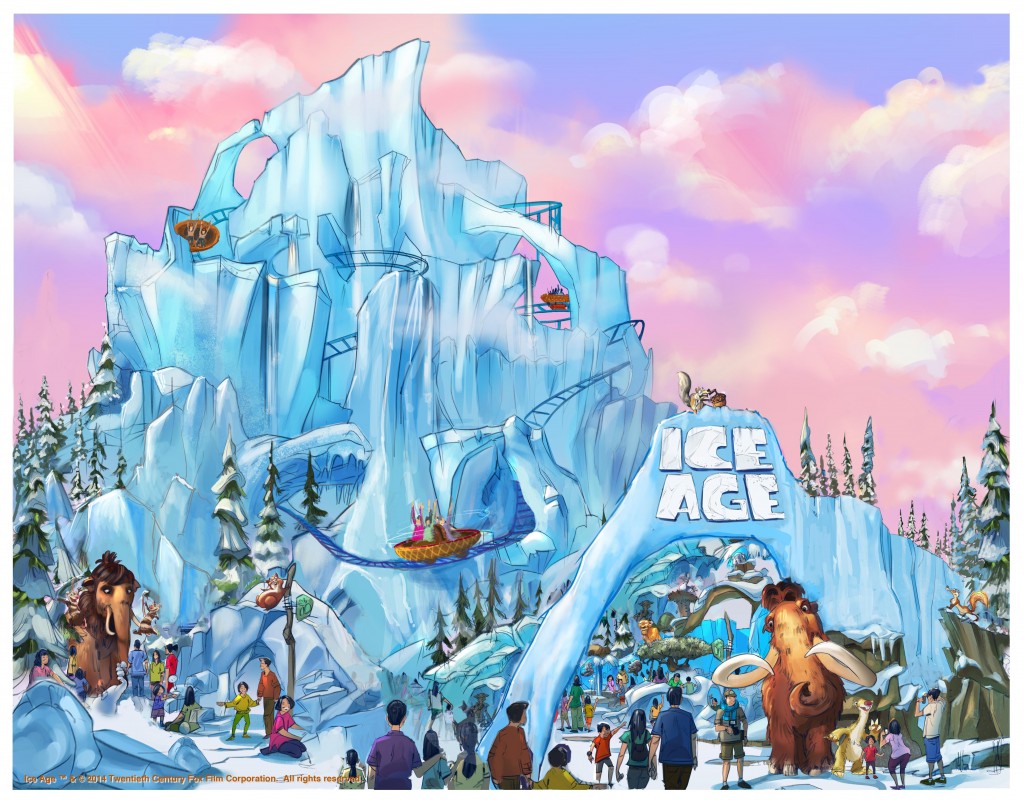 With TWENTIETH CENTURY FOX WORLD targeting families and adults alike, the Resort anticipates a strong growth in visitors from both Malaysia and international arrivals including China and Southeast Asia.

A 21st Century Fox company, Twentieth Century Fox Television is one of the industry’s most prolific suppliers of primetime television programming and entertainment content, including the blockbuster and Emmy and Golden Globe winning “Modern Family,” the pop culture phenomenon and Golden Globe winning “Glee,” the celebrated anthology series “American Horror Story,” the hit comedies “New Girl” and “How I Met Your Mother,” and the longest running primetime scripted series in the history of television, “The Simpsons.” The studio recently returned the Emmy Award-winning cult hit “Arrested Development” to production on new episodes, and its cable production division Fox 21 is responsible for this year’s Emmy Award winner and Golden Globe winner for Outstanding Drama Series, “Homeland.”

In the United Kingdom, Genting Malaysia is one of the largest casino operators in the UK and a leading innovator in the provision of high quality customer-focused gaming. It operates 6 casinos in London and 35 casinos in the UK provinces. The Group is presently developing a leisure and entertainment complex at the National Exhibition Centre in Birmingham, to be known as Resorts World Birmingham.

In the United States of America, Genting Malaysia operates Resorts World Casino New York City, a video lottery facility at the Aqueduct Racetrack in New York City. As the first such facility located in the city, the resort presents a premier entertainment hub providing the ultimate gaming and entertainment experience, with approximately 5,000 gaming machines, shows, events and culinary delights.

Genting Malaysia is a member of the Genting Group, one of Asia’s leading and best-managed multinationals. The Genting Group is the collective name for Genting Berhad, its subsidiaries and associates, which have significant interests in leisure & hospitality, power generation, palm plantation, property development, biotechnology and oil & gas related activities.

Joe Kleimanhttp://wwww.themedreality.com
Raised in San Diego on theme parks, zoos, and IMAX films, InPark's Senior Correspondent Joe Kleiman would expand his childhood loves into two decades as a projectionist and theater director within the giant screen industry. In addition to his work in commercial and museum operations, Joe has volunteered his time to animal husbandry at leading facilities in California and Texas and has played a leading management role for a number of performing arts companies. Joe previously served as News Editor and has remained a contributing author to InPark Magazine since 2011. HIs writing has also appeared in Sound & Communications, LF Examiner, Jim Hill Media, The Planetarian, Behind the Thrills, and MiceChat His blog, ThemedReality.com takes an unconventional look at the attractions industry. Follow on twitter @ThemesRenewed Joe lives in Sacramento, California with his wife, dog, and a ghost.
Share
Facebook
Twitter
Linkedin
Email
Print
WhatsApp
Pinterest
ReddIt
Tumblr
Previous article
Shanghai Disney Resort Signs First Corporate Partner
Next article
Electrosonic Provides AV Services to Annenberg Space for Photography’s Skylight Studios