National Aquarium Evaluates Its Future and That of Its Dolphins 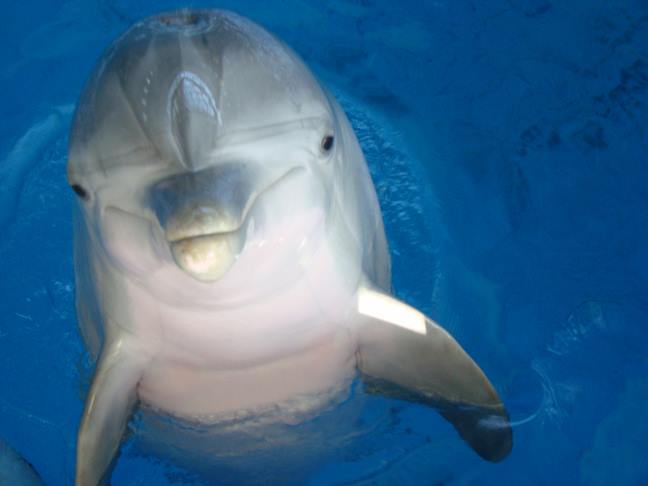 [quote]Though we have achieved much over our first decades, we are not resting on our laurels.  To the contrary, we are embracing these changes enthusiastically as we design a future that will ensure we remain relevant to our audience of the next 30 years.” — John Racanelli, National Aquarium CEO[/quote]

“In the 33 years since the era of modern aquariums began here in Baltimore, our team has made quantum leaps in terms of the care we offer our animals, the science that informs our work, and the evolving role of aquariums in the nation and world,” said Bob Carter, Chair of the National Aquarium Board of Directors. “A key part of the BLUEprint inquiry is to identify the core elements of this desired future state and map out the steps we will take to attain it.”

In partnership with world-renowned design and architecture firm Studio Gang Architects and predictive intelligence company IMPACTS Research & Development, National Aquarium leaders have been working with their community and experts around the world to gain new insight and understanding that will help shape the organization’s future. 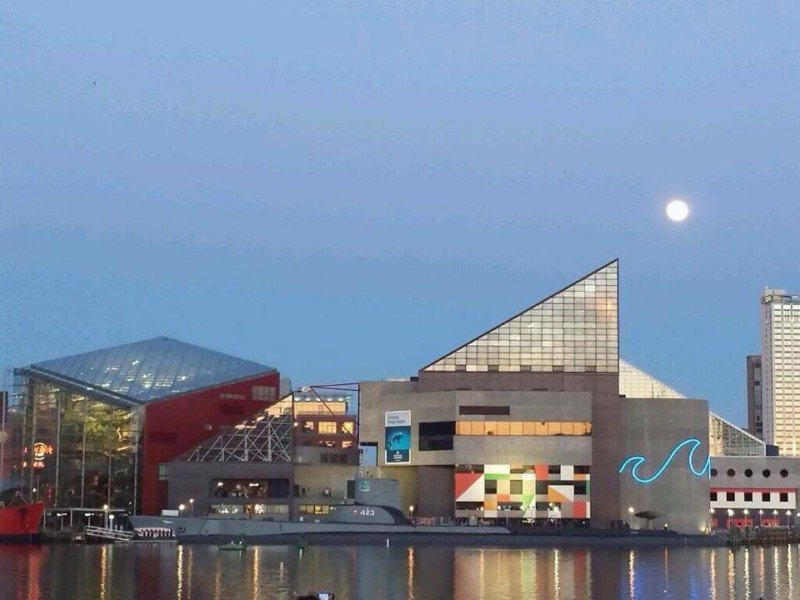 Specifically, BLUEprint is focusing research and recommendations on the following:

The future of aquariums worldwide – Since its opening in 1981, the National Aquarium has transformed itself from an aquarium attraction with a nascent conservation program to a nationally recognized conservation organization that operates a world-class aquarium. Through BLUEprint, the Aquarium is taking the next step in pursuing its vision to change the way humanity views and cares for the ocean by identifying the core elements of this desired future state and mapping out the steps it will take to attain it.

Reimagining the National Aquarium experience – As it has evolved, the Aquarium facility has become more diffuse, with three very different exhibit experiences. Separated by water and differing exhibit approaches, these experiences have been challenging to unify. This is the central work of the BLUEprint: to weave these exciting but disparate parts together to tell a powerful story of aquatic conservation. Some of the ideas now in the concept stage include: a “perched wetland” in the slip between Piers 3 and 4 to depict the Chesapeake Bay watershed’s quintessential habitats while demonstrating what a healthy, thriving urban waterfront might be; a series of interactive exhibits that will celebrate the Chesapeake Bay and mid-Atlantic seashores, among other aquatic treasures; a more cohesive visitor pathway; public access to back-of-house zones traditionally off-exhibit, such as the animal care center, marine animal rescue facilities, veterinary lab and food preparation space; and a fresh approach that could make the bridge between the piers an exhibit experience unto itself.

Designing a new role in the nation’s capital – When the original National Aquarium in the Department of Commerce Building in Washington, D.C., closed last fall, the National Aquarium pledged to find a way to have a presence in the capital. Since then, two compelling ideas have emerged and are being explored: (1) An “ocean embassy” idea envisions a program spearheaded by the National Aquarium to bring together ocean advocates, aquarium leaders and policymakers to perform for the ocean what embassies do for nations: debate issues, promote mutual welfare, negotiate disputes and represent the interests of their constituents, and (2) potential collaborations with the Smithsonian Institution.

The future of dolphins at the National Aquarium – With a heightened understanding of the emerging science and an intimate knowledge of the eight dolphins in the National Aquarium’s care, the National Aquarium is studying and evaluating all possible options for providing them with the best possible living environment in the years ahead. A Dolphin Summit will take place at the National Aquarium later this month that brings together experts from the aquatic world to determine the feasibility of a variety of potential solutions, including designing and building a dolphin sanctuary in an ocean-side setting and exploring in detail the requirements for operating such a facility.

Over the recent months, the groundbreaking process of BLUEprint caught the attention of The New Yorker magazine, which, in its May 19 issue, features some of these ideas and concepts in a profile of Studio Gang founder Jeanne Gang.

National Aquarium Board and staff, Studio Gang, IMPACTS and other Aquarium stakeholders will be working together in the coming months to refine the elements that will be included in the final BLUEprint plan.

Joe Kleimanhttp://wwww.themedreality.com
Raised in San Diego on theme parks, zoos, and IMAX films, InPark's Senior Correspondent Joe Kleiman would expand his childhood loves into two decades as a projectionist and theater director within the giant screen industry. In addition to his work in commercial and museum operations, Joe has volunteered his time to animal husbandry at leading facilities in California and Texas and has played a leading management role for a number of performing arts companies. Joe previously served as News Editor and has remained a contributing author to InPark Magazine since 2011. HIs writing has also appeared in Sound & Communications, LF Examiner, Jim Hill Media, The Planetarian, Behind the Thrills, and MiceChat His blog, ThemedReality.com takes an unconventional look at the attractions industry. Follow on twitter @ThemesRenewed Joe lives in Sacramento, California with his wife, dog, and a ghost.
Share
Facebook
Twitter
Linkedin
Email
Print
WhatsApp
Pinterest
ReddIt
Tumblr
Previous articleConstruction Complete on National 9/11 Memorial Museum
Next articleOakland Museum of California and San Francisco Museum of Modern Art Join Forces for Unprecedented Exploration of State’s Art Movements