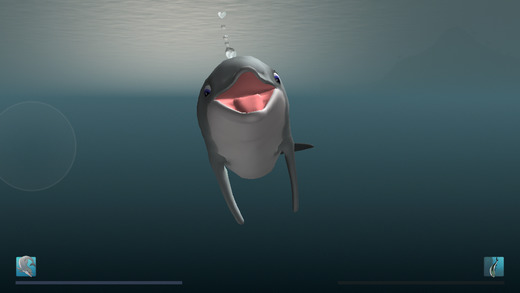 [quote]The National Aquarium was thrilled to partner with the Johns Hopkins University on such an exciting and revolutionary project.  Their team spent hundreds of hours observing our dolphins, and I think it shows in the quality of the product. The fact that an app developed for the medical community can also be so engaging for the general public made this project particularly exciting for us.” — John Racanelli, CEO of the National Aquarium[/quote]

Baltimore, MD, USA (October 17, 2014) — The National Aquarium and a multidisciplinary team at the Johns Hopkins University, called Max & Haley, have teamed up to create a ground breaking technology called “I Am Dolphin” that will help stroke victims regain critical motor function and inspire millions.

The original goal of the partnership between the Aquarium and Johns Hopkins was to create a physical dolphin simulation to help stroke victims regain critical motor function. Strokes affect nearly 800,000 people in the U.S. each year. During a stroke, blood supply to the brain is interrupted, depriving it of oxygen and crippling the body. The idea behind the simulation was to provide an immersive rehabilitation environment that is stimulating and engaging for post-stroke patients. 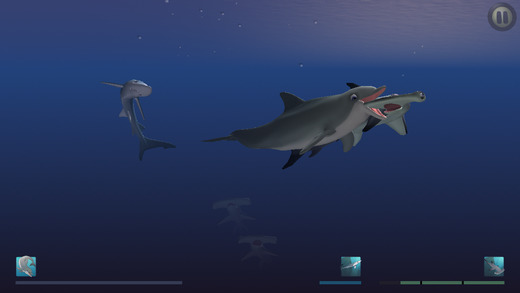 By placing their arm in a robotic sling, patients could control the motion of a simulated dolphin. Their discernible movements would be mirrored on screen—the swipe of an arm or flick of a finger determining where the dolphin moves, if it flips, dives, catches a fish or leaps from the water. The Hopkins team worked closely with the Aquarium’s animal experts and spent hundreds of hours studying the animals’ movements and behaviors. Three dolphins in particular—Beau, Foster and Bayley—served as the basis for the dolphin seen in the simulation. They even used sound recordings from the three dolphins to produce the program’s audio. The team’s scientists, artists, engineers and programmers worked to replicate a dolphin’s range and fluidity of motion in a cybernetic form. The result of all this effort was the “I Am Dolphin” application.

Clinical trials for the simulation begin in a few months, but “I Am Dolphin” is already creating buzz outside of the medical community. What began as a tool to help post-stroke victims has developed into a fully functional app—available to anyone with a tablet or smartphone. The game allows users to adopt the role of a dolphin—swimming, hunting, jumping and more—with the swipe of a finger. The user is transported to the dolphin’s world, fostering a deep connection with the ocean and inspiring emotional learning. 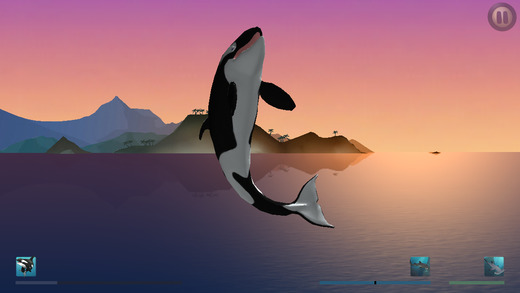 “Our simulations have virtual muscles, bones and a functioning motor system that users can actually connect with via their own motor systems,” explained Omar Ahmad, software architect. “You feel as though you become the dolphin.” Players get lost in the experience of virtually inhabiting another creature.

The “I Am Dolphin” team will be donating 3 percent of the game’s profits to the National Aquarium, in support of their mission to inspire conservation of the world’s aquatic treasures.

Joe Kleimanhttp://wwww.themedreality.com
Raised in San Diego on theme parks, zoos, and IMAX films, InPark's Senior Correspondent Joe Kleiman would expand his childhood loves into two decades as a projectionist and theater director within the giant screen industry. In addition to his work in commercial and museum operations, Joe has volunteered his time to animal husbandry at leading facilities in California and Texas and has played a leading management role for a number of performing arts companies. Joe previously served as News Editor and has remained a contributing author to InPark Magazine since 2011. HIs writing has also appeared in Sound & Communications, LF Examiner, Jim Hill Media, The Planetarian, Behind the Thrills, and MiceChat His blog, ThemedReality.com takes an unconventional look at the attractions industry. Follow on twitter @ThemesRenewed Joe lives in Sacramento, California with his wife, dog, and a ghost.
Share
Facebook
Twitter
Linkedin
Email
Print
WhatsApp
Pinterest
ReddIt
Tumblr
Previous articleRescued Grizzly Bears to Occupy Newly Renovated Habitat at Central Park Zoo
Next articleWhite Hutchinson Compiles National Survey on FEC Attraction Usage