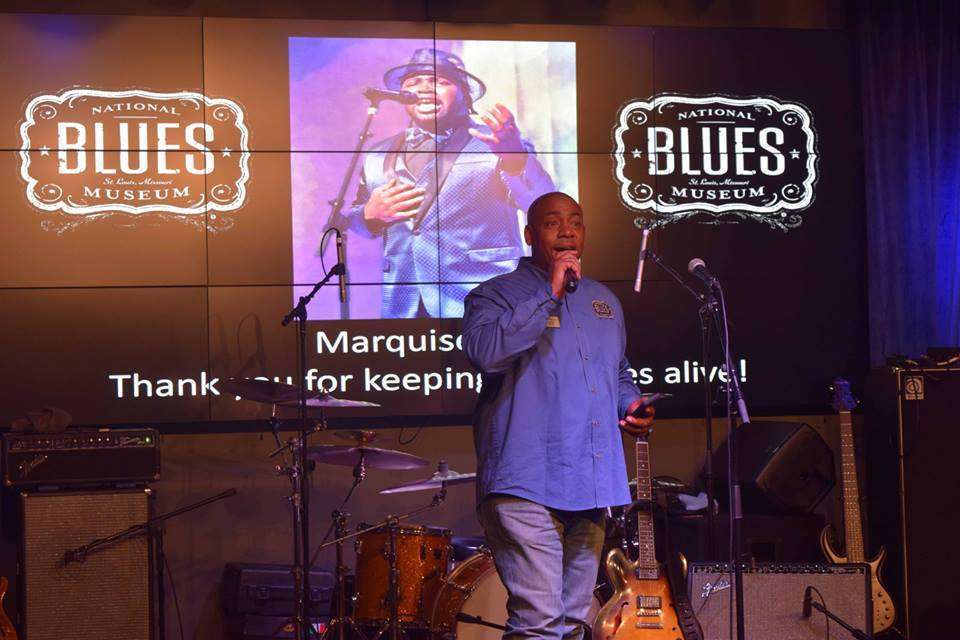 The National Blues Museum (NBM) has announced that its executive director, Dion Brown, is departing St. Louis to serve as the President of the National Underground Railroad Freedom Center, in Cincinnati, OH. Brown, who formerly served as executive director of the B.B. King Museum in Indianola, Mississippi, will depart effective mid-February 2018.

In his tenure with the NBM, Mr. Brown has elevated the trajectory of this institution, creating positive relationships with local and national blues artists, dozens of whom have performed on our stage. He has actively collaborated with a broad range civic and community leaders, museum professionals, and the blues community around the world. It is through his leadership that we’ve become a destination place for international travelers, developed the concert series’s Howlin’ Fridays and Soulful Sundays, as well as a summer blues collaboration with the Gateway Arch Park Foundation.  Brown also opened the museum to a wider audience via our weekly radio program, the “Blues Highway,” on WSIE 88.7 the Sound and Brown instituted special programs to honor legends of the blues.

“These successful programs have left an indelible mark on both our institution and the City of St. Louis.  I cannot think of a more qualified individual to have been at the helm of the opening of the Museum.  While we are saddened at his departure, we are certain that he’ll do even more in Cincinnati and wish him every success at his new institution, ” said Rob Endicott, the Chairman of the National Blues Museum.

“I’m filled with mixed emotions about Dion’s departure. On the professional level, I’m excited and extremely proud of him and his new opportunities, but on a personal level, I’m going to deeply miss my dear friend,” said Jacqueline Dace, National Blues Museum, Director of Internal Affairs.

Brown said, “I am proud of what our NBM team has accomplished together. I’m immensely grateful for the privilege of working with the NBM and I’m confident that everyone will come together to assure the success for this historically significant institution.”

Over the next few months, the National Blues Museum board will be conducting a search to find the new NBM Executive Director. During this transition period, the Board’s priority will be to find the best individual to lead, while still maintaining a stable and effective organization. The NBM will share the job announcement soon and will work to identify candidates who can help the National Blues Museum continue its successful trajectory.

The National Blues Museum will miss Brown and his inspiring leadership, dedication, passion, enthusiasm and motivation.  The Board and staff wish him the best of luck in his new endeavors.

Joe Kleimanhttp://wwww.themedreality.com
Raised in San Diego on theme parks, zoos, and IMAX films, InPark's Senior Correspondent Joe Kleiman would expand his childhood loves into two decades as a projectionist and theater director within the giant screen industry. In addition to his work in commercial and museum operations, Joe has volunteered his time to animal husbandry at leading facilities in California and Texas and has played a leading management role for a number of performing arts companies. Joe previously served as News Editor and has remained a contributing author to InPark Magazine since 2011. HIs writing has also appeared in Sound & Communications, LF Examiner, Jim Hill Media, The Planetarian, Behind the Thrills, and MiceChat His blog, ThemedReality.com takes an unconventional look at the attractions industry. Follow on twitter @ThemesRenewed Joe lives in Sacramento, California with his wife, dog, and a ghost.
Share
Facebook
Twitter
Linkedin
Email
Print
WhatsApp
Pinterest
ReddIt
Tumblr
Previous articleGroundbreaking Takes Place at Grand Texas for Big Rivers Waterpark and Gator Bayou Adventure Park
Next articleSpringtime at Disneyland Paris Belongs to Pirates and Princesses