National Geographic to Distribute “Living in the Age of Airplanes” 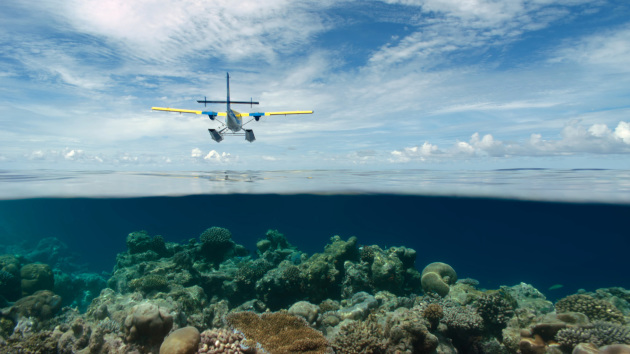 Washington, DC, USA (December 11, 2014) — National Geographic Studios has acquired the global theatrical rights to the film “Living in the Age of Airplanes,” which takes audiences on an epicjourney through 18 countries and across all seven continents as it presents a unique perspective on how the airplane has changed the world. It will be available to 15/70 flat and dome film screens and to all digital screens when it is released worldwide on April 10, 2015.

Produced and directed by Brian J. Terwilliger (“One Six Right”), “Living in the Age of Airplanes” is narrated by actor and pilot Harrison Ford and features an original score by Academy Award-winning composer and pilot James Horner (“Avatar,” “Titanic”). The film was shot in 95 locations around the globe, from remote places like the South Pole and the Maldives to historically significant sites of ancient civilizations. The narrative weaves together the profound ways that aviation has transformed our lives, connecting countries and cultures while expanding horizons and minds.

“Since we were all born into a world with airplanes, it‟s hard to imagine that jet travel itself is only 60 years old, just a tick on the timeline of human history,” said Terwilliger. “Yet practically overnight, our perception of crossing continents and oceans at 500 mph has turned from fascination to frustration. I want to reignite people‟s wonder for one of the most extraordinary aspects of the modern world.”

Joe Kleimanhttp://wwww.themedreality.com
Raised in San Diego on theme parks, zoos, and IMAX films, Joe Kleiman would expand his childhood loves into two decades as a projectionist and theater director within the giant screen industry. In addition to his work in commercial and museum operations, Joe has volunteered his time to animal husbandry at leading facilities in California and Texas and has played a leading management role for a number of performing arts companies. Joe has been News Editor and contributing author to InPark Magazine since 2011. HIs writing has also appeared in Sound & Communications, LF Examiner, Jim Hill Media, and MiceChat. His blog, ThemedReality.com takes an unconventional look at the attractions industry. Follow on twitter @ThemesRenewed Joe lives in Sacramento, California with his fiancé, two dogs, and a ghost.
Share
Facebook
Twitter
Linkedin
Email
Print
WhatsApp
Pinterest
ReddIt
Tumblr
Previous articleIAAPA Institute for Executive Education Now Open For Registration
Next articleTwo New Thrill Rides Headed to Carowinds for 2015