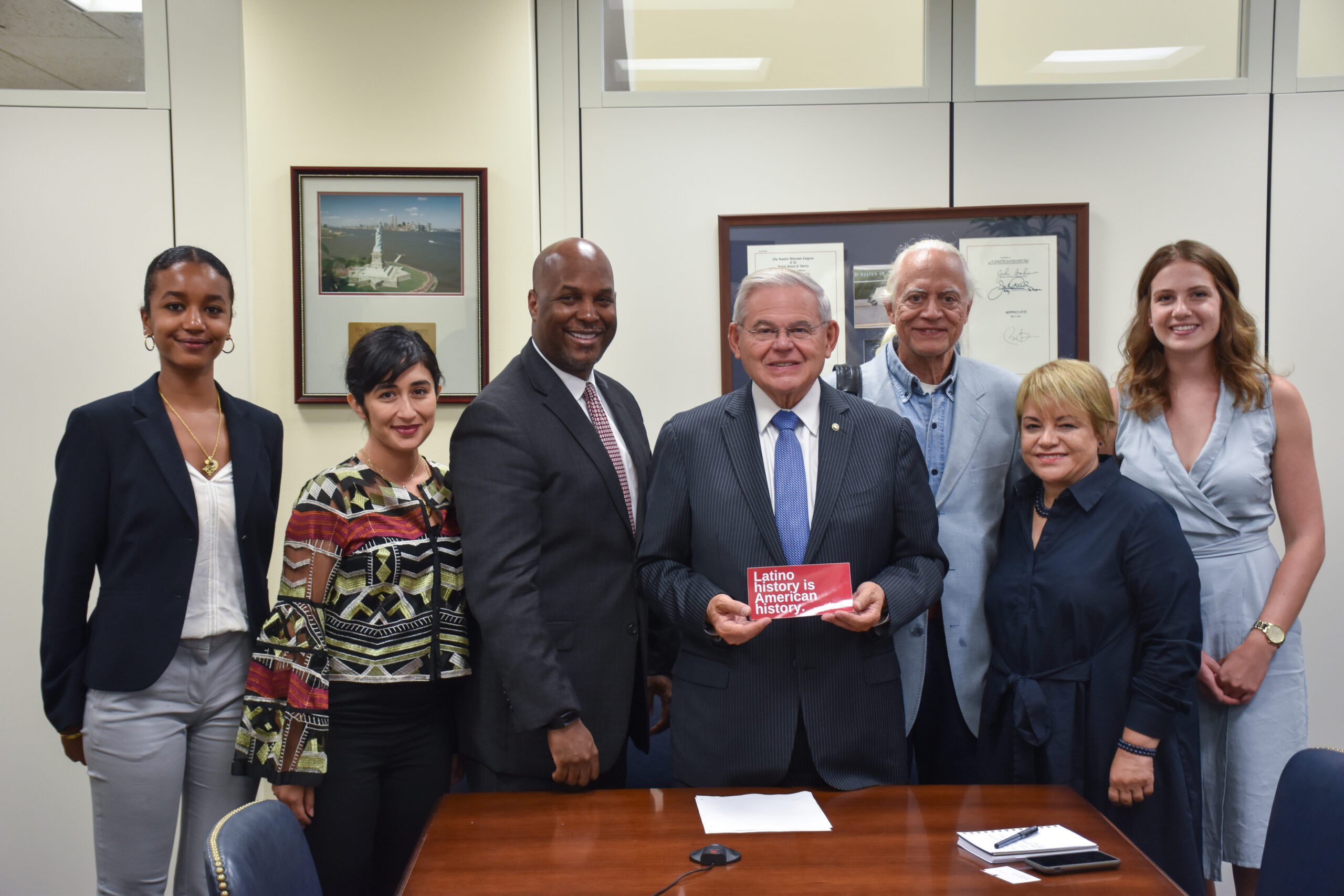 December 21, 2020 saw the passage of a year-end legislative package, which included Senator Bob Menendez’s (D-N.J.) bipartisan National Museum of the American Latino Act. Its passage as part of the year-end omnibus is the result of more than two decades of tireless advocacy and work to create a Smithsonian Museum on the National Mall honoring the sacrifices and contributions of American Latinos to our nation.

“We have overcome tremendous obstacles and unbelievable hurdles to get to this historic moment, but, as I’ve said before, Latinos are used to overcoming obstacles,” said Sen. Menendez. “Passage of the National Museum of the American Latino is the culmination of decades of hard work, advocacy, successes and set-backs in the movement to recognize Latino contributions to America’s history, economy and culture. With this vote, Latinos and Latinas across our nation will finally have their stories, struggles, and impact on our country validated by the United States Congress. As a first-generation Cuban American, I know what it’s like to feel invisible in a nation where Latinos are seldom celebrated. I am enormously proud of my role in getting this legislation over the finish line and cannot wait until the day when I can take my granddaughters to visit the National Museum of the American Latino in our nation’s capital.”

On December 10, Sens. Menendez and John Cornyn (R-Texas) went to the Senate floor and asked colleagues to pass their bipartisan legislation by unanimous consent. It was blocked by a single Republican Senator who claimed that creating a Museum of the American Latino would lead to an “array of segregated, separate-but-equal museums.”

As a result, Sen. Menendez immediately worked to ensure this bill was included in the year-end omnibus legislation. He was joined by Sen. Cornyn, as well as the lead sponsors of a bill to create a Smithsonian American Women’s History Museum, in a letter urging Senate Majority and Minority Leaders Mitch McConnell (R-Ky.) and Chuck Schumer (D-N.Y.), House Speaker Nancy Pelosi (D-Calif.), and Minority Leader Kevin McCarthy (R-Calif.) to include both pieces of legislation in the year-end omnibus spending package.

“While xenophobia, bigotry and nativism remains alive in the United States, it means so much to know there will now be a world-class Smithsonian museum that will help educate all Americans about the struggles, triumphs and stories of American Latinos and Latinas whose history in this country predates the founding of our Republic,” he added.

The National Museum of the American Latino Act was introduced in May 2019 in both chambers by Sens. Menendez and John Cornyn and Reps. Jose Serrano (D-N.Y.) and Will Hurd (R-Texas). The museum would educate current and future generations on the vast political, social, cultural and economic contributions American Latinos have made to American life. Specifically, the law will:

· Establish a Board of Trustees: Creates a 19-member Board of Trustees to help plan and design the construction of the Museum, and; develop the Museum’s exhibits and collections in order to showcase the life, art, history and culture of American Latinos and their contributions to the United States.

· Create Educational Grants and Scholarships: Authorizes the Director of the Institute of Museum and Library Services to establish grants and educational programs for children and adults to learn about Latino life, art, history and culture.

· Authorize Site Designation: Allows the Board of Trustees to explore several sites for either the new construction or development of the Museum.

In 2008, with Presidential and Congressional leadership, a 23-member Commission was established to study the viability of a museum. Sen. Menendez and the then Majority Leader Harry Reid first introduced Senate legislation to establish a Latino museum in 2011 following the Commission’s report that determined the museum’s creation was indeed feasible. Sen. Menendez introduced similar legislation again in 2013, 2016, and 2017 before the current bill was introduced last year. In 2003 when he was still a member of the House of Representatives, Sen. Menendez cosponsored the original bill to create a Commission to Establish the National Museum of the American Latino.

Joe Kleimanhttp://wwww.themedreality.com
Raised in San Diego on theme parks, zoos, and IMAX films, InPark's Senior Correspondent Joe Kleiman would expand his childhood loves into two decades as a projectionist and theater director within the giant screen industry. In addition to his work in commercial and museum operations, Joe has volunteered his time to animal husbandry at leading facilities in California and Texas and has played a leading management role for a number of performing arts companies. Joe previously served as News Editor and has remained a contributing author to InPark Magazine since 2011. HIs writing has also appeared in Sound & Communications, LF Examiner, Jim Hill Media, The Planetarian, Behind the Thrills, and MiceChat His blog, ThemedReality.com takes an unconventional look at the attractions industry. Follow on twitter @ThemesRenewed Joe lives in Sacramento, California with his wife, dog, and a ghost.
Share
Facebook
Twitter
Linkedin
Email
Print
WhatsApp
Pinterest
ReddIt
Tumblr
Previous articleAppropriations bill offers millions in COVID relief funding for museums and establishes two new Smithsonian museums
Next articleSmithsonian to add Women’s History Museum