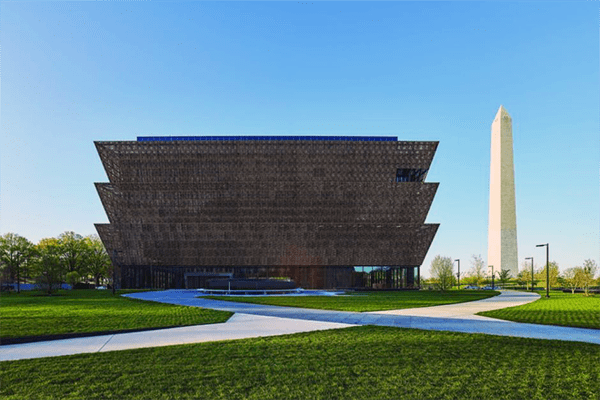 The Smithsonian’s National Museum of African American History and Culture has launched Talking About Race,a new online portal designed to help individuals, families, and communities talk about racism, racial identity and the way these forces shape every aspect of society, from the economy and politics to the broader American culture. The online portal provides digital tools, online exercises, video instructions, scholarly articles and more than 100 multi-media resources tailored for educators, parents and caregivers—and individuals committed to racial equality.

A rash of racially charged incidents—from an altercation in Central Park to acts of police brutality resulting in the deaths of Breonna Taylor and George Floyd and the protests they provoked in cities around the country—prompted the Museum to move up the release date of Talking About Race. By releasing the new portal today, the Museum aims to help individuals and communities foster constructive discussions on one of the nation’s most challenging topics:  racism, and its corrosive impact.

“Since opening the museum, the number one question we are asked is how to talk about race, especially with children,” said Spencer Crew, the interim director of the National Museum of African American History and Culture. “We recognize how difficult it is to start that conversation. But in a nation still struggling with the legacies of slavery, Jim Crow laws, and white supremacy, we must have these tough conversations if we have any hope of turning the page and healing. This new portal is a step in that direction.”

Research shows that many people feel they do not have the information needed to discuss race in a way that is candid, safe and respectful of other viewpoints and experiences.

“The portal offers a wealth of resources to inform and guide discussions—videos, role-playing exercises, targeted questions and more, said Crew.” “We hope that people will use this site to become more comfortable about engaging in honest dialogue and self-reflection.”

Phase one of the portal features eight foundational subjects including:

Joe Kleimanhttp://www.themedreality.com
Raised in San Diego on theme parks, zoos, and IMAX films, Joe Kleiman would expand his childhood loves into two decades as a projectionist and theater director within the giant screen industry. In addition to his work in commercial and museum operations, Joe has volunteered his time to animal husbandry at leading facilities in California and Texas and has played a leading management role for a number of performing arts companies. Joe has been News Editor and contributing author to InPark Magazine since 2011. HIs writing has also appeared in Sound & Communications, LF Examiner, Jim Hill Media, and MiceChat. His blog, ThemedReality.com takes an unconventional look at the attractions industry. Follow on twitter @themedreality Joe lives in Sacramento, California with his fiancé, two dogs, and a ghost.
Share
Facebook
Twitter
Linkedin
Email
Print
WhatsApp
Pinterest
ReddIt
Tumblr
Previous articleSeaWorld Orlando, Discovery Cove, and Aquatica Orlando to reopen June 11
Next articleSt Louis Union Station, including St Louis Aquarium and Wheel, now open