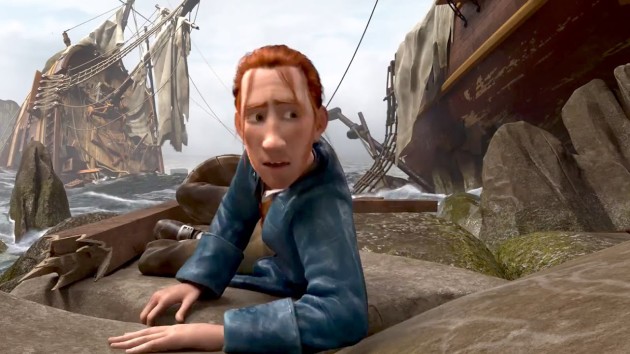 The animated film brings to life the true story of Robinson Crusoe in 3D as seen through the eyes of his quirky companions, including his larger-than-life parrot Tuesday who dreams of exploring the world.  The film is directed by Ben Stassen and Vincent Kesteloot and produced by nWave Pictures.

“Robinson Crusoe is a timeless adventure classic that has enthralled families since it was first published and the exceptional quality of Ben and Vincent’s 3-D animation will help introduce the story to a new generation,” said Beeks. “STUDIOCANAL has become an important supplier of high profile, branded event properties for our pipeline, and we’re thrilled to continue expanding our relationship with them on a diverse and commercially exciting roster of films.”

“Once again, we’re very excited by the opportunity to tap Lionsgate’s marketing prowess and distribution expertise in the U.S., and we know that they will be the perfect home for our fresh take on the Robinson Crusoe story,” said Buet. “Our relationship has continued to grow since we partnered on The Last Exorcism, and we believe that our current line-up of films will resonate with audiences for years to come.”

Joe Kleimanhttp://wwww.themedreality.com
Raised in San Diego on theme parks, zoos, and IMAX films, InPark's Senior Correspondent Joe Kleiman would expand his childhood loves into two decades as a projectionist and theater director within the giant screen industry. In addition to his work in commercial and museum operations, Joe has volunteered his time to animal husbandry at leading facilities in California and Texas and has played a leading management role for a number of performing arts companies. Joe previously served as News Editor and has remained a contributing author to InPark Magazine since 2011. HIs writing has also appeared in Sound & Communications, LF Examiner, Jim Hill Media, The Planetarian, Behind the Thrills, and MiceChat His blog, ThemedReality.com takes an unconventional look at the attractions industry. Follow on twitter @ThemesRenewed Joe lives in Sacramento, California with his wife, dog, and a ghost.
Share
Facebook
Twitter
Linkedin
Email
Print
WhatsApp
Pinterest
ReddIt
Tumblr
Previous articleMichael Pharr Joins Rethink as Chief Operating Officer
Next articleDB Associates Newest Member of Primeview USA Sales Force