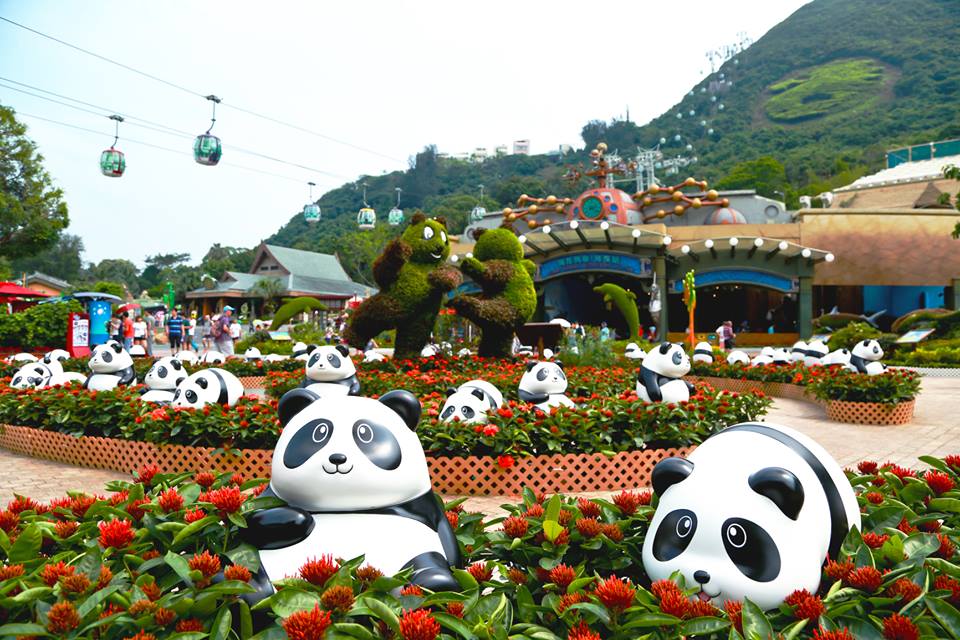 Ocean Park has announced its financial results for the 2015/16 fiscal year ending 30 June 2016. The Park received around 6 million guests for the year due to difficult economic conditions in Hong Kong, generated a revenue of HK$1,614.8 million, and recorded a deficit of HK$241.1 million. Ocean Park also announced a new pricing structure which will come into effect in early 2017.

“The 2015/16 fiscal year has been challenging for both the tourism and retail sectors in Hong Kong and Ocean Park has not been immune,” said Leo Kung, Chairman of Ocean Park. “The number of inbound tourists to Hong Kong has dropped due to a combination of factors. These include intensified competition from other regional destinations, the strengthening Hong Kong dollar against the Renminbi and other currencies, and slowing economic growth in China, which has affected Mainland visitor flows to the city. As a result of this reduction in tourist arrivals to Hong Kong from the Mainland, Ocean Park experienced a 18.8% drop in guest visitation to around 6 million during the 2015/16 fiscal year. With growing competition, we have to provide the best possible experience to our guests and further enhance our facilities to win visitors over. This includes the development of two hotels (The Hong Kong Ocean Park Marriot Hotel and The Fullerton Hotel @ Ocean Park) and the new all-weather Ocean Park Water World.

A difficult climate buffered by local support and new markets

Despite the adverse external conditions that affected Ocean Park’s performance, the difficult financial results were buffered by sustained local support and the growth of key regional markets, including India, Indonesia and the Philippines, which all saw double-digit year-on-year increases in attendance.

However, due to the launch of several attractions over the past few years, such as Thrill Mountain and the Rainforest in 2011, Old Hong Kong and Polar Adventure in 2012, Hong Kong Jockey Club Sichuan Treasures in 2013, Shark Mystique in 2014 and Adventures in Australia in 2015, operational costs have increased substantially. On top of that, Ocean Park also experienced a significant drop in guest visitation for the past fiscal year. As a result, the Park recorded a deficit of HK$241.1 million.

To ensure financial sustainability, Ocean Park has announced a new pricing structure for 2017. Addressing this issue, Kung said, “Ocean Park has to maintain its financial sustainability as we are being buffeted by ever increasing operational expenses, an increased investment in facilities to continuously improve the guest experience and our on-going debt servicing obligations. As a self-financed social enterprise, our pricing should be sustainable to support the Park’s development so that it does not become a burden on Hong Kong taxpayers.

The new pricing structure will take effect on the 1 January 2017, daytime admission tickets for adults and children (aged 3-11) will be HK$438,  and HK$219 respectively, with a two-month grace period until 28 February 2017 for local residents. After the new pricing structure, admission prices will still stand out as one of the lowest in the region when compared to theme parks of a similar scale. The current SmartFun Annual Pass prices will remain unchanged.

Optimistic about the future

The launch of the MTR South Island Line (East) and the Ocean Park station on 28 December 2016 will provide quicker and easier access to the Park and likely facilitate increased guest visitation from both local and fully independent travelers (FITs) which will boost future revenue. The expectant opening of two hotels, the Hong Kong Ocean Park Marriott Hotel and The Fullerton Hotel @ Ocean Park, will enable the park to extend the visit duration of its guests, thereby elevating the appeal of Ocean Park. The two hotels will also provide a new venue for Meetings, Incentives, Conventions and Exhibitions (MICE) event organizers from around the world, which will be easily accessible thanks to the new MTR link to the Park.

In addition to the opening of two hotels at the Park in near future, Ocean Park will also attract more guests through enhancing its Park portfolio with the addition of the new year-round, all-weather Ocean Park Water World, which will stay open late to offer night attractions for the local community and international tourists. Additionally, the Park will focus further on improving the guest experience. Aside from the development of new attractions, this past year, Ocean Park has launched a free in-park Wi-Fi service, an upgraded mobile app and PFlow, the first-ever guest flow management tool developed by a local theme Park in Asia.

Together, these new developments will play an integral part of Ocean Park’s ongoing transformation into an international resort destination offering multiple parks and hotel accommodation.

To mark Ocean Park’s 40th anniversary in 2017, the `Making Memories’ photo competition was launched to celebrate the positive relationship between Hong Kong residents and the Park over the past 40 years. Members of the public are encouraged to submit a photo from a previous trip to Ocean Park that reminds them of a great time spent with friends and family. 4,000 Ocean Park admission tickets will be given away to local residents who participate in the photo competition.

Aside from this, Ocean Park continues to maintain the largest portfolio of community care programs among comparable theme parks worldwide, such as:

Year-round free admission for local residents aged 3 or below, as well as aged 65 or above.

Year-round free admission for holders of a ‘Registration Card for people with Disabilities’ and half–priced admission for one accompanying guest;

Free admission for Hong Kong residents on their birthdays.

To promote social inclusion, Ocean Park invites thousands of people with disabilities to visit the Park with their friends and families for free every year. On the International Day of Disabled Persons (IDDP) in November 2015, Ocean Park invited 8,000 guests with disabilities and their friends and families to enjoy a day at the Park on two separate occasions. Next year, it will also be partnering with the Chinachem Group to arrange for 10,000 people from low income families to visit the Park for free between January and June 2017. Free transportation and meal will also be provided to all participants.

During the 2015/16 fiscal year, over 454,000 Hong Kong residents enjoyed complimentary or generously discounted admission to Ocean Park, which produced a benefit equivalent to over HK$153 million to the community. This past year, Ocean Park also offered 49,000 students, from kindergarten to senior secondary level, the opportunity to take part in some 1,900 courses across 40 different programs provided by the Ocean Park Academy, Hong Kong. Since 1992, over 840,000 local students have benefited from Ocean Park’s educational programs.

Staying true to its core values, Ocean Park is also committed to our education and conservation programs. In the last fiscal year, Ocean Park donated HK$12.1 million to the Ocean Park Conservation Foundation, Hong Kong, which supported 51 projects across 9 countries and involved 22 animal species in Asia.

Looking ahead to 2017, Leo Kung said, “While Ocean Park remains optimistic about the future, as a self-financed social enterprise, the park must continue its prudent approach to managing its finances despite the healthy reserves that have been built up. In fact, these reserves helped us cover this year’s financial shortfall. In 2017, while celebrating our 40th anniversary, we will continue to further enhance our facilities and offer the best experience we possibly can to our guests.”

Joe Kleimanhttp://wwww.themedreality.com
Raised in San Diego on theme parks, zoos, and IMAX films, InPark's Senior Correspondent Joe Kleiman would expand his childhood loves into two decades as a projectionist and theater director within the giant screen industry. In addition to his work in commercial and museum operations, Joe has volunteered his time to animal husbandry at leading facilities in California and Texas and has played a leading management role for a number of performing arts companies. Joe previously served as News Editor and has remained a contributing author to InPark Magazine since 2011. HIs writing has also appeared in Sound & Communications, LF Examiner, Jim Hill Media, The Planetarian, Behind the Thrills, and MiceChat His blog, ThemedReality.com takes an unconventional look at the attractions industry. Follow on twitter @ThemesRenewed Joe lives in Sacramento, California with his wife, dog, and a ghost.
Share
Facebook
Twitter
Linkedin
Email
Print
WhatsApp
Pinterest
ReddIt
Tumblr
Previous articleUniversal Studios Japan’s Super Nintendo World to Open in Time for 2020 Tokyo Olympics
Next articleSeaWorld to Make Splash in Abu Dhabi as Newest Member of Yas Island Family of Attractions