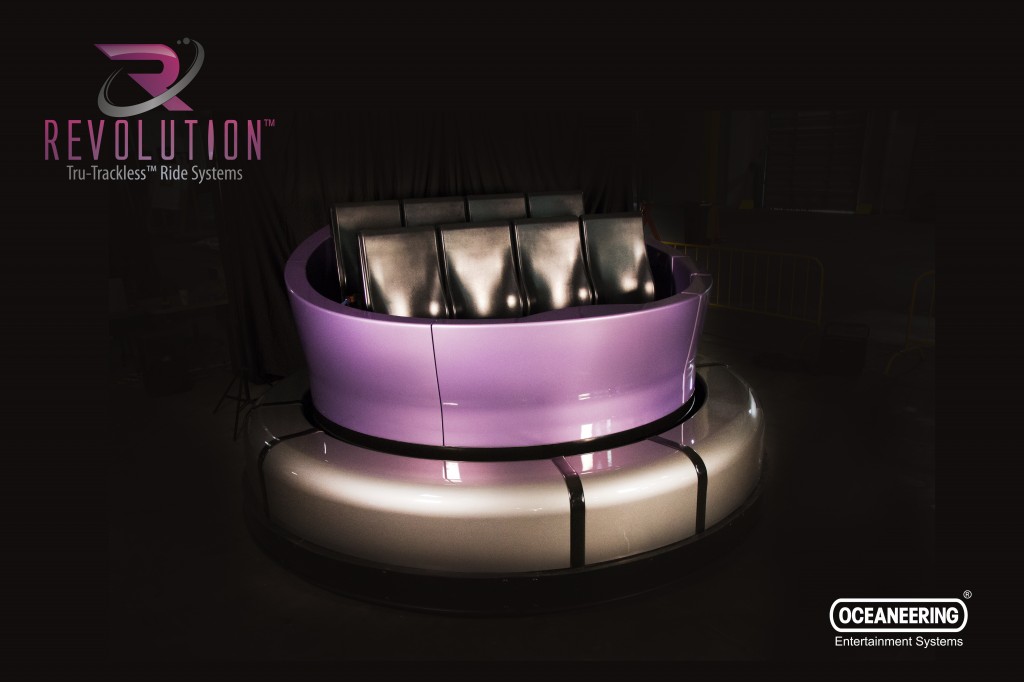 The announcement was made at the IAAPA EXPO in Orlando, the largest theme park attractions and amusement trade show in the world.

Using a blend of several cutting-edge technologies and multiple patent-pending innovations, Tru-Trackless™  ride vehicles are able to move through a show space in any direction, stop and turn at will, while providing  a full motion-base experience to the audience.  Vehicles are able to follow multiple independent ride paths, perform multiple motion profiles, and enter and leave from the load and unload stations in first-available order, not the traditional “follow-the-leader” style.

“Helping Storytellers Move Your Audience is our mantra”, according to Bill Bunting, Manager of Business Development at OES. “We subscribe fervently to Arthur Clark’s third law: “Any sufficiently advanced technology is indistinguishable from magic”. Too often in our industry, the technology overpowers the experience.  It bleeds into the show to the distraction of the story. We think the story should dominate, and the technology should be used only to support the storytelling. It should disappear into the magic created by the experience. We think there are only two prime goals on each project: 1) support the story through the guest experience, and 2) make it reliable and safe. It really all boils down to that.” 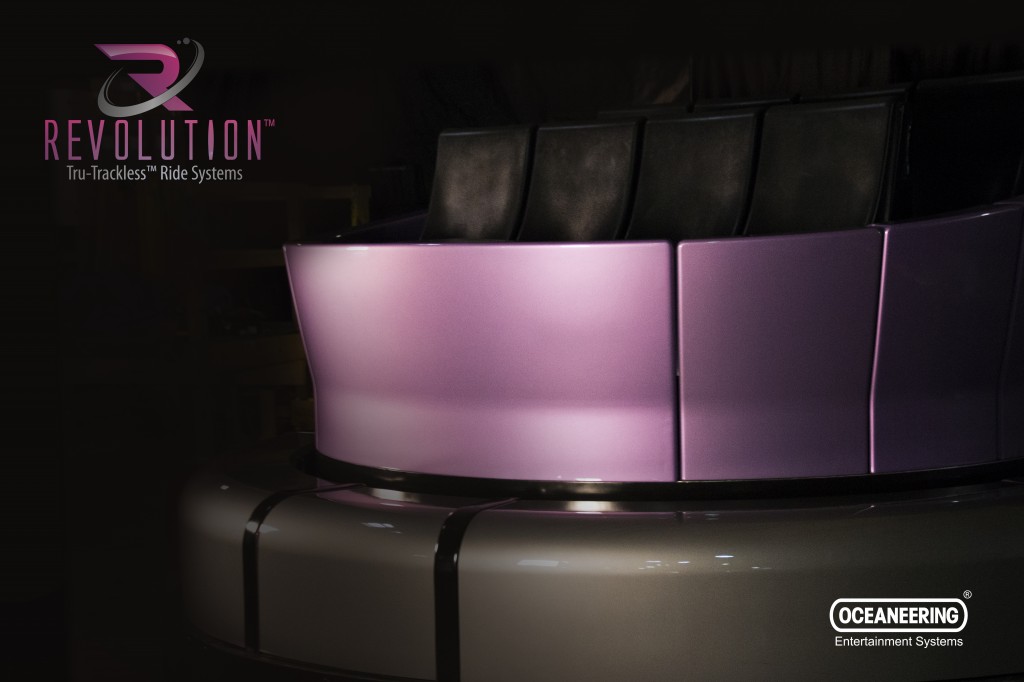 Oceaneering Entertainment Systems (OES) contributes to the cutting-edge development of theme park technologies, including dark ride vehicles and show systems, and an array of other custom solutions. “Being a part of a large global organization with roots in deep-water, robotics, mechanical systems, space exploration, and naval technology development gives us access to talent, knowledge and expertise that others in our industry simply can’t match,” says Dave Mauck, VP of Oceaneering Entertainment Systems.  “We can leverage our vast resource pool around the world, tap into expertise and innovative engineering that sometimes amazes even us”.

With offices in 22 countries, and over 10,000 employees worldwide, Oceaneering has a reach into all corners of the world, and a rich legacy of technology and innovation dating back to its founding in 1964.

The Revolution™ ride vehicle can be seen in action on the IAAPA trade show floor at OES’ booth #1054 during this week’s IAAPA EXPO 2013 at the Orange County Convention Center.

Joe Kleimanhttp://wwww.themedreality.com
Raised in San Diego on theme parks, zoos, and IMAX films, InPark's Senior Correspondent Joe Kleiman would expand his childhood loves into two decades as a projectionist and theater director within the giant screen industry. In addition to his work in commercial and museum operations, Joe has volunteered his time to animal husbandry at leading facilities in California and Texas and has played a leading management role for a number of performing arts companies. Joe previously served as News Editor and has remained a contributing author to InPark Magazine since 2011. HIs writing has also appeared in Sound & Communications, LF Examiner, Jim Hill Media, The Planetarian, Behind the Thrills, and MiceChat His blog, ThemedReality.com takes an unconventional look at the attractions industry. Follow on twitter @ThemesRenewed Joe lives in Sacramento, California with his wife, dog, and a ghost.
Share
Facebook
Twitter
Linkedin
Email
Print
WhatsApp
Pinterest
ReddIt
Tumblr
Previous articleSally Corp’s John Wood and The Huish Brothers Inducted into IAAPA Hall of Fame
Next articlePalace Entertainment Adds “Roar-O-Saurus” Wooden Coaster to New Hampshire’s Story Land