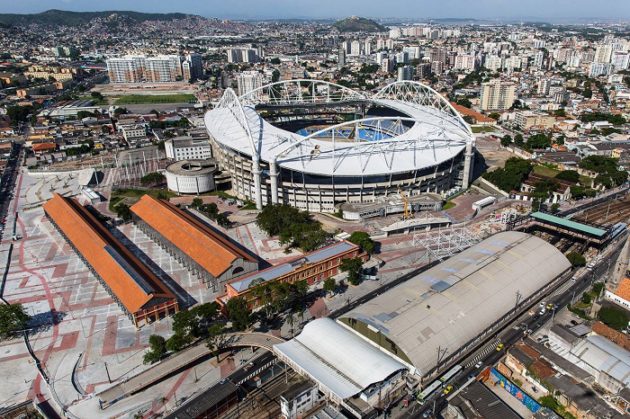 Rio de Janeiro, Brazil (July 5, 2016) — To mark one month until the start of the 2016 Olympic Games, Olympic City Museum, a new museum and digital center located in north of Rio de Janeiro near Olympic Stadium, opened its doors today.

Inside, visitors can use state-of-the-art virtual reality technologies to ‘visit’ Olympic venues and tourist attractions all over the city.

The Museu Cidade Olímpica (Olympic City Museum) is located in the Engenho de Dentro region of Rio, near the renovated Olympic Stadium, in a building that used to be a workshop for repairing railway trains.

The virtual reality systems are the star attraction. Users can strap special headsets over their eyes to enjoy an immersive experience of Rio; the spectacular aerial footage was filmed from hang gliders and helicopters all over the city, and includes breathtaking shots of Olympic regions such as Deodoro and Barra, the rejuvenated city center, as well as old favorites like Sugarloaf Mountain and Copacabana beach. 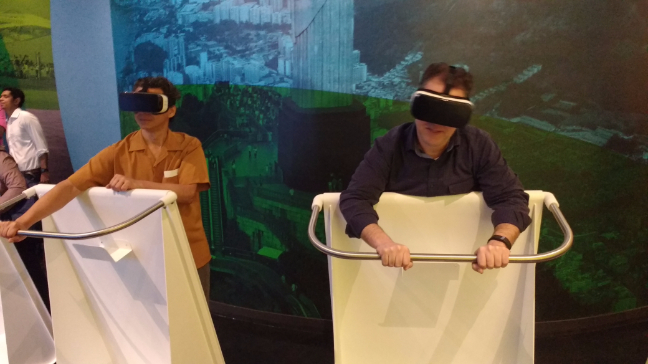 The new space makes intensive use of interactive digital technology and multimedia. Visitors can try their hands at Olympic and Paralympic disciplines in front of a giant screen. They can also learn about how the Olympic Games and digital innovations are transforming life in Rio and about the influence of technology on sport.

Eduardo Paes, the mayor of Rio de Janeiro, and Carlos Nuzman, the president of the Rio 2016 organising committee, both participated in the opening ceremony on Tuesday.

“Today is a very special day,” said Nuzman. “We are very happy to arrive at the stage we are at with the support we have. The Games could begin today, all of the competition areas are ready.

“It will be an unbelievable party that everyone will love. The Games are in Rio, but they belong to the people of Brazil.”

The Olympic City Museum is open from 9am to 9pm from Tuesdays to Saturdays and from 9.30am to 4.30pm on Sundays.

Joe Kleimanhttp://wwww.themedreality.com
Raised in San Diego on theme parks, zoos, and IMAX films, InPark's Senior Correspondent Joe Kleiman would expand his childhood loves into two decades as a projectionist and theater director within the giant screen industry. In addition to his work in commercial and museum operations, Joe has volunteered his time to animal husbandry at leading facilities in California and Texas and has played a leading management role for a number of performing arts companies. Joe previously served as News Editor and has remained a contributing author to InPark Magazine since 2011. HIs writing has also appeared in Sound & Communications, LF Examiner, Jim Hill Media, The Planetarian, Behind the Thrills, and MiceChat His blog, ThemedReality.com takes an unconventional look at the attractions industry. Follow on twitter @ThemesRenewed Joe lives in Sacramento, California with his wife, dog, and a ghost.
Share
Facebook
Twitter
Linkedin
Email
Print
WhatsApp
Pinterest
ReddIt
Tumblr
Previous articleThe softer side of SeaWorld Orlando
Next articleGarner Holt Receives Disneyana Fan Club’s Disney Legend Award