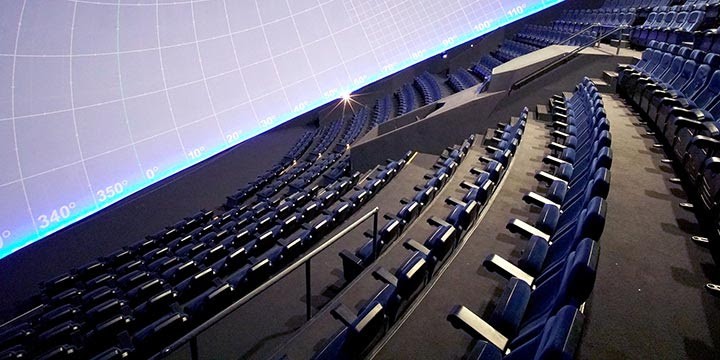 “We are excited about the E&S system – especially its quality and flexibility,” said Berend Reijnhoudt, executive director of Omniversum’s Giant Screen Cinema. “We explored other digital projection options, but this system is clearly the best for us.”

While the new ESX display offers improved visual clarity, the system will enable Omniversum to create original programming using the ESXLive™ simulation engine. The system’s built-in real-time capability allows the facility to offer live events such as concerts, lectures, and data simulation on a variety of scientific topics.

“We will continue to be a Giant Screen theater primarily showing giant screen films, Reijnhoudt said, “but we dream to be open 24/7 with vast amounts of new programming possibilities which will increase value to our fans and our bottom line.”

“We are proud to be part of Omniversum’s legacy, Europe’s very first fulldome digital theater and now the flagship ESX dome in Europe,” said Kirk Johnson, executive vice president and general manager of Evans & Sutherland. “We are constantly working to improve the audience experience in immersive dome theaters, so it is an honor to be part of Omniversum’s transformation to a next-generation Giant Dome Cinema.”

Omniversum opened to the public in 1984. The tilted 23-meter projection dome provides seating for 300 audience members, and a 36-speaker array provides an immersive audio experience.