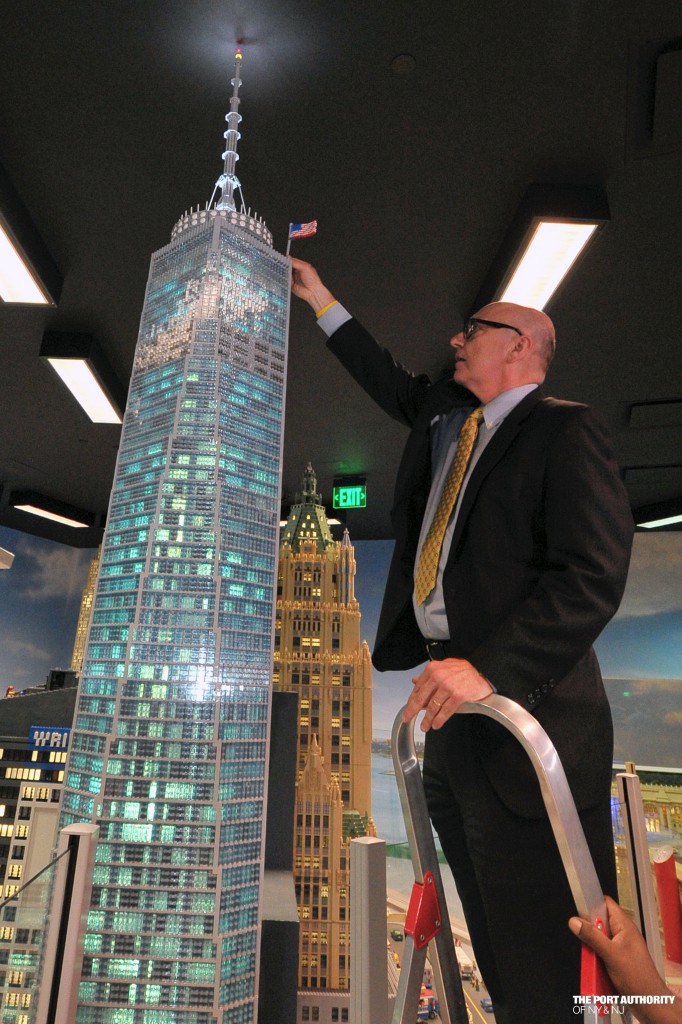 Yonkers, NY, USA — As members of the Port Authority Police Honor Guard displayed their colors and the Pipes and Drums play, a darkened room was illuminated when Steve Plate, Port Authority Director of World Trade Center Construction, fliped a switch to light an intricately detailed, 12 foot-tall model of One World Trade Center (One WTC) built out of more than 4,000 LEGO bricks, during its unveiling on Friday, June 28  at LEGOLAND® Discovery Center Westchester. 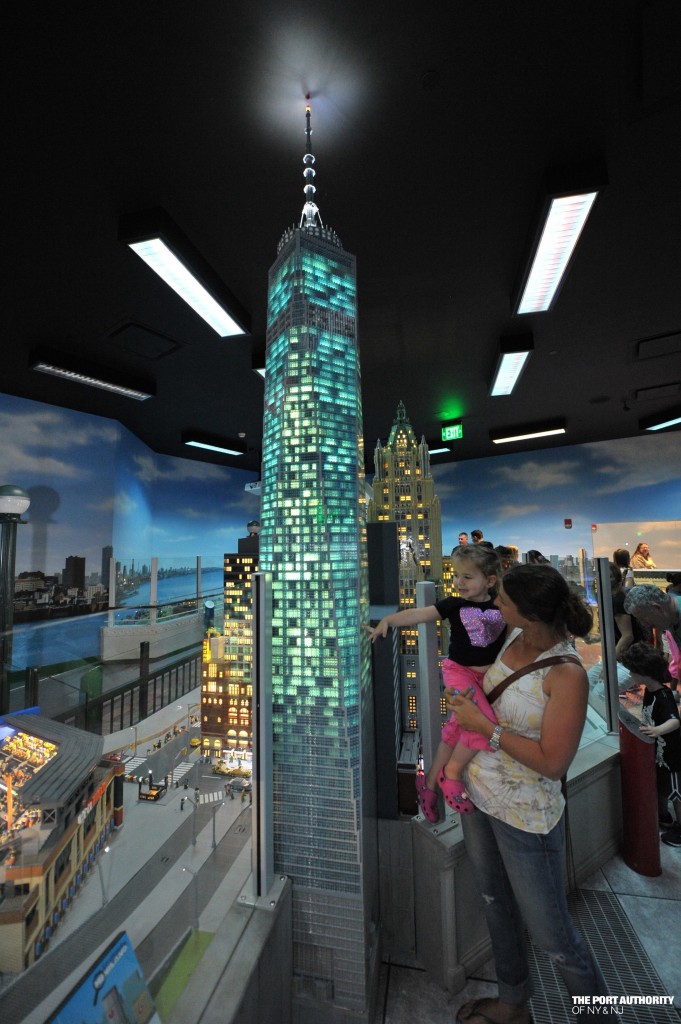 The model was meticulously re-created by a team of expert LEGO model builders entirely out of 4,873 LEGO bricks, taking more than 260 hours to design and build.  Weighing-in at nearly 100 lbs., the model re-creates One WTC’s distinctive architecture and design with LEGO bricks, from its dynamic, shimmering glass surface all the way up to its magnificent spire, for the creation of which the Port Authority provided guidance in order to accurately be duplicated in LEGO bricks.  One WTC is being added to MINILAND, the attraction’s signature re-creation of landmark locations and buildings throughout New York City and Westchester County. 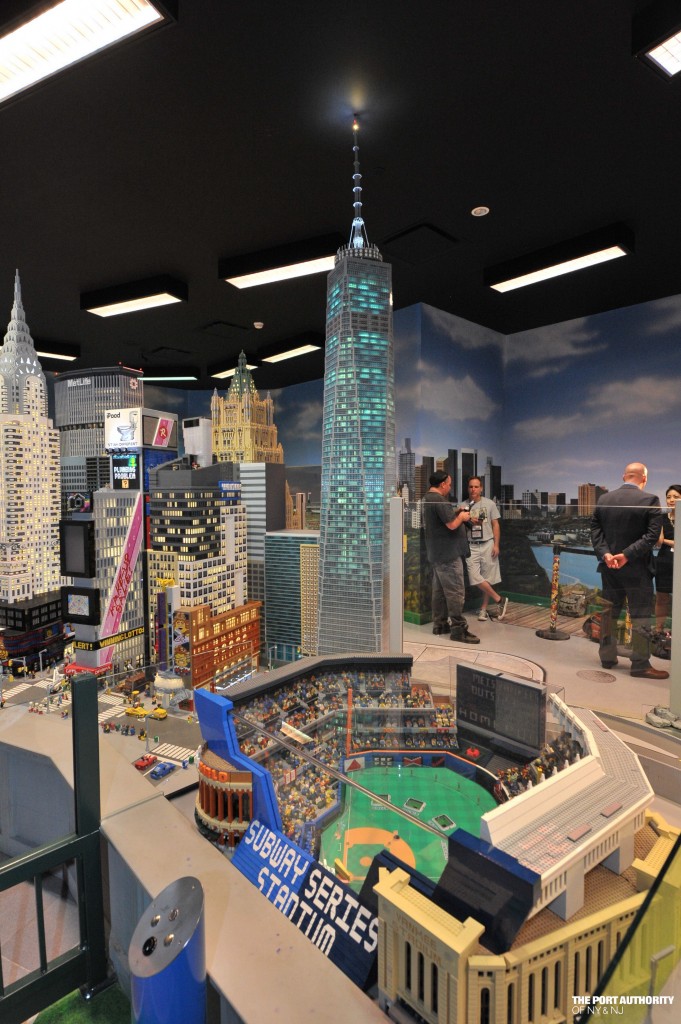 Every five minutes the One WTC model and MINILAND complete a day to night cycle, with the building and landmark locations illuminated as appropriate for the time of day.  Adding to the atmosphere are hundreds of interactive LEGO MINIFIGURES and vehicles, and sounds including, moving mini cars, trucks and boats; a working subway train accompanied by familiar sounds; and a mini rock band jamming in Central Park, among other authentic sights and sounds of New York City and Westchester.

Joe Kleimanhttp://wwww.themedreality.com
Raised in San Diego on theme parks, zoos, and IMAX films, InPark's Senior Correspondent Joe Kleiman would expand his childhood loves into two decades as a projectionist and theater director within the giant screen industry. In addition to his work in commercial and museum operations, Joe has volunteered his time to animal husbandry at leading facilities in California and Texas and has played a leading management role for a number of performing arts companies. Joe previously served as News Editor and has remained a contributing author to InPark Magazine since 2011. HIs writing has also appeared in Sound & Communications, LF Examiner, Jim Hill Media, The Planetarian, Behind the Thrills, and MiceChat His blog, ThemedReality.com takes an unconventional look at the attractions industry. Follow on twitter @ThemesRenewed Joe lives in Sacramento, California with his wife, dog, and a ghost.
Share
Facebook
Twitter
Linkedin
Email
Print
WhatsApp
Pinterest
ReddIt
Tumblr
Previous article
Electrosonic Provides A/V Solutions to JCB’s New Brand Experience Center
Next article
Premier Rides Introduces World’s Highest and Fastest Looping Coaster to Rave Reviews