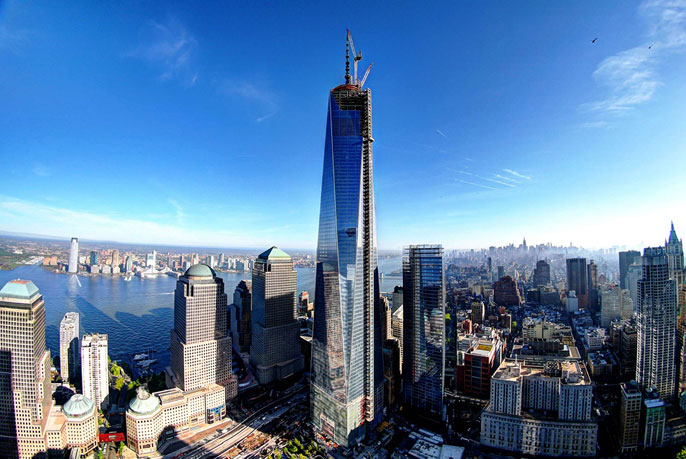 Yonkers, NY — With New York City’s skyline growing to include One World Trade Center and its magnificent, recently installed spire, LEGOLAND® Discovery Center Westchester has announced that MINILAND — the venue’s signature re-creation of landmark locations and buildings throughout New York City and Westchester County — will experience a similar change as a LEGO® model of the historic building will be unveiled for the first time and installed in the attraction on Friday, June 28 at Ridge Hill in Yonkers.

“One World Trade Center is a marvel of design and construction that is a perfect addition to the New York City skyline,” said Chris Mines, General Manager of LEGOLAND Discovery Center Westchester.  “Similar to its real world counterpart, our model of One World Trade Center is a beautiful feat of engineering, but with LEGO bricks, and we know everyone will enjoy seeing this new addition to the MINILAND skyline.”

The model was painstakingly re-created by a team of expert LEGO® model builders entirely out of 4,873 LEGO bricks, taking more than 260 hours to design and build.  Standing at 11.45 feet tall and weighing-in at nearly 100 lbs., the model re-creates One World Trade Center’s distinctive architecture and design with LEGO bricks, from its dynamic, shimmering glass surface all the way up to its incredible spire and beacon, for the creation of which the Port Authority provided guidance in order to accurately be duplicated in LEGO bricks.

At 1,776 feet tall, One World Trade Center is the tallest building in the Western Hemisphere and third tallest in the world. Built by The Port Authority of New York and New Jersey this building sets new standards of design, construction and prestige, and heralds the renaissance of Downtown Manhattan.  One World Trade Center is the new icon of New York’s magical skyline and the most recognized and desirable office address in the world.

Joe Kleimanhttp://wwww.themedreality.com
Raised in San Diego on theme parks, zoos, and IMAX films, InPark's Senior Correspondent Joe Kleiman would expand his childhood loves into two decades as a projectionist and theater director within the giant screen industry. In addition to his work in commercial and museum operations, Joe has volunteered his time to animal husbandry at leading facilities in California and Texas and has played a leading management role for a number of performing arts companies. Joe previously served as News Editor and has remained a contributing author to InPark Magazine since 2011. HIs writing has also appeared in Sound & Communications, LF Examiner, Jim Hill Media, The Planetarian, Behind the Thrills, and MiceChat His blog, ThemedReality.com takes an unconventional look at the attractions industry. Follow on twitter @ThemesRenewed Joe lives in Sacramento, California with his wife, dog, and a ghost.
Share
Facebook
Twitter
Linkedin
Email
Print
WhatsApp
Pinterest
ReddIt
Tumblr
Previous article
Farmer Attraction Development Scares Up New Haunted Dark Ride for Linnanmäki
Next article
IAAPA Delegation Enjoys Themed Malaysian Dining Experience at Lat’s Place