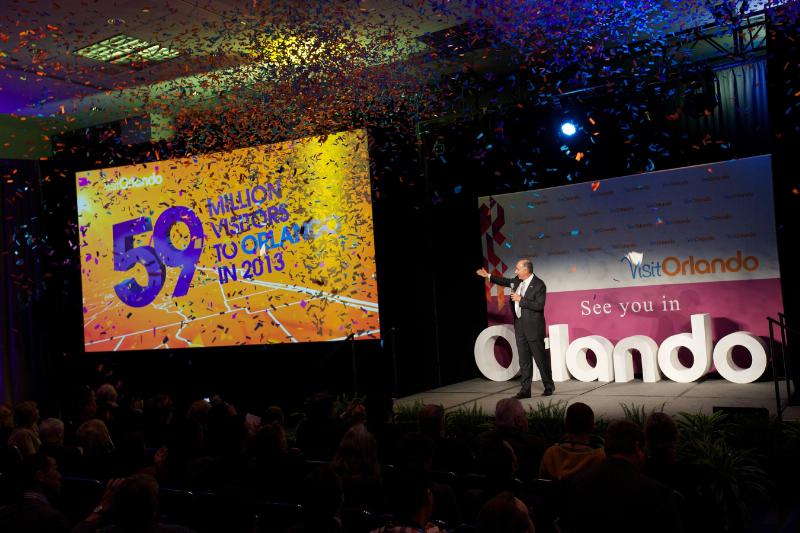 [quote]Thanks to the strong global marketing and sales efforts of our team at Visit Orlando and the leadership of our tourism members and community leaders who share a common vision for our destination, Orlando continues to lead the nation as its most visited destination.” — George Aguel, Visit Orlando President and CEO[/quote]

The news was made on April 9 at IPW, the premier international travel conference hosting more than 6,000 buyers, suppliers and media.

Orlando is experiencing one of the most significant expansion periods in the destination’s history. Universal Orlando Resort will open the world’s first centrally themed, multi-park experience this summer by expanding The Wizarding World of Harry Potter across both of its theme parks. SeaWorld Orlando recently opened Antarctica: Empire of the Penguin – the biggest expansion in its company’s history, while Walt Disney World Resort will complete a multiyear project that is doubling the size of Fantasyland when it debuts the Seven Dwarfs Mine Train coaster this summer.

If that was not enough, a variety of additional attractions and enhancements to the popular retail, dining and entertainment districts are underway. By 2017, Orlando will be among the first destinations with on-airport intermodal facilities in the U.S. and the first airport in Florida to conveniently support air travel, ground transportation and rail.

Joe Kleimanhttp://wwww.themedreality.com
Raised in San Diego on theme parks, zoos, and IMAX films, InPark's Senior Correspondent Joe Kleiman would expand his childhood loves into two decades as a projectionist and theater director within the giant screen industry. In addition to his work in commercial and museum operations, Joe has volunteered his time to animal husbandry at leading facilities in California and Texas and has played a leading management role for a number of performing arts companies. Joe previously served as News Editor and has remained a contributing author to InPark Magazine since 2011. HIs writing has also appeared in Sound & Communications, LF Examiner, Jim Hill Media, The Planetarian, Behind the Thrills, and MiceChat His blog, ThemedReality.com takes an unconventional look at the attractions industry. Follow on twitter @ThemesRenewed Joe lives in Sacramento, California with his wife, dog, and a ghost.
Share
Facebook
Twitter
Linkedin
Email
Print
WhatsApp
Pinterest
ReddIt
Tumblr
Previous articleMacGillivray Freeman Films to Be Honored for 50 Years of Filmmaking Achievements at Newport Film Festival
Next article100th Cruden Racing Simulator to be Displayed at Asian Attractions Expo