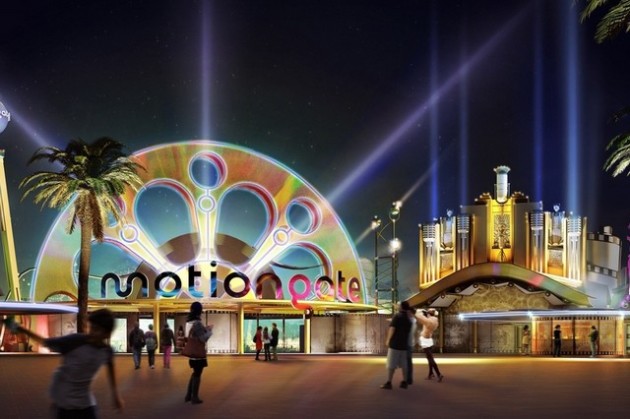 Dubai, UAE — InPark Magazine has confirmed that Spanish park operator Parques Reunidos has been contracted by Dubai Parks and Resorts LLC, a Merass Holding company, to manage two movie-themed parks within the new theme park resort area – motiongate Dubai and Bollywood Parks Dubai. This brings to five the number of studio theme parks under Parques Reunidos management, the others being Movie Park Germany, Parque Warner Madrid, and the under construction Paramount Park in Spain.

Featuring DreamWorks Animation franchises, the zone will feature 12 engaging attractions and new-generation rides, as well as themed dining and retail outlets that provide unique experiences through the use of innovative media and creative storytelling.

motiongate Dubai will encompass a total of four million square feet and is anticipated to attract three million visitors a year. The theme park will host four zones with a total of 27 attractions, as well as a vibrant retail, dining and entertainment options across all areas.

Raed Al Nuaimi, CEO of Dubai Parks and Resorts LLC, said: “We are extremely proud of our alliance with DreamWorks Animation. Working with the studio has been a rewarding experience with its creativity serving as an inspiration for the overall planning of Dubai Parks and Resorts. The zone at motiongate Dubai will offer incredible up close and personal interactions for guests with DreamWorks Animation’s strong character portfolio that holds timeless appeal. The themed zone will also add an exhilarating dimension to Dubai’s tourism offerings and give one more reason for visitors around the world to include Dubai as must-visit holiday destination.”

Yoshi Maruyama, Head of Location Based Entertainment for DreamWorks Animation said: “We are thrilled to bring our popular characters and stories through immersive experiences to families in the Middle East.”

Dubai Parks and Resorts brings to life the leadership’s vision of positioning Dubai as a formidable global tourist destination. Strategically located in Jebel Ali between Dubai and Abu Dhabi, the leisure and entertainment project is scheduled for completion in 2016. Future additions include a Six Flags branded park, a marine life park, and a nighttime safari.  The entire complex is expected to be completed in time for Dubai’s EXPO 2020.