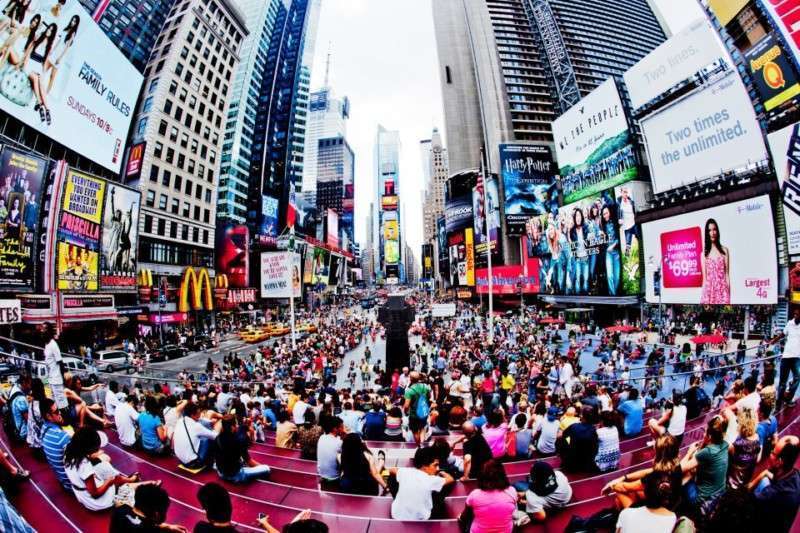 Lionsgate and Parques Reunidos have kicked off their strategic partnership by announcing their first Lionsgate branded indoor entertainment center, set to open in New York City’s Times Square in 2019.

Lionsgate Entertainment City will feature attractions built around multiple iconic Lionsgate film and television properties including Mad Men, The Hunger Games and the most recent installment of the John Wick franchise.  It will be located in the heart of a Times Square neighborhood that attracts over 50 million visitors annually and is the first of several branded indoor entertainment centers that the two companies are planning for high traffic urban areas in major U.S. and European cities.

“We’re delighted to kick off our partnership with Parques Reunidos in midtown Manhattan, and we look forward to extending our alliance to other major U.S. and European cities as we continue to grow our location-based entertainment business around the world,” said Lionsgate Senior Vice President of Global Live and Location Based Entertainment Jenefer Brown. “Lionsgate Entertainment City celebrates so many of our greatest film and television properties and provides their fans with a unique immersive experience featuring state-of-the-art technology right in the heart of the city.”

“We are very excited to collaborate with Lionsgate in this new project, which is a big milestone for our strategy to develop Indoor Entertainment Centers (IECs) in shopping malls and landmark buildings. Lionsgate Entertainment City will be our sixth IEC, following the five we announced in 2016 which are underway in Europe. We hope that, through this strategy, we will develop 20 other centers in the coming years and we will become a worldwide leader in this form of entertainment,” said Fernando Eiroa, CEO of Parques Reunidos.

The Mad Men themed dining and lounge experience, which is inspired by the landmark television series from creator Matthew Weiner, will offer fans an opportunity to step back in time and enjoy a night on the town inspired by the show’s 1960’s décor and decadence.  Lionsgate Entertainment City will also include: a Hunger Games flying simulator attraction taking fans on an exciting rescue mission through The Capitol; the Dauntless Challenge Course, a Divergent themed obstacle course; the John Wick: Chapter Two shooting ride where fans go head-to-head with a series of assailants; a theatre that will host a variety of 4D film and live show experiences; and virtual reality entertainment, including a Nerve VR motorcycle thrill experience.

The attractions will be complemented by branded retail and dining establishments, including a Lionsgate Café, the Hunger Games-inspired Peeta’s Bakery and The Capitol Confectionery, along with the first-ever Lionsgate Studio Store.  The entertainment center will also feature party rooms for private events and special programing that can be customized for Lionsgate properties.

Lionsgate’s growing location-based entertainment business now encompasses planned attractions in the U.S., Europe, the Middle East and Asia.  The Company recently announced the launch of the outdoor theme park Lionsgate Movie World at Jeju Island, South Korea.  The indoor theme park Lionsgate Entertainment World is currently under development in Hengqin, China, and the Lionsgate Zone of the Motiongate theme park is slated to open in Dubai later this fall.

Joe Kleimanhttp://wwww.themedreality.com
Raised in San Diego on theme parks, zoos, and IMAX films, InPark's Senior Correspondent Joe Kleiman would expand his childhood loves into two decades as a projectionist and theater director within the giant screen industry. In addition to his work in commercial and museum operations, Joe has volunteered his time to animal husbandry at leading facilities in California and Texas and has played a leading management role for a number of performing arts companies. Joe previously served as News Editor and has remained a contributing author to InPark Magazine since 2011. HIs writing has also appeared in Sound & Communications, LF Examiner, Jim Hill Media, The Planetarian, Behind the Thrills, and MiceChat His blog, ThemedReality.com takes an unconventional look at the attractions industry. Follow on twitter @ThemesRenewed Joe lives in Sacramento, California with his wife, dog, and a ghost.
Share
Facebook
Twitter
Linkedin
Email
Print
WhatsApp
Pinterest
ReddIt
Tumblr
Previous article
Polin Designed Attractions Garner Multiple European Star Awards
Next article
Picsolve to Provide Imaging Technology Services at Macau’s Studio City Resort