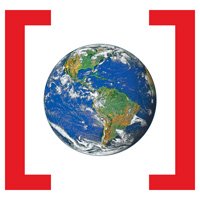 Dallas, TX, USA (December 16, 2013) — Festive despite the frosty temperatures, the Perot Museum of Nature and Science marked its first birthday Saturday with vertical dancing on the concrete walls of the Museum cube, birthday cake, fireworks and even a hip-hip-hooray led by Ross Perot. Beneath the festivities was a heartfelt message repeated over and over – thank you to all who played a role in a remarkable inaugural year.

“We opened our doors to the public on December 1, 2012, and since that first day, we’ve been totally overwhelmed with the show of support from the North Texas community,” said Nicole Small, Eugene McDermott Chief Executive Officer. “Never in our wildest dreams did we imagine having almost 1.4 million visitors in our first year!”

Small thanked donors – including the Perot family, founding donors, board members and others – for making the museum a reality; the people of North Texas for embracing science education so warmly; the museum’s 1,286 volunteers who gave almost 50,000 hours of service this year; the 47,000-plus Perot Museum members for their support; the Museum staff who delivered over-the-top efforts this year; and to the media who kept interest alive in the Museum. She also mentioned that the Museum provided 375,000 school-group experiences, and that donors provided financial aid to over 90,000 students and 25 school districts.

She acknowledged the Dallas Convention and Visitors Bureau for their “tireless, amazing work” in reaching out to and bringing in journalists, meeting planners, tourists, conventioneers and more from the U.S. and around the world to tell the story of Dallas’ vibrancy.

“When the museum was first announced, we immediately began to tell our domestic and international clients and media, and the enthusiasm was very strong from the beginning. Since it opened, it has quickly become one of our main attractions for visitors and residents, and is now woven into the fabric of our city,” said Phillip Jones, president and CEO of the Dallas Convention & Visitors Bureau. “We’ve included it in Dallas’ new branding campaign, advertising and site visits for future conventions and meetings.”

Small also expressed her appreciation to the City of Dallas for its support during the building process and during the first year.

“Our congratulations to the Perot Museum for redefining science education in the minds of many children and adults by making science cool, engaging, inspiring and fun,” said Dallas Deputy Mayor Pro Tem Monica Alonzo. “What a tremendous gift – the Museum has not only inspired our children to seek science careers, but it also will help us to build our workforce of the future, which is so important in maintaining Dallas’ vitality.”

Acknowledging the success of the first year, Perot Museum board chair Carolyn Perot Rathjen noted that year two is even brighter with two traveling exhibitions coming in 2014 – World’s Largest Dinosaur, scheduled to open early April. Also, a major partnership involving a renowned scientific organization will be unveiled in early 2014, and popular programs like spring break and summer camps, adult-only Social Science events and more are returning in year two.

“Our members and visitors have been terrific with providing really good feedback throughout the year, and we’ve learned so much from them,” said Rathjen. “As is the case with any organization whether it’s a nonprofit or a Fortune 500 company, we’re going to be constantly striving to grow and improve – it’s going to be an exciting year.”

Highlights of Saturday’s event included Ross Perot leading his favorite hip-hip-hooray cheer as an intro to a riveting performance by BANDALOOP, whose strength and artistry kept visitors watching in awe. BANDALOOP, who performed at last year’s opening day ceremonies, is an internationally renowned vertical movement dance troupe that seamlessly weaves dynamic physicality, intricate choreography, and the art of climbing to turn the dance floor on its side.

Following BANDALOOP’S performance, visitors sang the traditional “happy birthday” song as the cake’s single candle was blown out, fireworks shot from the rooftop, and cupcakes were enjoyed by all. Providing a lively musical backdrop to the chilly morning was the Barack Obama Male Leadership Academy Jazz Ensemble.

Joe Kleimanhttp://wwww.themedreality.com
Raised in San Diego on theme parks, zoos, and IMAX films, InPark's Senior Correspondent Joe Kleiman would expand his childhood loves into two decades as a projectionist and theater director within the giant screen industry. In addition to his work in commercial and museum operations, Joe has volunteered his time to animal husbandry at leading facilities in California and Texas and has played a leading management role for a number of performing arts companies. Joe previously served as News Editor and has remained a contributing author to InPark Magazine since 2011. HIs writing has also appeared in Sound & Communications, LF Examiner, Jim Hill Media, The Planetarian, Behind the Thrills, and MiceChat His blog, ThemedReality.com takes an unconventional look at the attractions industry. Follow on twitter @ThemesRenewed Joe lives in Sacramento, California with his wife, dog, and a ghost.
Share
Facebook
Twitter
Linkedin
Email
Print
WhatsApp
Pinterest
ReddIt
Tumblr
Previous article
Electrosonic Provides AV Services to Annenberg Space for Photography’s Skylight Studios
Next article
Premier Rides President Jim Seay Awarded for Lifetime Service by IAAPA