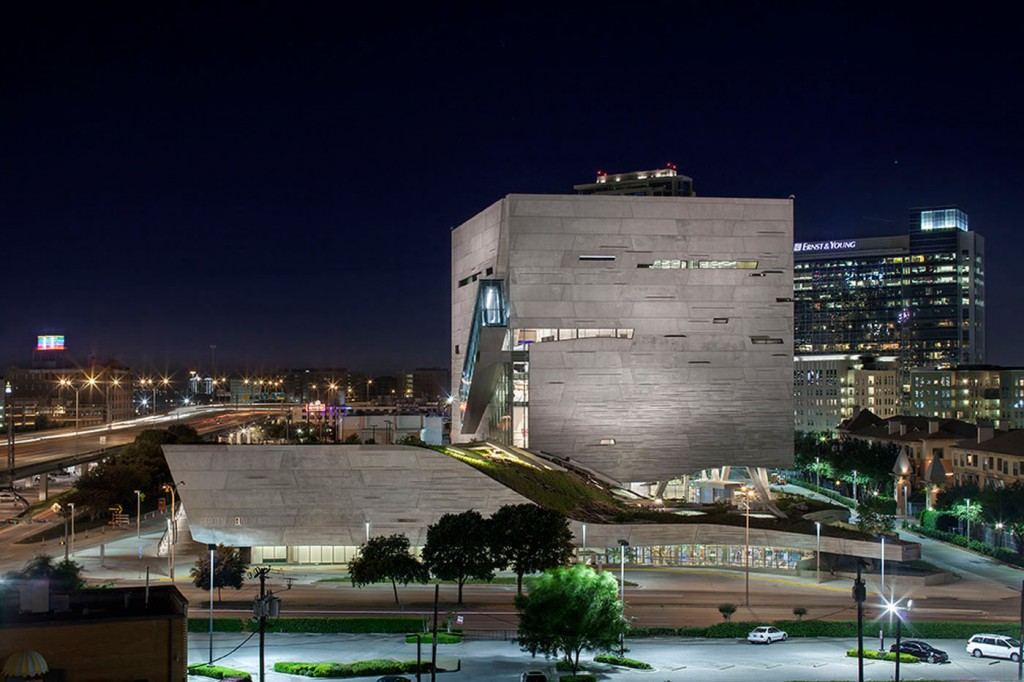 Dallas, TX, USA (July 15, 2013) /PRNewswire-USNewswire/ — Less than eight months since its December 1 debut to the general public, the Perot Museum of Nature and Science in Dallas has topped the 1 million mark in visitors coming through the doors, a milestone reached much earlier than museum officials anticipated. The millionth visitor walked through the doors sometime late Friday afternoon (July 12).

“We opened the Perot Museum on December 1 knowing there was a gap in science education, and we hoped the new museum would play a major role in filling it,” said Nicole Small, Eugene McDermott chief executive officer of the Perot Museum of Nature and Science. “We are absolutely thrilled that people from across North Texas, the state and even the world have so enthusiastically embraced our mission to inspire minds through nature and science.”

Since opening, the Perot Museum has played host to visitors who’ve participated in over a million visitor experiences – from engaging in activities and displays in the 11 exhibit halls and viewing films in The Hoglund Foundation Theater, to participating in spring break and summer camps, sleepovers, birthday parties, public programs, and adult social gatherings and evening events. While the majority of patrons come from the North Texas area, as word gets out about the Perot Museum, a growing number are traveling to Dallas from places throughout the United States and even dozens of countries representing every continent in the world.

The $185 million Perot Museum is named in honor of Margot and Ross Perot , the result of a $50 milliongift by their adult children. The Museum is located on a 4.7-acre site just north of downtown Dallas. The building was designed by 2005 Pritzker Architecture Prize Laureate Thom Mayne and his California firm, Morphosis Architects. The landscape architecture, which reflects Texas’indigenous ecosystems and demonstrates a living system that will evolve naturally over time, was created by Dallas-based Talley Associates.

During popular holidays and on many weekends, the Perot Museum has sold out. Because of the sell-outs and because the Perot Museum is selling timed tickets, visitors – including Perot Museum members – are encouraged to get tickets online in advance at perotmuseum.org.

Small acknowledges that the first eight months have been an exciting learning experience for the Museum as well.

“The Perot Museum staff is very grateful to have so many visitors engaging with us, writing us letters, sending us emails and making calls about what they like and love as well as things they think we can do better,” said Small. “Our hope is that the educational and ‘aha’ moments never stop and improvements never cease. Because inspiring minds is what we are about, and we want to be here for generations to come.”

Perot Museum of Nature and Science Opens to the Public in Dallas, Texas

Joe Kleimanhttp://wwww.themedreality.com
Raised in San Diego on theme parks, zoos, and IMAX films, InPark's Senior Correspondent Joe Kleiman would expand his childhood loves into two decades as a projectionist and theater director within the giant screen industry. In addition to his work in commercial and museum operations, Joe has volunteered his time to animal husbandry at leading facilities in California and Texas and has played a leading management role for a number of performing arts companies. Joe previously served as News Editor and has remained a contributing author to InPark Magazine since 2011. HIs writing has also appeared in Sound & Communications, LF Examiner, Jim Hill Media, The Planetarian, Behind the Thrills, and MiceChat His blog, ThemedReality.com takes an unconventional look at the attractions industry. Follow on twitter @ThemesRenewed Joe lives in Sacramento, California with his wife, dog, and a ghost.
Share
Facebook
Twitter
Linkedin
Email
Print
WhatsApp
Pinterest
ReddIt
Tumblr
Previous articleRare Giant Panda Gives Birth to Twins at Zoo Atlanta
Next articleChina Conversations: YAOX5D