PGAV Destinations Marks 2012 With Over $1 Billion in Projects 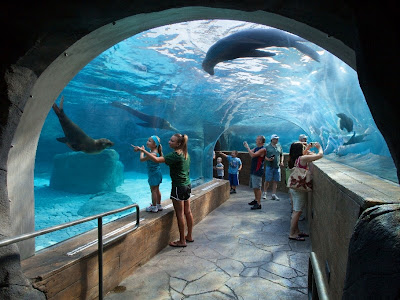 St. Louis, MO, USA — PGAV Destinations, home-grown and based in St. Louis, is pleased to announce that another banner year has secured it as the world’s largest independent destination design firm in the world.

PGAV’s 2012 year-in-review report offers a glimpse of the work that talented architects, designers, and specialists have been developing around the world, leading to more than $1 billion in project openings, groundbreakings, and announcements this year alone. Many more projects are in development, but here is a sampling of the projects from PGAV Destinations’ year.

Turtle Trek opened at SeaWorld Orlando in April, with a reimagining of the existing manatee area with two new naturalistic saltwater and freshwater habitats for manatees and turtles, new retail space, interpretives, and interiors all leading guests through the lives of sea turtles and an important conservation message.

The new front gate entry experience opened this December at theKennedy Space Center. Including brand new services, ticketing, retail, and a renovated restaurant, the front gate project brings color, excitement, and a new sense of anticipation to the entry experience and welcomes visitors to explore.

Aquatica, SeaWorld’s waterpark, opened in San Antonio this spring, the second of three SeaWorld Aquaticas (San Diego was announced this November). Inspired by the setting and atmosphere of the South Sea Islands, the 42,000 sq. ft. park offers a blend of up-close animal experiences, calm and exciting water attractions, and sandy beaches.

Sea Lion Sound opened this summer at the Saint Louis Zoo, featuring a 35-foot-long walk-through tunnel, the first of its kind in North America. The Pacific Northwest-inspired design by PGAV Destinations also incorporates grounds for an award-winning Sea Lion Show and plenty of habitats for California sea lions and harbor seals.

Verbolten opened at Busch Gardens Williamsburg in May, the most technologically advanced roller coaster ever built at Busch Gardens. With a storyline inspired by Grimm’s fairy tales, riders’ journey through the Black Forest includes an 88-foot drop and nearly 3,000 feet of track.

The Kennedy Space Center stores opened this year at the Orlando Airport, serving as ambassadors to NASA, inspiring customers to support the exploration of space and technology. The retail space provides a clean, modern and comfortable environment in which to promote the authenticity of Kennedy Space Center as a unique Orlando destination.

Also opening in May was Manta at Sea World San Diego. The multi-sensory attraction features a 270-degree projected media experience at launch, multiple coasters, and the Forbidden Reef exhibit, a one-of-a-kind home to hundreds of fish including bat rays, guitar fish, and more. 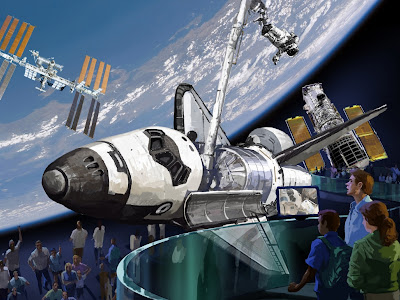 Construction began on two exciting PGAV Destinations projects in 2012. In January, ground was broken at the Kennedy Space Center in Florida as the new home for the space shuttle Atlantis began. The shuttle safely arrived at the site in late October, and the new attraction is slated to open to the public in summer 2013.

This fall, the Columbus Zoo broke ground on Safari Africa!, the new 43-acre African Savannah that will include a marketplace, restaurant, art-making hub, and a host of animals in close encounters and open grasslands, from monkeys to lions. Safari Africa! is slated to open in spring 2014.

Construction continues on the world-class Chimelong Hengqing Ocean Kingdom in Zhuhai, China. The 50 hectare marine theme park, full of rides, shows, and animal exhibits, is being developed by the Chimelong Group, owners of Chimelong Paradise and Chimelong Waterpark, the third-largest waterpark in the world.

This year’s Golden Ticket Awards, hosted by Amusement Today, granted its “Turnstile Award” to Manta at SeaWorld San Diego and its“Best New Amusement Park Ride of 2012” to Wild Eagle of Dollywood, just as both coasters obtained their one-millionth rider. Manta was recognized for its innovative incorporation of an action-packed roller coaster and a powerful marine education component, while Wild Eagle served as the world’s first “winged coaster.” 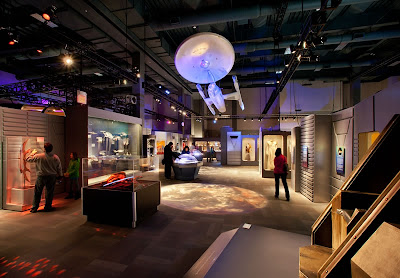 The Industrial Fabrics Association International this year recognized the Saint Louis Zoo Sea Lion Arena with an Outstanding Achievement Award, and the new Boeing Hall at the St. Louis Science Center an Award of Excellence. Boeing Hall was also recognized by Engineering News Record as the “Best Small Project” in the Midwest for 2012.

In 2012, PGAV Destinations published its latest research project, “The Art of the Family Vacation.” The study demystified recent family vacation trends, investigating the inner workings of the family mind-set as they plan, enjoy, and process their vacations and staycations around the country and world. The firm additionally shared its insightsaround the country by providing keynote speakers and panel facilitators at the Missouri Governors Conference, Illinois Association of Museums Annual Conference, the Association of Partners for Public Lands, and the national conferences of AZA, AZFA, SATE, and IAAPA.

2012 has been a record year of successes for PGAV Destinations, and 2013 will provide many new openings, project announcements, ground breakings, master plans, and research.

PGAV’s key clients include industry leaders such as Delaware North Companies, SeaWorld Parks and Entertainment, the Biltmore Companies, Bass Pro Shops, Ameristar Casinos, Universal Studios, The Gettysburg Foundation, The National Aviary, and many others. Recent assignments include planning and design at many of the world’s “must see” destinations, including the Grand Canyon, Biltmore Estate, Kennedy Space Center, Hearst Castle, the Georgia Aquarium, the Hoover Dam, and SeaWorld Adventure Parks.www.PGAVDestinations.com

Joe Kleimanhttp://wwww.themedreality.com
Raised in San Diego on theme parks, zoos, and IMAX films, InPark's Senior Correspondent Joe Kleiman would expand his childhood loves into two decades as a projectionist and theater director within the giant screen industry. In addition to his work in commercial and museum operations, Joe has volunteered his time to animal husbandry at leading facilities in California and Texas and has played a leading management role for a number of performing arts companies. Joe previously served as News Editor and has remained a contributing author to InPark Magazine since 2011. HIs writing has also appeared in Sound & Communications, LF Examiner, Jim Hill Media, The Planetarian, Behind the Thrills, and MiceChat His blog, ThemedReality.com takes an unconventional look at the attractions industry. Follow on twitter @ThemesRenewed Joe lives in Sacramento, California with his wife, dog, and a ghost.
Share
Facebook
Twitter
Linkedin
Email
Print
WhatsApp
Pinterest
ReddIt
Tumblr
Previous article
Wet ‘n’ Wild Las Vegas Announces Senior Management
Next article
Making Mammoth