Renovations Near Completion on PGAV Headquarters 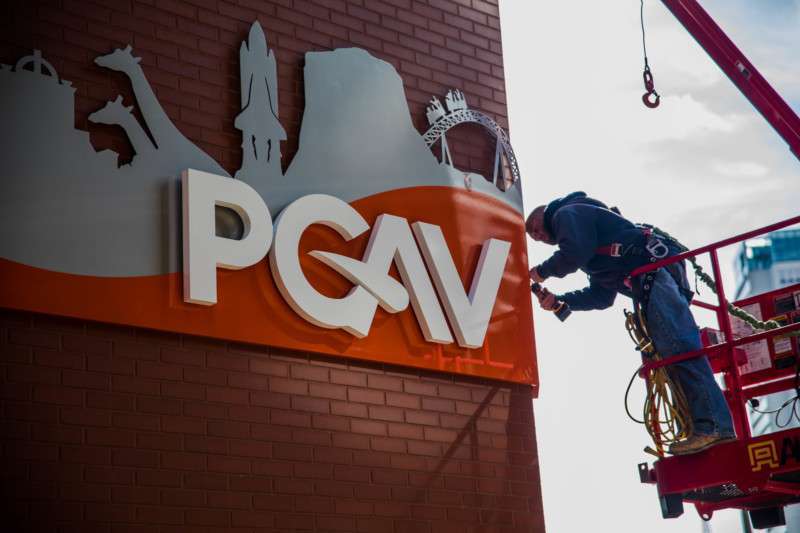 With the installation of new signage at the corner of Broadway and Pine, PGAV’s five-month renovation of its 200 N. Broadway studio in Downtown St. Louis nears its completion, reinvesting in the central and creative corridors.

With such a rapidly-expanding team, as well as roster of diverse projects around the country, PGAV will nearly double its space in its current downtown location, within the 20-story building which was designed by PGAV in the 1980s. 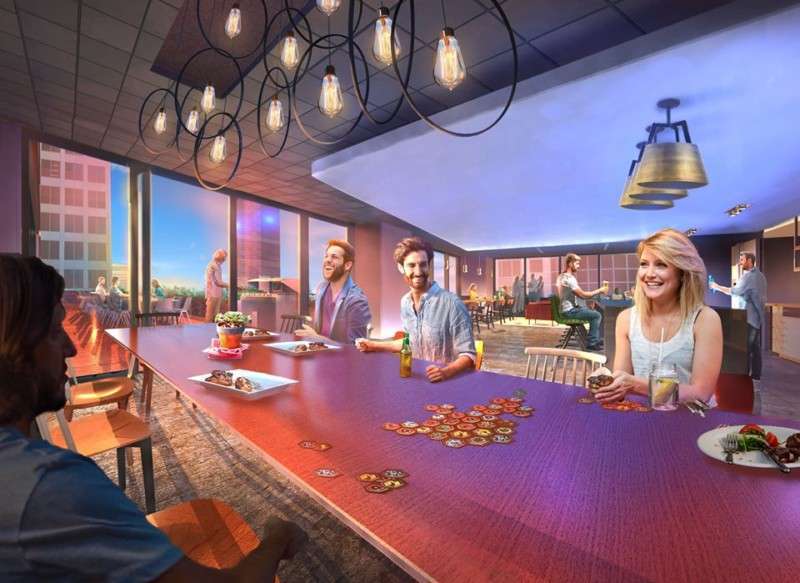 “It’s been a thrilling time for our firm as decades of momentum has culminated in one of the most rapid and healthiest growth periods in our history,” said Mike Konzen, Chair and Principal of PGAV. “It’s important for us to celebrate and reinvest that success in the “creative corridor” of St. Louis, which has been our home for more than fifty years and our intended home for at least the next decade.”

PGAV is partnering with numerous hometown entities to complete the firm’s newest vision:

Beginning in St. Louis in the mid-1960s, PGAV (Peckham, Guyton, Albers, and Viets) has expanded throughout the decades into three distinct, yet collaborative divisions. PGAV Architects designs marquee facilities for universities, hospitals, libraries, workplaces, and more across the country. PGAV Planners conducts planning, design, and consulting services for public, corporate, and institutional clients; and PGAV Destinations generates master plans and attraction design for theme parks, zoos, aquariums, museums, and resorts across the world. 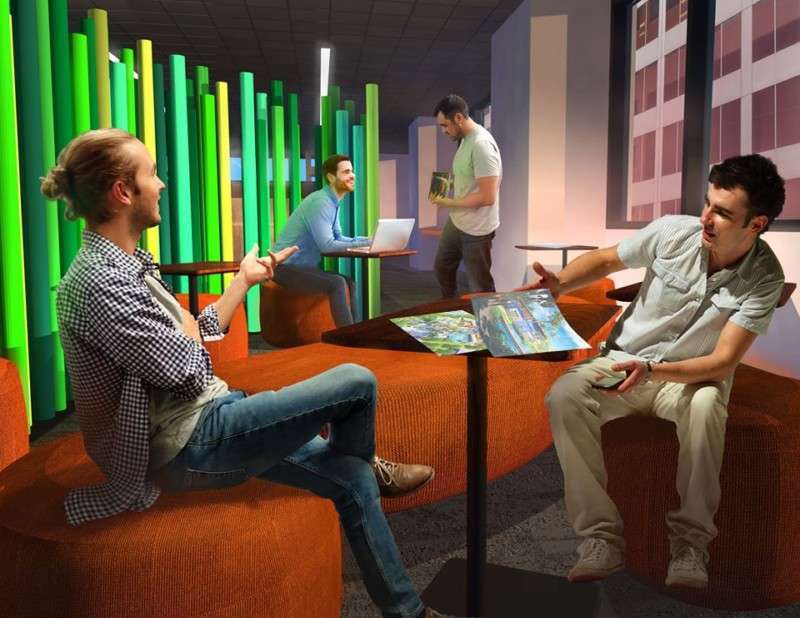 PGAV Destinations has had a significant impact on regional tourism by partnering with attractions such as the Scottrade Center, Saint Louis Cardinals, Anheuser-Busch, Missouri Botanical Garden, Saint Louis Zoo, and Ameristar among others. PGAV Planners has helped sculpt the civic landscape via its long-standing clients such as Cortex, Grand Center, University City, Maryland Heights, University of Washington, Crestwood, and Shrewsbury among others.

PGAV originally designed the entire office building at 200 N. Broadway to house numerous organizations. The building occupies the site of the former home of William Clark’s son, descendant of the famed leader of the Louisiana Purchase Expedition of the early 1800s.

Joe Kleimanhttp://wwww.themedreality.com
Raised in San Diego on theme parks, zoos, and IMAX films, InPark's Senior Correspondent Joe Kleiman would expand his childhood loves into two decades as a projectionist and theater director within the giant screen industry. In addition to his work in commercial and museum operations, Joe has volunteered his time to animal husbandry at leading facilities in California and Texas and has played a leading management role for a number of performing arts companies. Joe previously served as News Editor and has remained a contributing author to InPark Magazine since 2011. HIs writing has also appeared in Sound & Communications, LF Examiner, Jim Hill Media, The Planetarian, Behind the Thrills, and MiceChat His blog, ThemedReality.com takes an unconventional look at the attractions industry. Follow on twitter @ThemesRenewed Joe lives in Sacramento, California with his wife, dog, and a ghost.
Share
Facebook
Twitter
Linkedin
Email
Print
WhatsApp
Pinterest
ReddIt
Tumblr
Previous article
Warner Bros World Abu Dhabi Unveils First Attractions Based on DC and Cartoon Heroes
Next article
LEGOLAND Florida Resort to Open Great LEGO Race VR Coaster March 23